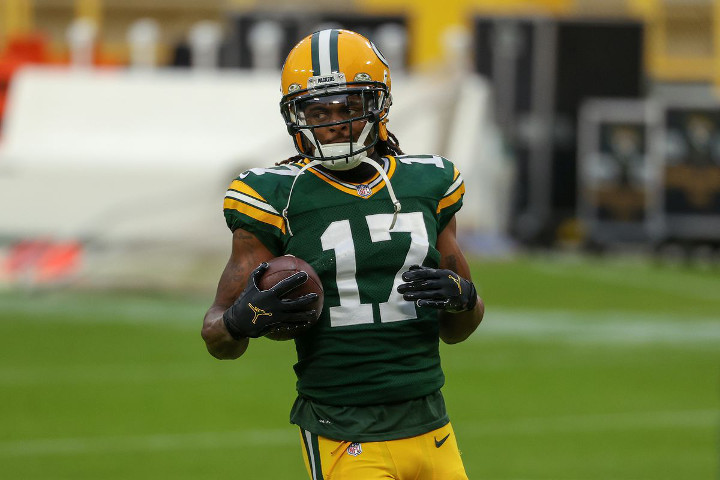 Mahomes is 3rd in FD salary among QBs. Looking at raw points, he’s 1st in our projections. Even against an upstart Miami defense, there’s enough value on this slate to justify paying up at QB.

I’ll have Jones and the Packer listed below in cash game lineups. There’s plenty to go around, as Green Bay enters the weekend implied for a week-high 31.5 points. No surprise there. Detroit enters allowing nearly 30 points per game.

Back in Week 2, Jones erupted agains the Lions for 18-168-2 on the ground (plus 4 grabs and a score through the air). Fresh off a strong outing against Philly (15-130-1), Jones should keep the momentum going against a struggling divisional foe.

The Vikings are down ace LB Eric Kendricks due to a calf injury. With him active, the Vikings have allowed nearly 24 PPR PPG to Dallas, Carolina and Jacksonville RBs over the past 3 games.

Jones’ numbers don’t look great over his last 2, but both games found him in a negative game script. His outlook improves Sunday with the Bucs entering as 6.5-point favorites with an implied total of 29.25.

Adams delivered in this space last week against Darius Slay and the Eagles. His price increased just $100 for an easier matchup against Detroit. The Lions have allowed the 2nd most fantasy points per game to enemy WRs over the past 3 weeks.

Adams, meanwhile, has remained on a torrid scoring streak. He’s already matched a career high in TDs (13). And he leads all pass catchers in targets inside the 10 yard-line (16). Adams is essentially acting as Green Bay's goal line back.

The Bears might be thin at WR this week; Darnell Mooney is questionable, per HC Matt Nagy. Even if he’s in, Robinson’s underpriced for his role as Chicago’s go-to target.

Sitting #1 in our $/point rankings, A-Rob has caught 6+ balls in 5 straight. The Texans are among the league’s most vulnerable teams at CB — especially without Bradley Roby (suspension).

Anderson should see a target boost with D.J. Moore (COVID list) a near lock to sit out. The veteran already enters the week averaging 8.6 targets per game. He’s seen 6+ in all but 1 outing.

Denver’s secondary is beat up at the moment; CBs A.J. Bouye and Bryce Callahan are sidelined. With Christian McCaffrey expected to miss another week, Anderson’s role looks further stabilized.

Kenny Golladay will miss another week. With the star WR sidelined over the past 5 games, Hockenson’s averaged 7.2 targets and 4.6 catches per outing. Only 1 score has followed over that stretch, but TD opportunities should arise Sunday against a high-scoring Packers squad. The Lions are 7.5-point underdogs.