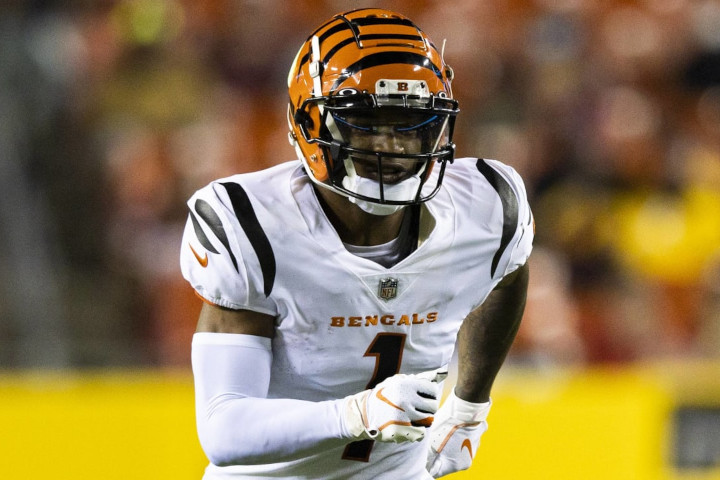 Last week we saw 5 games go over 50 points on the main slate and 7 teams score over 30 points. This week doesn’t project to be as high scoring, with only 1 game with an over/under above 50 and far less attractive stacking options to choose from. The key to tournament success this week will be spotting the “sleeper” games that may yield more points than Vegas is anticipating.

Mahomes and the Chiefs currently have a 28.75-point implied total, the highest on the main slate. The Raiders/Chiefs game is also projected to be the second-fastest game with both teams ranking top 12 in neutral situation pace of play. Mahomes’ 5-TD performance against Vegas in Week 10 may inflate his ownership, but his price point should keep it around 10%.

The Falcons are currently allowing the 2nd most adjusted fantasy points to the QB position and the 4th most rushing attempts to the position as well. Newton ran 10 times in the full game he started against Washington. He will attract some ownership due to his well-known rushing prowess, but people may be hesitant to trust him after getting benched in Miami.

The 49ers are a pass funnel defense, ranking 3rd in rush defense DVOA but 17th in pass defense DVOA. With Joe Mixon entering this game as a “game-time decision,” the Bengals will likely aim to expose the 49ers secondary with Jason Verrett on IR and Emmanuel Moseley out for this game. The last time Burrow faced a pass funnel defense was Baltimore (27th vs the pass, 5th vs the run) in Week 7.Burrow threw for over 400 yards and 3 TDs. Joe Mixon only carried the ball 12 times in that game.

The popular narrative recently has been that Elliott is “washed” or “done,” but following 10 days rest and Tony Pollard potentially out for this game, Zeke could be a very good contrarian play this week. The Cowboys are implied for 26.25 points against Washington, which bodes well for Zeke, who ranks top 3 in the NFL this season with 11 goal-line carries.

Robinson had a poor performance last week, which led to him being benched. This makes him a great contrarian play that will be overlooked for other RBs in his price range like Javonte Williams and Clyde Edwards-Helaire. Trevor Lawrence discussed his desire to see Robinson on the field more, so I expect him to return to the 80% snap share back he was before suffering his ankle injury.

Foreman saw 19 carries and 1 target in a blowout loss to the Patriots before the Titans bye in Week 12. The Titans are implied for the 5th most points on the main slate at 26.5 and are 8.5-point favorites against Jacksonville this week. Scoring will likely come through the run game with a limited receiving corps for Tennessee.

Chase faces a defense down their top 2 corners, and Josh Norman (his primary matchup) has given up 4 plays of 25+ yards this season. With Joe Mixon as a game-time decision in this game, we may see the Bengals rely more on the pass.The 49ers rank 14th in adjusted fantasy points allowed to WRs, before these CB injuries.

Before last week, Brown was on a 4-game streak of double-digit targets, including the Week 12 game vs. the Browns. The primary defender against Brown in that game, Greg Newsome, was added to the injury report on Friday with a concussion and has since been ruled out.

After being limited last Thursday night, Cooper is “a full go” this week and has the 6th easiest matchup for WRs in adjusted fantasy points allowed. CeeDee Lamb expects to be one of the most popular receivers, so playing Cooper even as a one-off to get exposure to this game could be an effective way to differentiate.

The Jets might be without Elijah Moore for this week as he deals with a quad injury. Crowder’s highest scoring fantasy performance came in Week 4 with Moore out. Additionally, Crowder has run 70% of his routes out of the slot this season, so he should avoid Marshon Lattimore.The Saints have allowed the 3rd most adjusted fantasy points to WRs.

Kelce has over 90 yards in 6 of 7 games vs. the Raiders dating back to Patrick Mahomes' first season as a starter in 2018. The Raiders simply have no one who can cover Kelce.His matchup advantage according to Pro Football Focus ranks #1 among all TEs this week.

The Buccaneers will be without SS Jordan Whitehead and FS/NCB Mike Edwards in this matchup.The middle of the field should be easily exploitable with the strong play of their outside corners, Carlton Davis and Jamel Dean. The Bucs are giving up the 9th most adjusted fantasy points to the TE position.

The Lions are expected to be without all of their best skill position players: D’Andre Swift, TJ Hockenson, and Jamaal Williams. Jared Goff in Mile High with no weapons warrants paying up for the Broncos.