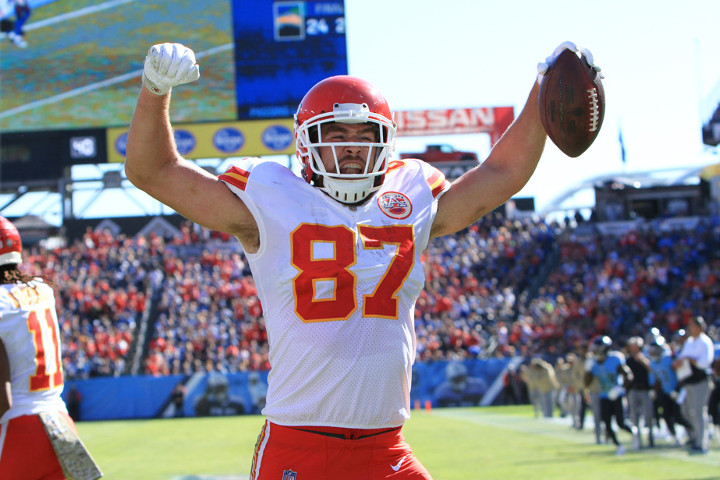 With Brees priced as the QB11 in a home matchup against the Chiefs, I will be using him in a bunch of game stacks and pairing him up with pass-catchers Alvin Kamara and Michael Thomas.

The matchup is a good one as the Chiefs have allowed top 8 finishes to 4 of the 5 past QBs they have faced, including Tua Tagovailoa and Derek Carr.

Both offenses should have success in this game with the total over 50 points and played in the Superdome with perfect conditions. Even if Brees doesn’t throw the ball deep, I think he will have plenty of success with short passes and should be able to engineer plenty of TD scoring drives. I’m expecting Brees to surpass the 300+ yard bonus and throw for multiple TDs, which will make him an easy top 10 option.

Wilson Jr. is underpriced if Raheem Mostert misses this game due to an ankle injury. Despite a limited role in the offense, Wilson Jr. has scored 5 TDs this season, including a 35-point game in Week 7 against the Patriots.

If Mostert misses this game, Wilson Jr. figures to lead the 49ers in carries against a Dallas defense that has given up the 12th most fantasy points to opposing RBs this season.

With San Francisco as a 3.5-point favorite, I would expect Wilson Jr. to touch the ball 15+ times and pay off his cheap price tag. If Mostert misses, I will be using Wilson Jr. in at least 20% of my GPP lineups.

Akers has a much better price on FanDuel but checks all the boxes this week as he has stepped up in a big way the last couple of weeks, establishing himself as the top dog in the offense after barely seeing the field in the first couple months of the season.

Akers has had 20+ carries in each of his last 2 games and parlayed 31 touches into 194 yards last week against the Patriots.

Now Akers gets the nut matchup as a 17.5-point home favorite against the defeated Jets. I’ll be looking to use him in at least 20% of my week 15 GPP lineups.

T.Y. is popping as the 2nd ranked points per dollar play, as he is underpriced on DK compared to FanDuel.

Hilton has looked explosive of late with over 81 yards and at least 1 TD in 3 straight games. He’s notoriously crushed Texans defenses as he did again just a few weeks ago with a season high 8 catches and 110 yards.

The Texans have given up the 9th most fantasy points to opposing WRs this season. Hilton should continue his success once again as the Texans have nothing to play for and the Colts need to keep winning to secure a playoff berth.

Cooper has always performed extremely well at home in Dallas as that has once again been the case this season with 4 games over 19 DK points, including a 36-point performance back in Week 4.

Cooper has shown some chemistry with Andy Dalton as he has scored a TD in 3 straight games and eclipsed 100+ yards just a couple weeks ago against The Football Team.

Cooper will be low-owned in Week 15 and I love his upside in a home matchup against the un-imposing defense of the 49ers.

I’ll be using Amari in at least 20% of my lineups.

Kelce continues to be in optimal lineups as he has been dominating all other TEs this entire season. DraftKings finally adjusted his price to $8K, which should lower his ownership this week. I’ll look to capitalize as he is leading the entire NFL in yards this season.

Kelce has gone over 100+ yards in 5 of his 6 past games and can easily double up every other TE on the Week 15 slate with no Darren Waller or George Kittle.

After getting embarrassed by the Rams on Thursday night, the Pats have had 10 days to prepare for Tua Tagovailoa. HC Bill Belichick has dominated rookie QBs throughout his coaching career — and we saw it again vs. Justin Herbert just a few weeks ago.

To make matters worse for Tua and the Dolphins, they might be without their top 3 WRs in DeVante Parker, Preston Williams and Jakeem Grant.

I expect the Pats to confuse Tagavailoa on multiple occasions and I think it will be very difficult for the Fins to move the ball and score points.

I’ll be rostering the Pats in at least 20% of my GPP lineups.