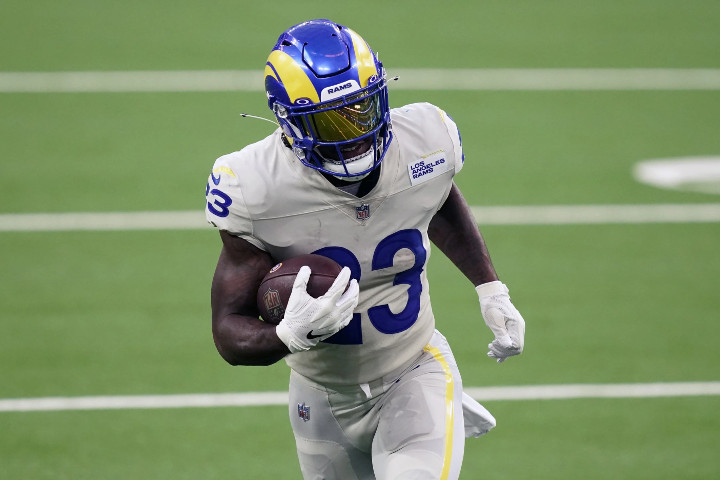 Mahomes is the highest priced QB on the slate this week. But in a matchup against a strong Saints rush defense, I expect the Chiefs to go extremely pass-heavy like they did against the Bucs a few weeks ago.

In that game, Mahomes had over 300 yards by halftime and finished with 462 yards and 3 TDs.

Mahomes and the Chiefs have struggled in the red zone of late. He has just 3 combined TDs in his last 2 games and turned the ball over 4 times last week against the Dolphins. Despite these struggles, the Chiefs have only lost 1 game all season and Mahomes has still been dominant. I expect his TD variance to regress in a positive way and he should have a monster game against the Saints.

Akers has stepped up in a big way the last couple of weeks, establishing himself as the top dog in the offense after barely seeing the field in the first couple months of the season.

Akers has had 20+ carries in each of his last 2 games and parlayed 31 touches into 194 yards last week against the Patriots.

Now Akers gets the nut matchup as a 17.5-point home favorite against the defeated Jets. Akers is the top ranked RB in dollars per projected point. He should have no problem paying off his $6,700 price tag.

Akers will be chalky, but I’ll be looking to roster him in up to 60% of my Week 15 lineups.

Henry seems impossible to avoid this week — even with an expensive tag over $10,000.

Henry could easily break the slate as he did last week, running roughshod over the hapless Jaguars for 215 yards and 2 TDs.

He gets a matchup against the Lions, who have no chance of making the playoffs and could be without starting QB Matthew Stafford.

At this point in the season, defenses often make business decisions and don’t like to get in the way of the 6’3, 240-pounder. Henry and he should have a field day against a Lions team that has surrendered the most fantasy points to opposing RBs.

I’ll be paying up for the most expensive QB and RB this week with Mahomes and Henry, so we will have to find some value at the WR, Flex and DST.

I’ll be using Henry in at least 50% of my lineups and betting his rushing prop over no matter what the number is.

Coutee has only had a handful of big games in his young career and they basically have all come against the Colts. He has had all 3 of his career 100+ yard games against them.

Coutee lit them up again just a couple weeks ago as he led the Texans with 8 catches for 141 scoreless yards.

He should have every opportunity to have a big game once again with no Will Fuller in the lineup and Brandin Cooks on the injury report with the neck issue that kept him out last week.

Priced under $6K and needing some value at the WR position, I will be going to Coutee in a significant portion of my Week 15 GPP lineups.

I think Hilton will come low-owned this week as he is priced all the way up to $6,800 after being in the mid 5s for most of the season.

Hilton has looked explosive of late with over 81 yards and at least 1 TD in 3 straight games. He’s notoriously crushed the Texans defenses as he did again just a few weeks ago with a season high 8 catches and 110 yards.

The Texans have given up the 9th most fantasy points to opposing WRs this season. Hilton should continue his success once again as the Texans have nothing to play for and the Colts need to keep winning to secure a playoff berth.

Andrews ranks as our top TE value, priced as the TE2 but $1,700 cheaper than stud Travis Kelce.

Andrews looked good in Week 14 coming off a 2-game absence due to COVID. If there’s any TE on the Week 15 slate who could beat Kelce in FanDuel production, it’s certainly Andrews, who has 5+ catches in 3 straight games and has a couple of multi-TD games this season.

Andrews also has a great matchup against a Jaguars team giving up the 9th most fantasy points to opposing TEs. I’ll be using Andrews in at least 30% of my GPP lineups.

The Bucs defense comes in at the top of the dollars-per-point rankings this week, priced down at $4K despite a solid matchup against the Falcons.

Matt Ryan threw 3 INTs last week against a poor Chargers defense and the Bucs showed some promise coming off the bye, racking up 6 sacks against Kirk Cousins and the Vikings.

The Bucs defense has been dominant for most of the season besides a couple of weeks before their Week 13 bye. They should be ready to rock once again and will become an even stronger play if Julio Jones remains out for this one.