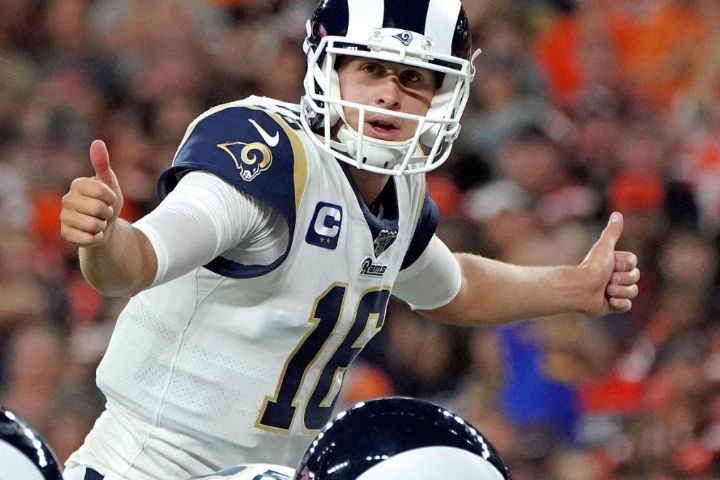 He’s available in a little more than half of ESPN fantasy leagues and gets the Jets and Seahawks the next 2 weeks. Those defenses entered this week ranked 28th and 30th in adjusted fantasy points allowed to QBs.

Rivers has now tossed multiple scores in 4 straight games after tallying 244 yards and 2 TDs on 28 attempts in Sunday's win over the Raiders. Week 15 brings a rematch with a Texans defense that Rivers beat for 285 yards and 2 scores a couple of weeks ago.

Hurts posted solid numbers in his starting debut against the league’s #2 defense in DVOA. The rookie ran for 106 yards on 18 attempts and threw for 167 yards and a TD in the surprising victory over New Orleans. Next comes a softer Arizona defense.

With Myles Gaskin and Salvon Ahmed sidelined, Washington handled 13 of 17 RB carries for 35 yards. He caught 2 of 4 targets for 17 yards. The efficiency was underwhelming for the positive matchup with Kansas City. But Washington will remain in the RB2/FLEX mix if Gaskin and Ahmed sit next Sunday against New England.

His 5-100-1 line Sunday gives Agholor 4+ catches in 4 straight games. He’s averaging 4.8 catches, 70 yards and 0.5 TDs per game over that stretch. He has earned WR3 status the next 2 weeks vs. the Chargers and Dolphins.

Patrick scored his 3rd TD over his last 2 games Sunday at Carolina. Those have come on just 7 catches, so Patrick is certainly overachieving in the TD department. But he also topped 100 yards in 3 of his 7 games prior to this scoring binge. He’ll be a lower-end fantasy option the next 2 weeks against the Bills and Chargers.

We’ll see if Julio Jones makes it back for Week 15. If not, Gage will be a viable play — especially in PPR leagues — against a Bucs defense that’s much tougher vs. the run than the pass. Gage hauled in 5 of 7 targets for 82 yards in Sunday’s loss to the Chargers (and threw a 39-yard TD pass).

Despite entering Week 14 as questionable with a back injury, Smith posted a 4-63-1 line on 4 targets in the loss to the Bucs. If TE Kyle Rudolph remains out next week with his foot injury, Smith will be on the TE1 radar in a plus matchup vs. the Bears.

Jimmy Graham reappeared for a TD in Sunday’s win over the Texans, but Kmet still beat him 7-4 in targets. That was good for 2nd on the team, and the rookie hauled in 4 catches for 41 yards. It was Kmet’s 2nd game in a row with 7 targets. Next comes a matchup with Minnesota, which has missed MLB Eric Kendricks -- a key TE defender -- each of the past 2 weeks.

Damien Harris got banged up late in Thursday night’s loss to the Rams. As usual, we’ve heard nothing on his status from New England. We’ll keep an eye on Harris' practice participation this coming week. But if he misses time, Michel will return to a lead ball-carrying role for the Patriots.

Bowden stepped up for a Fins squad that saw DeVante Parker, Jakeem Grant and Mike Gesicki suffer in-game injuries. The rookie snagged 7 of 9 targets for a team-high 82 yards in Sunday's loss to the Chiefs. Bowden added 1 rushing attempt — plus an incomplete pass. We’ll have to sort out the Fins’ injuries, but if Parker or Grant sits, Bowden will have spot-start value against New England. (His position eligibility depends on your league-hosting site, so make sure to check.)

Hansen followed his big Week 12 by leading Houston in targets (7), receptions (7) and receiving yards (56) in Sunday’s loss to Chicago. Missing Brandin Cooks certainly helped, but Cooks’ situation will continue to add upside. We also learned this week than WR Randall Cobb isn’t expected to return this season. Hansen can be a starting option for deep leagues in Week 15.

His TD Sunday against the Giants gives him 3 scores over his last 2 games and 4 over his last 4. Arnold has caught just 6 balls over that 4-game stretch, so he’s the definition of a TD-or-bust fantasy play. But he does get a plus matchup vs. the Eagles in Week 15.