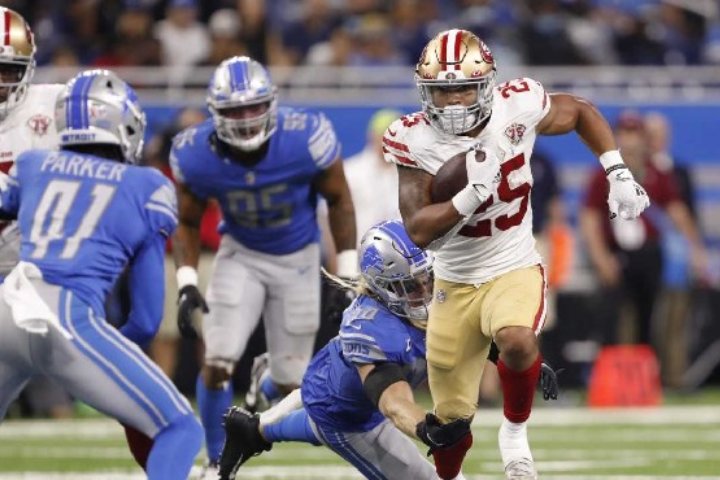 Cousins posted a 351-2-0 line in Sunday’s loss to the Bengals. Overtime -- and 49 pass attempts -- helped him get there. But Cousins could find himself trailing again next week vs. the Cardinals. And despite a solid effort in the win over Tennessee, Arizona’s secondary still looks exploitable.

He played well in his Broncos debut Sunday, connecting on 28 of 36 passes for 264 yards and a pair of scores. He had a 3rd TD dropped by WR K.J. Hamler. Bridgewater, unfortunately, lost WR Jerry Jeudy to what’s believed to be a high-ankle sprain. But he should start to get more from WR Courtland Sutton, who caught just 1 of 3 targets in his 1st game back from last year’s torn ACL.

Most importantly, Bridgewater gets plus matchups the next 2 weeks vs. the Jaguars and Jets.

There’s certainly some flukiness to a 5-TD game on 14-of-20 passing. But Winston was in command and mostly accurate in his Saints debut Sunday. He even added 37 yards on 6 carries. He’ll be a lower-end spot-start option in Week 2 vs. Carolina.

Trey Sermon was a surprise healthy scratch. Then Raheem Mostert left the game with a knee injury. So Mitchell worked as the lead RB and went over 100 yards with a TD on 19 carries. He should be a priority free agent who could explode in this rushing attack. We’ll see if the Niners activate Sermon in Week 2.

No Week 1 result was more surprising than the Texans putting 37 points on the board. We’re still not buying this offense -- but Ingram is at least worth owning as Houston’s lead back. He carried 26 times against Jacksonville vs. 11 combined for Phillip Lindsay and David Johnson.

We all wondered who was Philly’s #2 RB heading into the season. Well, Week 1 seemed to answer that emphatically. Boston Scott never touched the ball on offense. Gainwell, on the other hand, carried 9 times and drew 3 targets. He ran for an 8-yard TD late in the 3rd quarter and actually caught a TD pass earlier in the game as well. A penalty negated that 4-yard score, but it shouldn’t make us ignore that Gainwell showed up in the red-zone plans multiple times in his debut game. Gainwell should find a spot in all leagues of 12+ teams going forward.

White tied for the team lead with 6 catches and tied for 2nd with 7 targets in Sunday’s loss to the Dolphins. He carried just 4 times for 12 yards and doesn’t project for more rushing work than that going forward. But White is going to be a useful piece in PPR leagues this season, especially when bye weeks start to hit.

Hyde carried a modest 9 times against Houston in the opener, but that was 4 more than James Robinson in a game Jacksonville trailed throughout. Robinson out-targeted Hyde 6 to 2. But if Hyde is going to continue to play this big a role on the ground, he’s worth owning in fantasy leagues of 12+ teams.

Shepard led the Giants in targets (9), catches (7) and receiving yards (113) in Sunday's loss to the Broncos. He also snagged the team's only TD catch, from 37 yards out. The Giants made noteworthy offseason additions at WR in both free agency (Kenny Golladay) and the draft (Kadarius Toney). TE Evan Engram was the only key pass-catcher out with injury for the opener. So there's certainly room for Shepard to remain central to the passing picture.

Kirk operated as Arizona’s #3 WR in the win over Tennessee, playing 54% of the offensive snaps. He hauled in all 5 of his targets for 70 yards and 2 TDs. By comparison, DeAndre Hopkins saw 8 targets, A.J. Green 6 and Rondale Moore 5. We’d like that snap rate to be higher -- but Kirk could still be a fantasy option if this Cardinals passing game keeps rolling.

WR Jerry Jeudy figures to miss multiple weeks with the ankle injury he suffered Sunday. And WR Courtland Sutton is slowly working back from last year’s torn ACL. So Patrick and Hamler should play significant roles in the short term. And the next 2 weeks bring plus matchups vs. the Jaguars and Jets.

He out-targeted TE Austin Hooper 5 to 3 in the loss to the Chiefs and led the Browns with 76 receiving yards. Njoku played 59% of Cleveland's offensive snaps to Hooper's 64%. This will be a situation to monitor over the next few weeks, but it’s possible that Njoku has overtaken Hooper as Cleveland’s lead pass-catching TE. Njoku, a former 1st-round pick, has never lacked for talent.

Carolina racked up 6 sacks among 10 total QB hits and 8 passes defensed in Sunday’s opening win against the Jets. They won’t get another rookie QB in Week 2, but they will host Jameis Winston and a Saints offense that presents more matchup upside than Green Bay made them show.

As we said with Mark Ingram above, we’re still not buying into this Texans offense, despite Sunday’s 37-point explosion. But Taylor at least deserves a mention -- and an add in 2-QB and Superflex leagues -- after throwing for 291 yards and 2 TDs and running for 40 more yards.

Heinicke played well in relief of QB Ryan Fitzpatrick Sunday, completing 11 of 15 passes for 122 yards and 1 TD. Heinicke added 17 yards on 3 carries. Remember, too, that Heinicke threw for 306 yards and a score and ran for 46 yards and a score in last year’s playoff loss to Tampa Bay. He’s a capable passer with some rushing upside -- and is at least worth grabbing in 2-QB and Superflex leagues as we wait to learn more about Fitzpatrick’s hip injury.

Patterson’s 7 carries in the opening loss to Philly weren’t even half of what Mike Davis got (15). And Davis tripled Patterson in targets (6-2). But Patterson was the more efficient performer. He averaged 7.7 yards per rush -- despite a long gain of just 14 -- and caught both targets. Davis managed 3.3 yards per carry and caught 3 of 6 targets. We’ll see what all this means -- if anything -- going forward. And Wayne Gallman was a healthy scratch for this game. He could be in the mix as soon as Week 2. Patterson makes for a decent deep-league stash, though, in case he starts to command more touches in an offense that performed pretty poorly in the opener.

He’ll step in as Dallas’ #3 WR with Michael Gallup expected to miss 3-5 weeks with a calf strain. Wilson ran a route on 85% of Dallas' pass plays after Gallup exited Thursday night's opener. That kind of playing time in a high-end passing game will make Wilson a deep-league fantasy option -- even if he’ll be clearly behind Amari Cooper and CeeDee Lamb for targets.

He was on the receiving end of both of QB Carson Wentz’s TD in the loss to Seattle. Pascal finished with a 4-43-2 line and led Colts WRs with 5 targets (13.2% share). He’ll be in play in deep fantasy leagues for as long as WR T.Y. Hilton is out with his neck injury.

Osborn might not match his Week 1 target (9) or reception (7) totals again this season. That’s because we might not see the Vikings attempt 50 passes again. But Osborn entered the year as Minnesota’s #3, matched Justin Jefferson’s target count and fell just 1 target short of team leader Adam Thielen. That puts Osborn on the fantasy radar more than he was a few days ago. If Minnesota is capable of falling behind the Bengals, then it’ll probably be involved in at least a few more similar contests.

These guys split playing time in Thursday night’s opener. Schultz played 69% of the offensive snaps, ran a route on 61% of pass plays and caught all 6 of his targets for 45 yards. Jarwin posted a 58% snap rate, a 58% route rate and a 3-20 line on 4 targets. A TE committee usually isn’t something we want to mess with in fantasy lineups. But this is an efficient, high-volume passing game. And WR Michael Gallup’s calf injury frees up targets in the short term. Elijah Mitchell burst onto the fantasy football scene as a rookie. Matt says take the profit now in a dynasty trade, if you can.