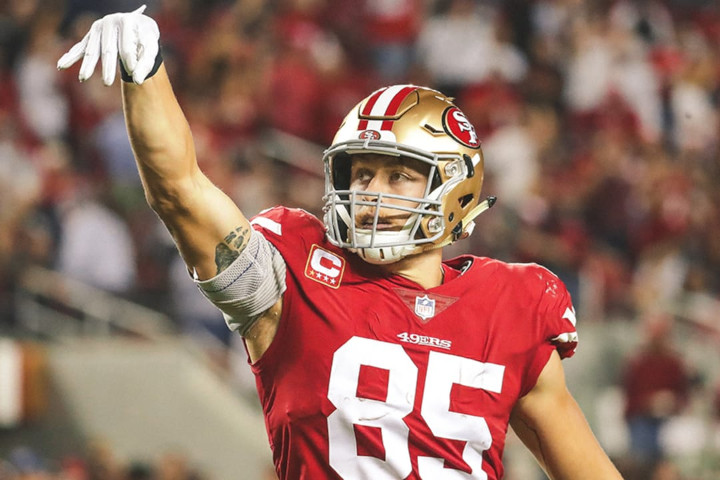 This week will be tough to navigate. This biggest decision point in tournaments is how to approach the Cowboys vs Chiefs. With an over/under of 56 points, this game projects to be the most popular game to stack and play pieces from. The question: do we fade this game and look for high ceiling plays elsewhere, hoping that the chalk misses? Or do we stack this game up and eat the high ownership?

Prescott and Patrick Mahomes will be popular this week because of the high point total and shootout possibility. But if you need to play one, Prescott presents the best opportunity. While Amari Cooper has been ruled out, CeeDee Lamb, Dalton Schultz and Michael Gallup all present great stacking potential.

Even without DeAndre Hopkins, if Kyler is healthy for this game he has slate-breaking upside due to his legs and surrounding big-play weapons like Christian Kirk and Rondale Moore. The Cardinals check every box this week:

Before his injury, Tua had thrown 39 or more passes in 3 straight games. While this game also projects well for Myles Gaskin, sustaining consistent offense has been a problem for the Dolphins. Tua’s highest-scoring fantasy game came the same week Gaskin posted a season-high in rushing yards. The Jets are 31st in adjusted fantasy points allowed to QBs and 32nd in pass defense DVOA.

The Cowboys-Chiefs game has a 56 point over/under. Elliott has 36 red zone touches and 10 goal-line carries, which both rank top 3 among RBs. Elliott is a great way to get one-off exposure to this game leverage against other lineups with Dak Prescott stacks.

The Raiders defense gave up a lot of passing production last week to Mahomes and the Chiefs. However, this season, they have been a run funnel defense, allowing the 5th most adjusted fantasy points to RBs but the 5th fewest to QBs before last week's game.

Montgomery’s return before the bye week was very telling. He saw 15 of the Bears’ 19 RB opportunities while posting an 85% snap share and 73% route rate.That usage is a bargain at $5,500.It was also Montgomery’s first game back from a multi-week absence, when we typically see RBs eased in. Now after another week of rest, Montgomery is a great value play against a league average Ravens run defense.

All three of these backs should be 15+% owned in most contests with their incumbent starters out. They allow for salary relief but will require you to diversify your lineup in other areas, especially in larger field tournaments.

Mike Zimmer’s defense has had issues containing Adams for a few years. Here are Adams’ stat lines against Minnesota since 2018.

Despite Adams only scoring 3 TDs this season, his spike weeks are often be 150+ yards and multiple TDs.The Vikings are also dealing with major injuries on defense without Danielle Hunter, Michael Pierce and Patrick Peterson in this game.

People may be hesitant to play Brown after last week's 1-catch dud. But Marshon Lattimore is the reason Brown didn’t see a high target total. In the 4 weeks prior, Brown saw 9 or more targets in every game. In recent weeks, the Texans defense has allowed true #1 WRs to feast, with Cooper Kupp going over 100 yards and a TD and DeAndre Hopkins going for over 50 yards and a score.

The Jets defense ranks 31st in adjusted fantasy points allowed to WRs this season. Waddle commanded 31 targets across Weeks 6-8 when Tua Tagovailoa was entrenched as the starter. Waddle has the speed to take any one of his targets to the end zone for a long TD, perfect for GPPs.

DeAndre Hopkins has already been ruled out for this matchup. Kirk has seen 23% and 30% target shares the last two weeks without Hopkins and Kyler Murray.If Kyler plays, Kirk is a tremendous value this week.

Bateman has seen 6+ targets in all 4 games he’s played this season, commanding a 19% target share. Marquise Brown is questionable entering this game after only logging one limited practice on Friday. The Bears' defense was already giving up the 11th most adjusted fantasy points to WRs and now they are without Khalil Mack.

Kittle has been a top 5 TE both weeks since returning from his calf injury and returned to 80% of the routes Sunday after being limited in Week 9 in his first game back. His 25.4% target share is the #1 rate among TEs this season.

The Bills have the 2nd-highest implied point total on the slate at 28.5. The Colts defense has allowed the most adjusted fantasy points to TEs. The Colts have also allowed the 3rd most TDs to TEs this season.

Ertz has commanded 19% and 20% target shares in the last two games without DeAndre Hopkins on the field. Similar to Christian Kirk, if Kyler Murray plays this week, Ertz becomes likely to score in a matchup where the over is being heavily bet at 48 points.

Gaining leverage using defenses is always a smart move. The Bengals offense will be a popular pivot away from the Chiefs/Cowboys game. If that game fails, the Raiders defense may be the reason. The Bengals offense is giving up the 10th most points to fantasy defenses. And before the KC game last week, the Raiders hadn’t allowed more than 25 points to an opponent since Week 4.