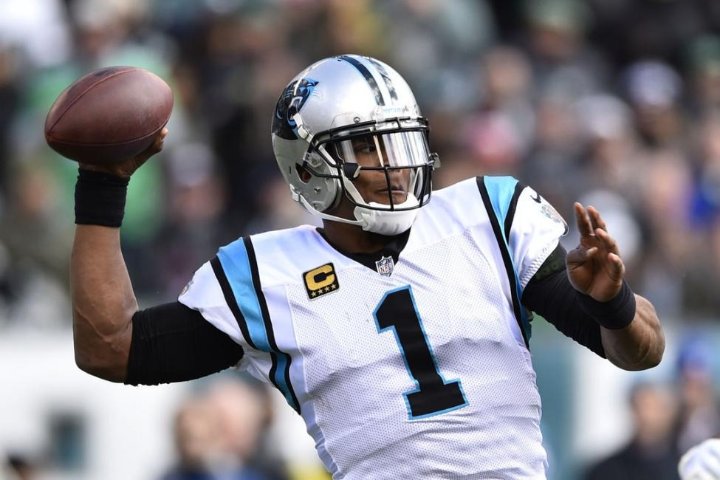 A very Newton-esque stat line in his 1st start of the season: 189 passing yards and 2 TDs, plus 10 carries for 46 yards and another score. It was a promising showing considering Newton joined the team less than 2 weeks ago. He has nice upcoming matchups against Miami and Atlanta sandwiching a Week 13 bye.

Collins didn't do much against a tough Cardinals defense on Sunday. But he did continue to lead a backfield that we now know will miss Chris Carson for the rest of the season. Collins handled 10 of 17 RB carries for Seattle. The only 2 RB targets, though, went to DeeJay Dallas. Collins doesn't make for an exciting fantasy option the rest of the way. But the lead ball-carrier for an offense that wants to lean run should be on someone's roster in most leagues. If Collins can give us anything to believe in over the next month and a half, his Week 17 -- championship week now for most fantasy leagues -- matchup with Detroit could become significant. Collins hit Sunday available in more than 50% of ESPN leagues.

Johnson touched the ball only twice on Sunday. But he gets a mention following an ankle injury that knocked Michael Carter out of Week 11. Tevin Coleman played ahead of Johnson, but the latter would carry pass-catching upside if Carter misses future games. Johnson totaled 24 targets in his past 4 games entering Sunday. Next up for the Jets is a road matchup at Houston.

The 4-123-1 receiving line was sweet. But it’s Valdes-Scantling’s 10 targets that make him an intriguing add. That was a team high and big 30.3% share of QB Aaron Rodgers’ total. Finally over that hamstring injury, MVS has exciting weekly upside going forward.

Smith followed a 7-target Week 10 with 8 looks in Sunday’s loss to the Eagles, tying Mark Ingram and Adam Trautman for the team lead. He hauled in 5 of them for 64 yards in a 3rd straight game of near-full playing time. New Orleans’ offense remains unexciting, but Trevor Siemian has tossed multiple TD passes in 3 straight games and reached 40 pass attempts in 2 of the past 3. There’s potential for elevated passing volume once again in a Week 12 (Thursday night) matchup with Buffalo. Smith’s frequent positioning in the slot should also keep him away from Tre’Davious White for most of that game. Monday's announcement that TE Adam Trautman will miss 4-6 weeks can only enhance Smith's target outlook the rest of the way.

Unvaccinated Amari Cooper will miss Thursday’s game vs. the Raiders on the COVID list, while CeeDee Lamb will have a tough time clearing the concussion protocol for that one. That’ll leave Michael Gallup and Wilson as Dallas’ top 2 WRs -- and make Wilson a viable Week 12 fantasy starter.