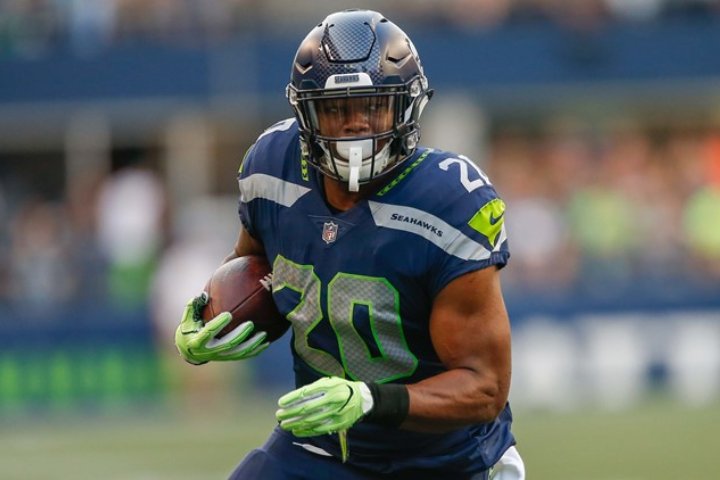 With Elijah Mitchell out and Jeff Wilson Jr. leading a more limited run game, Garoppolo threw for 296 yards and 2 TDs in Sunday’s OT win over the Bengals. It was his 2nd straight game with more than 295 yards and 5th 2-TD outing among the past 6 weeks.

Next comes a home date with Atlanta, which entered Sunday as the league’s 2nd-best matchup for QBs by our adjusted fantasy points allowed. Garoppolo’s passing volume might be down if San Francisco controls that game, but his previous three 2-TD games came on 30, 22 and 19 attempts. Garoppolo might not make it into our top 12 at QB for the week, but he’ll be a low-risk option just outside that range.

Roethlisberger has strung together 2 straight productive outings, totaling 544 passing yards and 5 TDs. He’ll be a spot start option at least in deeper fantasy leagues in a plus Week 15 matchup at home for the Titans.

Huntley took over for Lamar Jackson in the 1st quarter of Sunday’s loss at Cleveland. ESPN’s Dianna Russini tweeted that the team believes Jackson suffered a low-ankle sprain, making him questionable for a Week 15 date vs. Green Bay. That’s not an ideal matchup, but Huntley would supply some Superflex appeal should he get the spot start. Huntley rushed for 45 yards Sunday; 40 back in Week 11 when Jackson sat with an illness.

This is a 2-QB or Superflex league pick-up only. Texans HC David Culley announced this week that Mills will start the rest of the season. The rookie responded with a strong showing: 33-of-49 passing for 331 yards, 1 TD and 0 INTs. The next 2 weeks bring plus matchups vs. the Jaguars and Jets, putting Mills in the QB2 mix.

HC Pete Carroll wasn’t kidding when he said Penny would be a "big part" of the game plan this week. He handled 16 of 25 carries in the win over Houston, ripping off 137 yards and 2 scores. Penny’s TDs came from 32 and 47 yards out. He looked like the 1st-round pick that he was back in 2018.

Penny should be Seattle’s lead back the rest of the way. He gets the Rams, Bears and Lions over the next 3 weeks.

Despite Jeremy McNichols’ return Sunday, Foreman remained Tennessee’s lead back. He carried 13 times for 47 yards and a score, adding 15 yards on a couple of catches.

Next up for Foreman is a Steelers defense that was pathetic in Thursday night’s loss to Dalvin Cook and the Vikings.

We'll need to watch the Miami backfield this week to see who's available. As of right now, Myles Gaskin, Salvon Ahmed and Phillip Lindsay all sit on the COVID list. All reportedly still have a shot to get back onto the field ahead of Sunday's matchup with the Jets. Johnson wouldn't be particularly attractive if any of the 3 make it back. But all remain out, he looks like the best bet to lead the backfield against a defense that leads the league in adjusted fantasy points allowed to RBs by a wide margin.

If Austin Ekeler misses Thursday night’s game vs. the Chiefs with his ankle injury, the Chargers would likely deploy a 3-back committee with Jackson, Joshua Kelley and Larry Rountree. But Jackson would be the best bet for targets -- and the best fantasy play. He has a career 81% catch rate and 5 games of 4+ receptions.

Osborn delivered with 83 yards and a score in Thursday night’s wild win over the Steelers. The vast majority of that production came on a 62-yard score in the 4th quarter. But Osborn played 86% of Minnesota’s offensive snaps and racked up 9 targets (a 29% share).

He looks like a WR3 for as long as Adam Thielen is out with his high-ankle sprain.

If Emmanuel Sanders misses time with his knee injury, Davis figures to turn into a near every-down player in 1 of the league’s pass-heaviest offenses. He caught 5 of 8 targets for 43 yards and a score in Sunday’s loss to the Bucs. In the 8 games in which he played over two-thirds of Buffalo’s offensive snaps last season, Davis averaged 5.3 targets, 3.0 catches, 46 yards and .4 TDs.

The rookie racked up another 12 targets, 8 catches and 73 yards in Sunday’s loss to Denver. That follows a 10-86-1 line on 12 targets last week. St. Brown is looking like a PPR WR3 the rest of the way.

We’ll see if WR Keenan Allen makes it off the COVID list in time for Thursday night’s showdown vs. the Chiefs. If not, these guys will both be in play as WR3s with upside. Palmer led the Chargers with 7 targets in Sunday's win over the Giants, posting a 5-66-1 line. Guyton caught all 3 of his targets for 87 yards and a score.

David Njoku and Harrison Bryant sat out Sunday’s win over Baltimore. Hooper picked up the slack with 5 catches on 7 targets for 30 yards and a goal-line score. His targets and catches tied a season high. While Njoku has a chance to return from the COVID list next week, Bryant figures to remain out with a high-ankle sprain. That’ll keep Hooper in the borderline TE1 mix for a matchup with Las Vegas.

RB injuries and a late-week appendectomy altered the waiver picture for Week 7 ... and beyond.