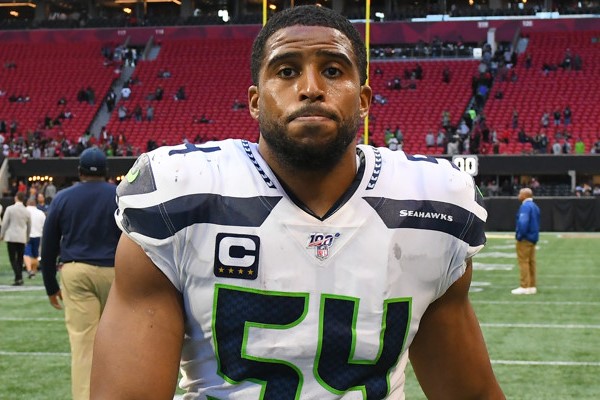 The Rams have agreed to a 5-year, $50 million deal with LB Bobby Wagner, according to multiple reports. The pact has a reported max value of $65 million. We'd be surprised if the veteran LB sticks with L.A. for 5 years and the contract gets anywhere close to either of those numbers. But the Rams clearly want Wagner to be their top off-ball LB for at least the next year or 2. This move should keep Wagner well within LB1 range for IDP drafts in 2022.

ESPN's Adam Schefter reports that the Seahawks have told LB Bobby Wagner that they're releasing him. It's not a shocking move for a couple of reasons. First, it saves Seattle $16.6 million in cap space in 2022. Second, the Seahawks' trade of QB Russell Wilson to Denver signals at least somewhat of a rebuild. This was to be the final year on Wagner's contract. The 32-year-old (in June) remains a productive player and is sure to land another gig -- assuming he wants to continue playing. Cody Barton might be a candidate to replace Wagner, but we'd bet on the team also bringing in more at LB via free agency or the NFL Draft.

Wagner out Week 18, but injury not serious

Seahawks MLB Bobby Wagner sprained the MCL and PCL in his right knee in Sunday's win over the Lions, according to NFL Network's Ian Rapoport. Wagner will miss the regular-season finale, but the injury is not expected to affect him beyond that.

Seahawks MLB Bobby Wagner suffered a knee injury early in Sunday's win over the Lions and did not return. We'll see about his outlook for Week 18, but Seattle has nothing to play for in the finale -- other than potentially damaging Arizona's playoff seed.

Seahawks HC Pete Carroll said Monday that LB Bobby Wagner sustained a bruised knee in last Thursday night's loss to the Rams, according to ESPN. Wagner was on the sideline when the team resumed practicing Monday. We'll see about his status throughout the week.