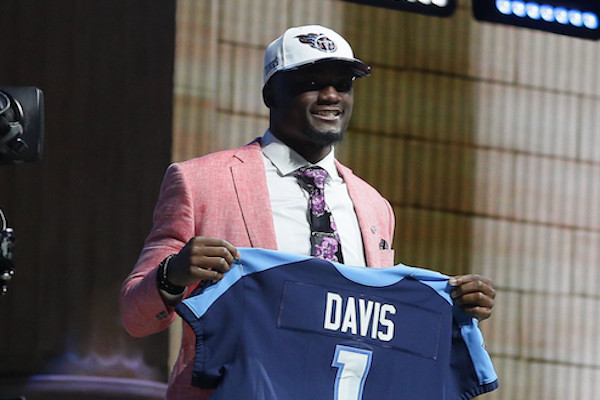 Odds are, Davis, 27, will finish 3rd on the Jets in targets behind Elijah Moore and Garrett Wilson.

But there’s an outside chance he finishes higher. His talent has never been in question; it’s a matter of durability with Davis, who’s played a full season only once.

While a year 2 jump from Zach Wilson is key, Davis’ double-digit round ADP makes him a fine target on draft day.

Jets HC Robert Saleh announced Wednesday that QB Zach Wilson has been medically cleared from the meniscus tear and bone bruise he suffered in his knee in mid-August. Barring a setback this week, Wilson will start Sunday's game vs. the Steelers. He shouldn't be in fantasy lineups, but we'll see what he means for New York's skill-position guys. QB Joe Flacco currently leads the NFL with 155 pass attempts but completed just 59% of them and averaged an ugly 5.8 yards per attempt. Wilson is certainly capable of beating those numbers.

Jets WRs Garrett Wilson and Elijah Moore drew a matching 10 targets in Sunday's loss to the Bengals, trailing only rookie RB Breece Hall (11). Wilson caught 6 balls for 60 yards. Moore secured 4 for 49. Moore once again led the group in playing time, staying on the field for 28 more snaps and running 19 more routes than Wilson. But the rookie has consistently been targeted on a higher percentage of his routes. According to Pro Football Focus numbers, Wilson has been targeted on 25.6% of his routes, vs. 13.1% for Moore. We'll see how QB Zach Wilson's impending return from a knee injury affects that. Corey Davis remained between Moore and Wilson in playing time but trailed them in targets (5) and production (2 catches, 27 yards). TE Tyler Conklin led the Jets in receptions (8) and receiving yards (84) on 8 targets in the loss to Cincinnati.

Jets WR Corey Davis (knee) is active for today’s game vs. the Bengals. He was added to the injury report on Thursday and limited again in Friday’s practice. Davis isn’t an enticing fantasy option at less than 100%.

Jets WR Corey Davis (knee) is questionable for this weekend’s game vs. the Bengals. He was added to the injury report on Thursday and limited again in Friday’s practice. Davis isn’t an enticing fantasy option at less than 100%. His absence would be a boost for WRs Elijah Moore and Garrett Wilson.