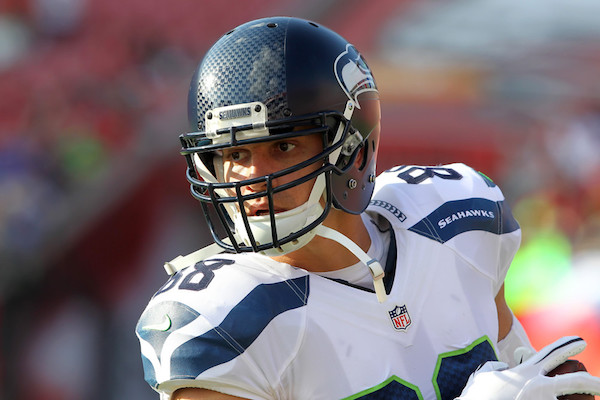 We all laughed when the Bears swooped in to give Graham a sizable 2-year deal 6 days after the Packers released him last March. Even though his playing time and target share dwindled over the 2nd half of last season, it seems like Chicago is still holding on. Rather than make Graham a fantasy option, though, the decision’s greatest impact will be to lower Cole Kmet’s 2021 ceiling.

Bears TE Jimmy Graham has been placed on the COVID list and will miss Sunday's game vs. the Bucs. He's seen just 3 targets all season, so there's no tangible fantasy impact here.

The Bears on Monday reached a 2-year, $16 million deal with TE Jimmy Graham, according to ESPN's Adam Schefter. Graham is a surprising addition at a somewhat surprising cost. His playing time and production fell off late last season, and he'll turn 34 midway through the coming campaign. Chicago also still has TE Trey Burton under contract, though he could be a cut candidate. The Bears' TE corps looks like a situation to avoid for 2020.

The Packers have released TE Jimmy Graham, saving $8 million against the 2020 salary cap. It was an easy decision with Graham just about out of gas. The 33-year-old's 38 catches and 447 yards this past season were both his lowest marks since his 2010 rookie campaign. He ranked 23rd in yards per route run and 26th in Pro Football Focus' receiving grades among 27 TEs that saw 50+ targets. We'll see where Graham lands on the free-agent market, but he's unlikely to have a fantasy impact. In Green Bay, meanwhile, the door is open for 2019 third-round TE Jace Sternberger to capture the lead job. Highlight him as an upside target in the later rounds of early best-ball drafts.

Packers TE Jimmy Graham (ankle) only got in a limited practice on Friday but isn’t listed on the final Week 7 injury report. This looks like a case of Green Bay getting the veteran TE some rest during the week. Graham should theoretically play a big role against the Raiders on Sunday with all of the Packers’ WR injuries — although he managed just 2 catches on 5 targets last week.

Packers TE Jimmy Graham (ankle) missed his 2nd straight practice on Thursday. The team has been managing his practice reps all season, but this is the 1st time he's sat out 2 straight practices since Week 3. He ended up playing a season-low 41% of the offensive snaps and posting a goose egg that Sunday. We'll get another update on Graham tomorrow, but he's shaping up as a shaky Week 7 play.