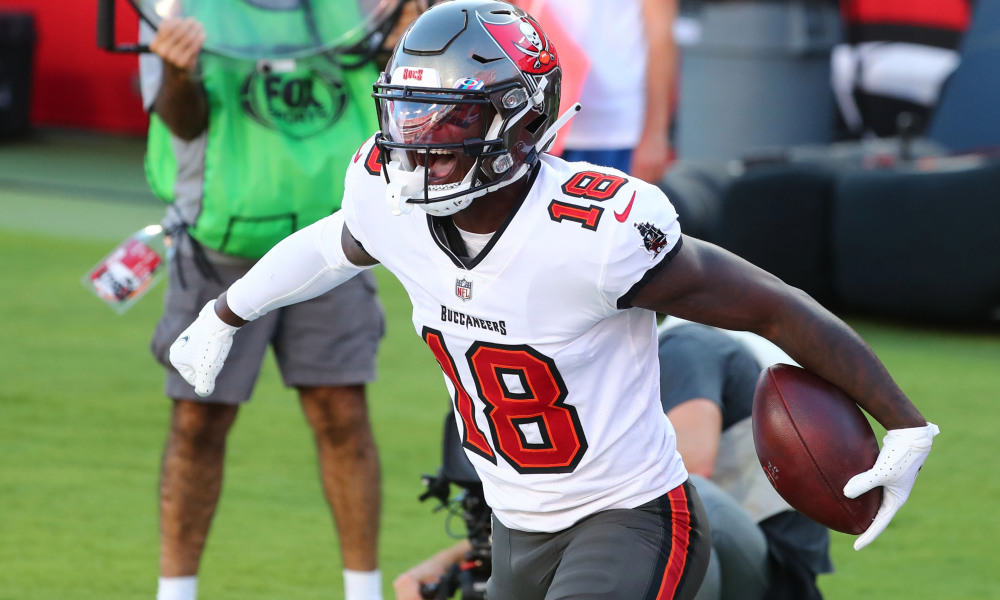 The Texans on Wednesday claimed WR Tyler Johnson, who failed to make Tampa Bay's regular-season roster. Whereas Johnson got nudged out by a loaded Buccaneers WR depth chart, he faces much more opportunity in Houston. Only WR Brandin Cooks exceeded 60 targets for last year's squad, and WR Nico Collins is the only other returnee who reached 40 looks. Second-round pick John Metchie is out following his leukemia diagnosis. So there's room for Johnson to climb as high as 3rd on the Houston WR depth chart. He'll likely need an injury to Cooks or Collins to have a real shot at fantasy relevance, though.

The Buccaneers are releasing WR Tyler Johnson, according to multiple reports. The 3rd-year wideout looks good enough to land on a roster somewhere but lost out to a loaded WR corps in Tampa. A release instead of a trade, though, could indicate limited interest around the league.

Gage a 'stand out'

Buccaneers HC Todd Bowles on Friday highlighted WR Russell Gage as a consistently strong performer so far in training camp. "Gage has really been the one to stand out," he said, according to Greg Auman of The Athletic. The report also mentions WRs Tyler Johnson and Jaelon Darden as early leaders in competition for what might be the final 2 spots on the depth chart. Gage is locked into the top 4 with Mike Evans, Chris Godwin and Julio Jones. We'll continue watching camp reports and preseason signals for specific roles within 1 of the league's top pass offenses.

Johnson fighting for a roster spot?

Grayson out for Wild Card game

Bucs WR Cyril Grayson (hamstring) is out for Sunday's Wild Card game vs. the Eagles. It figures to be Breshad Perriman and Tyler Johnson as the #2 and #3 WRs behind #1 Mike Evans.