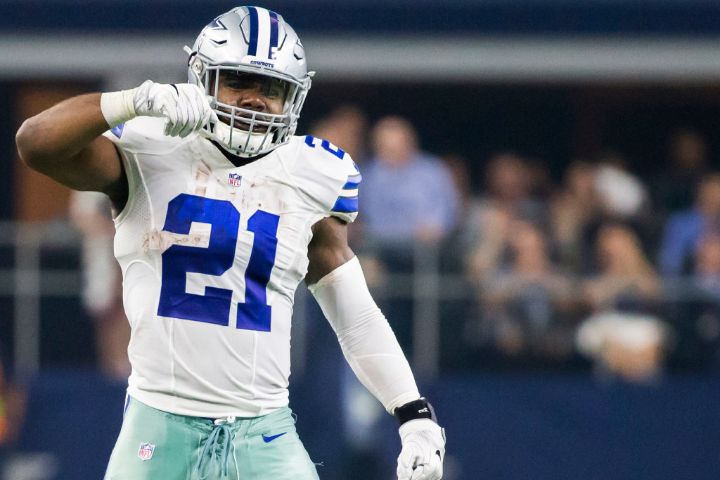 The Sunday night kickoff between the Vikings and Cowboys took a pair of top-shelf RBs and a couple of high-scoring QBs off our main DFS slate.

But playing the Sunday night showdown gives you a chance to use Ezekiel Elliott and Dalvin Cook, who both sit top 6 across fantasy formats through Week 9.

At QB, Dak Prescott and Kirk Cousins each rank among the top 7 in fantasy points per game over the past 5 weeks. Only Russell Wilson has thrown more TD passes over that span than Cousins’ 13.

And those guys may carry the highest profiles into Sunday night, but they’re far from the only interesting options.

The kickers aren’t a bad place to start here. Both offenses look strong. Football Outsiders rates Dallas tops in the league in overall offensive efficiency entering Week 10, while Minnesota checks in 7th. On defense, the Vikings also rank 7th in DVOA. The Cowboys follow at a mediocre 17th.

In a similar salary range, keep the Minnesota TEs in mind. Adam Thielen’s absence leaves targets available, and Football Outsiders rates the Cowboys 31st in the league in TE coverage. They’ve allowed the 5th-most PPR points per game to the position. Kyle Rudolph and Irv Smith have each caught at least 3 passes in each of the past 3 games: 2 of which Thielen left early and the other he missed. Smith has beaten Rudolph by 1 target and 1 reception over that span. Rudolph has edged Smith 4-3 in red-zone targets over the past 4 weeks.

Kyle Rudolph is interestingly $500 cheaper than Irv Smith on FanDuel, whereas Rudolph costs $600 more on DraftKings.

Stefon Diggs is hard to look past here. Before last week’s dud, he had posted 3 straight games of 7 catches and at least 140 yards. Hitting Dallas as a visiting underdog should put the Vikings in position to increase the passing volume at least a bit. Of course, the star RBs reside at the center of fantasy planning as well — perhaps even more so when you’re awarding just a half-point per receptions (FanDuel) rather than a full point (DraftKings).

Mike Wright of The Fantasy Footballers mourns what could have been with D.J. Chark in 2020. But can he quit Gardner Minshew?

Mike Tagliere of Fantasy Pros joins Jared and Matt to talk about WRs who confounded us in 2020 fantasy football rankings.