Hargrave had 1 sack and 11 total tackles through the season’s 1st 6 games. Then came the Week 7 bye. In 2 games since, the veteran has racked up 5 sacks and 15 tackles.

That split also aligns with when EDGE Robert Quinn joined the team, but it’s tough to imagine the minimal role Quinn has played so far impacting Hargrave’s production. Matchups certainly didn’t hurt, with young QBs and lackluster O-lines for both the Steelers and Texans.

Matchups will continue to help. Philly gets the Commanders and Colts the next 2 games, a pair of top-5 sack matchups. After that comes Green Bay, which has fared better overall but certainly shown vulnerability up front.

Paye made a big return from his high-ankle sprain Sunday, leading the Colts with 8 tackles (7 solo) in the win over the Patriots. He also delivered his 4th sack of the season and now has QB hits in 3 consecutive appearances.

Jones didn’t do anything of note Sunday, continuing a disappointing 1st season with the Raiders. But Week 10 brings a home date with the Colts.

They spent Sunday allowing 9 sacks to the Patriots, in QB Sam Ehlinger’s 2nd start. That marked a big jump from the 2 sacks in Ehlinger’s debut, but Indy entered the week allowing the league’s 5th highest pressure rate. And interim HC Jeff Saturday said Monday night that Ehlinger will continue to start.

If Jones can’t deliver in this matchup, it might be time to forget about him for the season. The veteran has, at least, notched QB hits in 5 of 8 games.

The veteran delivered a season-high 4 QB hits in Sunday’s loss to the Seahawks, including a half-sack. That gives him only 1.5 sacks for the season. But Golden has tallied QB hits in 4 straight outings, including 6 of them over just the past 2 weeks.

Next Sunday brings a rematch with the Rams, who allowed Golden 2 QB hits in their Week 3 meeting. The Rams also yielded 4 sacks and 8 total hits in Sunday’s loss at Tampa Bay.

Golden comes with a low floor, in case he doesn’t get home for a sack. But there’s also a chance he lands more than 1 of those in Week 10.

The Raiders placed LB Divine Deablo on IR Monday with a forearm injury. That means at least 4 missed games for the guy who had been leading the LB corps in playing time and tackles.

Martinez took advantage of Diablo's early departure at Jacksonville, playing 91% of the snaps in his 4th game with the Raiders and delivering a team-high 11 tackles.

Martinez now looks like a solid-to-strong IDP starter over at least the next 4 weeks, which include 3 opponents currently among the top 5 in fantasy points allowed to LBs.

Simmons’ playing time has stabilized over the past few weeks, allowing us to take advantage of his big-play speed.

Sunday found him delivering a sack for the 2nd straight game, to go with 8 tackles (2nd most this season). Those games followed the pick-6 in the win over the Saints.

Next comes a Rams offense that has been among the most generous matchups for fantasy defenses. Cooper Kupp could keep Simmons especially busy in that one. Kupp spends about half his time in the slot, which has been 1 of Simmons’ primary positions this season. His additional rush opportunities the past 2 weeks also line up well with a bad Rams’ O-line.

Week 10 will find him and the Seahawks traveling to Germany to face 1 of the league’s most pass-heavy offenses. That should mean near-full playing time and plenty of opportunity.

Keep Joseph in mind as a post-waivers option this week. He entered the concussion protocol after leaving Sunday's game early, but he and the team are hopeful he can return this week -- as WR Amon-Ra St. Brown and TE Brock Wright did after their recent removals for the same reason.

Joseph had a hand in turnovers for the 3rd straight game in Sunday’s victory over the Packers. After forcing fumbles the previous 2 weeks, he snagged 2 INTs from Aaron Rodgers, among 3 total passes defensed. Joseph also finished 2nd on the team with 10 tackles. Abnormal tackle volume (73 total for the team) helped that. But it followed a solid 6-tackle outing vs. Miami.

Week 10 brings a trip to Chicago, which has been friendlier to DB scoring in recent weeks. Can we trust Frankie Luvu in IDP lineups yet? Let's dig into that and some other key LB situations for fantasy football ... 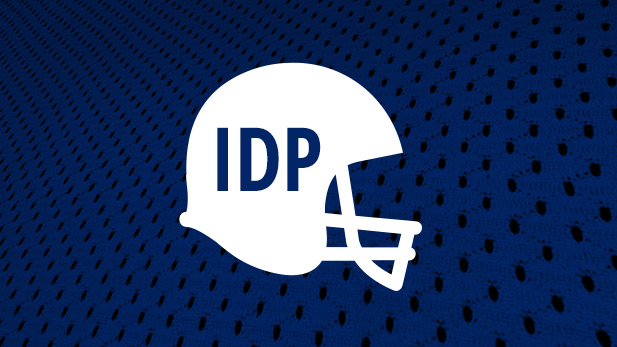