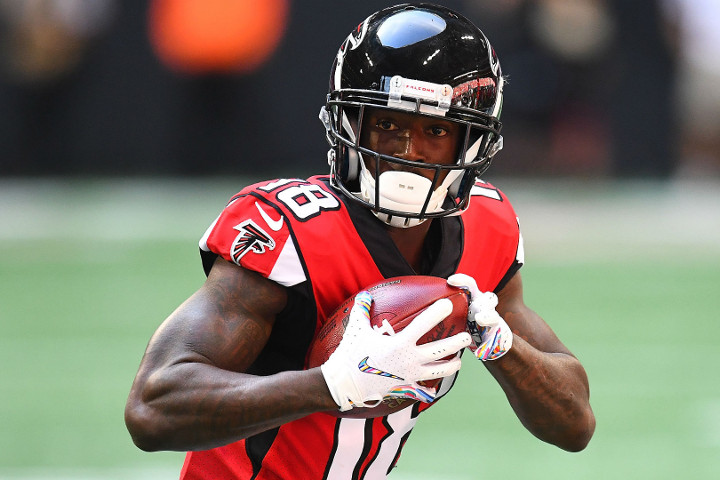 When you’re on a 3-week losing streak, it can feel like you’ll never win again.

But we stuck with our process — namely, targeting volume above all else — and snapped that skid with a big Week 11.

Week 12 is a fun-looking slate, with 5 games sporting an over/under of 50+ points. Let’s get to our cash-game targets at every position.

There are lots of different ways to build strong cash lineups this week, so I’m gonna give you an expensive and cheap QB option to consider.

The rookie ranks 4th among main-slate QBs with 26.7 DraftKings points per game. Just as impressive is how steady he’s been. Herbert has scored at least 21.48 DK points in 7 straight outings and 8 of 9 overall.

So he’s unlikely to let you down — even at this price tag — in a likely shootout in Buffalo on Sunday. The game sports the 3rd highest over/under on the week at 52.5 points. The Bills rank 14th in Football Outsiders’ pass defense DVOA and 22nd in adjusted fantasy points allowed to QBs.

I think Carr gets to 31 pass attempts in Atlanta on Sunday. The Falcons’ offense is good enough to keep this game competitive. And the defense is much tougher against the run than the pass. Football Outsiders ranks Atlanta 10th in run defense but 26th against the pass. That should push Vegas toward a more pass-heavy game plan.

Lean toward paying up for Herbert with some of the value that's opened up at the other positions.

He’s not a must-play at this price tag. But Cook still checks in as the 3rd-best dollars-per-point value at RB. And, just as importantly, he’s projected for 6.8 more DK points than any other RB on the main slate.

He’s simply too cheap for the volume he’s been getting. Robinson ranks 4th among RBs in carries and 9th in targets. He’s reached 19 opportunities (carries + targets) in 7 of 10 outings.

Robinson gets a neutral matchup on Sunday vs. a Browns squad sitting 15th in Football Outsiders’ run defense rankings.

He’s been limited in practice this week by ankle and calf issues, and RB Austin Ekeler (hamstring) has a shot to return for Sunday’s game. So we’ll have to keep an eye on this backfield into the weekend.

But if Ballage plays and Ekeler doesn't, the former is a strong volume-based cash play. He's racked up 34 carries and 15 targets over the past 2 weeks, scoring 15.2 and 14.1 DK points.

Ballage was limited in practice all week and is listed as questionable. Even if Ekeler remains out this weekend, I'm going to avoid Ballage in cash lineups.

A lead back at the minimum salary is almost always worth using in cash. RB Todd Gurley is out for Week 12, making Hill a good bet for 15+ touches. He's played well this season, averaging 4.4 yards per carry and catching 16 of 20 targets for 111 yards. And he draws a Raiders defense ranked 27th in adjusted fantasy points allowed to RBs.

We’ll see if Julio Jones plays through his hamstring injury this weekend. If he does, it’s tough to imagine he’ll be anywhere close to 100%.

So Ridley, who’s already averaging 9.1 targets per game this season, should get a volume boost. He figures to find himself in a shootout vs. the Raiders in the dome. And there’s nothing to worry about in Vegas’ secondary.

So he’s a nice volume bet for the price tag. And the matchup is right vs. a Bengals defense sitting 31st in adjusted fantasy points allowed to WRs.

Consider playing 1 — maybe even 2 — of these cheap WRs in cash games this week:

With WR Preston Williams out the past 2 weeks, Grant has run a route on 83% of Miami’s pass plays and seen 11 targets — a 17.5% target share. He gets a bad Jets secondary on Sunday.

Both Grant (hamstring) and QB Tua Tagovailoa (thumb) are listed as questionable, knocking Grant out of cash consideration.

The rookie has tallied 7+ targets in 3 of his 4 games. Even more encouraging is that Mims ranks 6th among WRs in air yards over that span. The matchup isn’t ideal this weekend vs. Miami’s tough perimeter CBs. But Mims’ usage + talent makes him a cash-game option.

Larry Fitzgerald, who will miss Sunday’s game vs. the Patriots with COVID, has played 80% of Arizona's offensive snaps and averaged 5.7 targets per game this season. Isabella figures to step into a similar role this weekend. Like Fitzgerald, he’s played the majority of his snaps in the slot this season. It’s worth noting that Isabella posted a 4-47-2 line on 4 targets when Christian Kirk missed Week 3.

The rookie is set to return after a 2-week absence. WRs D.J. Chark and Chris Conley, meanwhile, will miss Sunday's game against the Browns. Cleveland will be without top pass-rusher Myles Garrett and top CB Denzel Ward.

Darren Waller ($6,000) is tempting against a Falcons defense that’s allowed the 4th most catches and most schedule-adjusted fantasy points to TEs. But I still think it makes sense to go cheap at this position with …

Don’t put too much stock in his 2 games back from injury, which were both played in crappy weather. Hooper at least saw a decent 17% target share across those 2 contests. And remember that he’d caught 5 balls in 3 straight games prior to his appendectomy.

The weather should be better on Sunday in Jacksonville, where Hooper draws a Jaguars defense that sits 22nd in Football Outsiders’ TE coverage rankings and 19th in adjusted fantasy points allowed to the position.

If you wanna get real dirty at TE, here ya go. Alie-Cox has averaged a passable 3.5 targets and 2.8 catches per game over the last 4 and actually led Colts TEs with a 43% route rate last time out.

He gets a plus matchup on Sunday vs. a Titans defense sitting 30th in Football Outsiders’ TE coverage rankings and 29th in adjusted fantasy points allowed.

Rudolph now looks like the clear cash-game play at TE with Irv Smith listed as doubtful with his groin injury and Adam Thielen expected to miss Sunday's game on the COVID list. When Smith missed Week 10, Rudolph ran a pass route on 79% of QB Kirk Cousins’ drop backs and posted a 4-63 line on 5 targets.

Saints QB Taysom Hill was better than expected as a passer in his 1st start last week. But that was at home vs. the Falcons. Let’s see how he fares in his 1st road start outdoors. Even last week, Hill took 3 sacks.