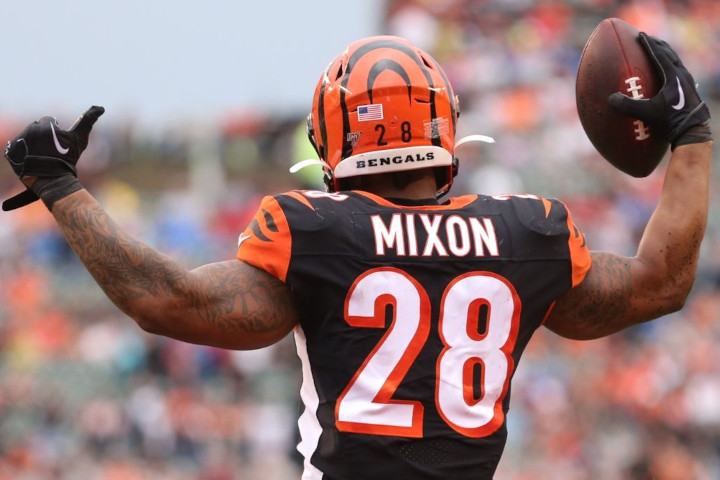 This Sunday’s main slate is a difficult and uncertain one. We have numerous teams dealing with intensive COVID protocols, which caused WAS/PHI and LAR/SEA to be moved, leaving only 9 games on the main slate.The slate is also projected to be lower scoring. We have 0 games with an over/under of greater than 50 points and only 2 games over 45 points. The key to being successful in tournaments this week will be finding ceilings in unexpected places.

Arizona is currently implied for the most points of any team on the main slate (30.25). Additionally, the Cardinals' passing offense has the biggest advantage in pass DVOA vs the opposing defense of any team on the slate (55.7%).

Murray has 50+ rushing yards in back-to-back weeks.Even if the Cardinals blow the Lions out, Murray will likely be a big reason for it with both RBs dealing with ankle issues.

The Cowboys' offense pops as a smart tournament play for a few reasons this week.

This is for large-field GPPs only. Mills has quietly produced some high ceiling games this season.He has 2 games 20+ FanDuel points, which is the most among rookie QBs despite Mills playing only 7 full games. This play presents leverage against James Robinson, who projects to be the highest owned RB on the entire slate, and it combats the narrative that Jacksonville may be better without Urban Meyer this week. The Texans beat Jacksonville 37-21 in Week 1 with Tyrod Taylor at QB.

After a few plentiful weeks at the RB position, this week presents very few enticing plays. Deciphering which RBs will hit this week will be the key to unlocking this slate.

In 2 straight weeks, we’ve seen Joe Mixon taken off the field in favor of Samaje Perine with the Bengals down big.This game against Denver projects to be much closer than the Chargers and 49ers games.The Bengals are currently 3-point underdogs on the road. The “recency bias discount” ensures that Mixon’s ownership will be low despite the elite workload (top 5 in weighted opportunities) we know he’s capable of.My lock of the week this week.

Elliott has not been healthy or efficient for several weeks. However, the Saints and Washington both rank top 10 in adjusted fantasy points allowed to RBs and rush defense DVOA, which could explain some of Zeke’s recent struggles. The Giants are a top 5 matchup in both metrics and the Cowboys are currently implied for nearly 28 points.Scoring opportunities are the source of Zeke’s ceiling this week.

Robert Saleh has emphatically stated that Carter will return to his full workload following a 3-week absence. Despite Tevin Coleman also making a return from a concussion, Carter projects for 15-20 touches at a price tag that allows you to spend up at the other positions.

This will depend on whether Rex Burkhead is ruled out for Week 15. If Burkhead is out, Johnson should take over the primary workload for this backfield. $5,500 for 15-20 opportunities and primary goal-line work is valuable in a bout of two bad teams that should stay close.

With very few elite RB options, many GPP players will opt to spend up for Davante Adams, Deebo Samuel and Diontae Johnson.

Without Marlon Humphrey, Adams is worth this price. Ownership will be condensed on Adams with all 3 of the Ravens corners having sub 60 PFF coverage grades. Green Bay currently is second only to Baltimore in time of possession this season.With Tyler Huntley likely starting this game, the Packers should run among the most offensive plays on the slate.

As good as George Kittle is, eventually he isn’t going to have 150 yards, leaving some receiving production for Deebo. Samuel ran 82% of the routes last week, so despite the low target volume, he’s still in a position to be productive. The Falcons defense ranks bottom 6 in adjusted fantasy points allowed to RBs and WRs, so however Deebo is used, he has a great matchup.

Everything mentioned above for Dak Prescott benefits Lamb as well. High implied team total, fast-paced game environment, and James Bradberry expected to shadow Amari Cooper. Last week, Mike Williams took Bradberry out of the equation, allowing Josh Palmer and Jaylen Guyton to produce. Lamb has two straight games with 10+ targets and 7 catches and has the best matchup on the field this week.

Expecting Gesicki to be one of the highest-owned TEs on the slate, but if you play contrarian at other positions you can afford to jam Gesicki in this week. The Jets are 6th worst in adjusted fantasy points allowed to TEs and Jaylen Waddle is likely out for this game with COVID.

Pitts has played nearly 70% of his snaps either out wide or in the slot and San Francisco is still without multiple pieces in their secondary. Tee Higgins and Ja’Marr Chase took advantage of this secondary last week.This could be an opportunity for Pitts to make an impact.

The Texans defense currently ranks 10th in the NFL in INTs and is top 8 in pass defense DVOA. Trevor Lawrence currently leads all NFL QBs in interceptable passes with 42, or over 3 per game.