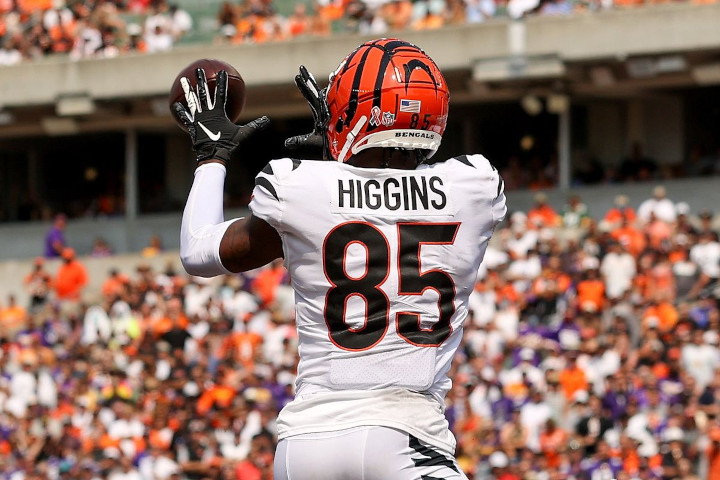 We’re set up for another low-scoring week on the main slate.Only 2 of 11 games have an over/under greater than 45 points and only one team has a team implied total above 27 points. The big decision point this week is how to handle the value plays at RB in tournaments.Picking the wrong chalk to use in lineups could be the difference between winning and losing in Week 16 GPPs.

Brady’s performance last Sunday night combined with Carolina being a solid defense will likely suppress his ownership. Brady operates the NFL’s most pass-heavy offense still with Antonio Brown, Rob Gronkowski, and other role players to throw to. Brady has 7 games with more than 30 DK points and the Bucs should dominate the time of possession this week with Cam Newton’s struggles and DJ Moore potentially out.

The highest implied team total of the week belongs to the Chargers at 28 points. The projected game script should lead to plenty of offensive plays with the Chargers ranking top 6 in pace of play in neutral scripts and when leading. Herbert has been a perfect tournament QB, with more top 3 overall finishes than any other QB.

Burrow threw for 400 yards and 3 TDs in Week 7 and the Ravens have since lost Marlon Humphrey. Joe Mixon is entering this game with an ankle injury, which should lead the Bengals towards passing. The two games this season Mixon has been questionable entering were Week 5 against GB and Week 13 against the Chargers. Burrow threw 38 and 40 passes, respectively, in those games.

This is the biggest decision point of the week. Due to injuries and COVID concerns, we have Ronald Jones, Justin Jackson and Alexander Mattison all projected for high ownership due to their price. In cash games, they’re locks for your lineup but in tournaments, we need to decide if we’re going to eat the high ownership.

With plenty of RB value this week and many DFS players wanting to play Cooper Kupp and other high-priced receivers, the highest-priced RB on the slate may go overlooked. The Chiefs are currently 8.5 point favorites over the Steelers and Harris has seen target totals of 5-19-7-5 in the four games that Pittsburgh has lost by 9 or more this season. Sub 10% ownership on an elite workload is hard to pass up.

Swift could return from a 3-game absence this week to face a Falcons defense that’s currently allowing the 5th most adjusted fantasy points to RBs. In the 10 full games that Swift has played this season, he’s commanded 5 or more targets in all but 1. Ownership should be suppressed with the uncertainty surrounding his injury and workload.

The Raiders defense is currently allowing the 3rd most adjusted fantasy points to the RB position. Teams are currently running against the Raiders at the 11th highest rate, leading to big games from Nick Chubb, the Chiefs backfield, and the Washington RBs in the past 3 weeks. Williams has usurped Melvin Gordon’s role as the 3rd down back and despite them splitting carries, he has out-targeted Gordon 10-3 since the Broncos bye week.

Jackson out-carried Austin Ekeler and played 54% of the snaps with Ekeler limited last Thursday. With Ekeler out due to COVID-19 on Sunday, Jackson should absorb the primary pass-catching RB role that Ekeler has. The Texans' defense ranks 6th worst in adjusted fantasy points allowed to RBs and has allowed RB1 performances to James Robinson and Rashaad Penny the last two games.

6 of Keenan Allen’s last 7 games he’s seen double-digit targets. The Chargers have the highest implied point total of the main slate and with Austin Ekeler out, that may free up a few extra targets to his already elite 27% target share. Keenan Allen faces Desmond King, who’s allowed a 70% catch rate and saw Tyler Lockett post nearly 150 yards and a TD against him 2 weeks ago.

Many will remember the 200-yard performance against the Ravens posted by Ja’Marr Chase in Week 7 and play him instead. Higgins racked up 15 targets in that same game and posted 3 straight 100-yard games before last week’s low-scoring game against Denver. Higgins also leads the Bengals this season in targets under pressure, targets vs the blitz, and 3rd down targets. The Ravens rank top 5 in blitz percentage and top 12 in pressure percentage.

Brown has had no games in the past 7 weeks with fewer than 7 targets and 5 games during that span with double-digit targets. Even with Josh Johnson starting, Brown has established himself as a high ceiling option due to his top 10 target share. Recently, his average depth of target has been low, but the Bengals were the last team to allow a 40+ yard catch to Hollywood back in Week 7. High target totals and potential for long TDs always make Brown a great GPP play.

Mike Evans and Chris Godwin are both out for this game. Antonio will be in line for a large target share this week against Carolina. The only instance we’ve seen Antonio Brown work as the primary X receiver with Tom Brady was in week 17 vs Atlanta in 2020. Mike Evans left with an injury in the second quarter and Antonio Brown commanded 15 targets, had nearly 150 yards, and scored 2 TDs. Expected to be the “chalk” at WR this week, if Brown is in your lineup you’ll have to differentiate elsewhere.

Chris Godwin and Mike Evans out also benefits Gronkowski. Traditionally, Gronk has received valuable targets downfield and in the red zone. With less target competition, he should be in line to see a high volume of targets as well. Also presents great leverage against Ronald Jones and Antonio Brown, who are two of the most popular plays this week.

Not a flashy option, but he’s quietly seen 5+ targets in 4 of his last 5 games. The Eagles have allowed the most TE1 performances this season with 11. They also rank 31st in adjusted fantasy points allowed to the TE position.

The Chiefs defense is at home for Big Ben, who has been sacked 3 or more times in 5 of his last 6 games and currently ranks #1 in the NFL in danger plays.