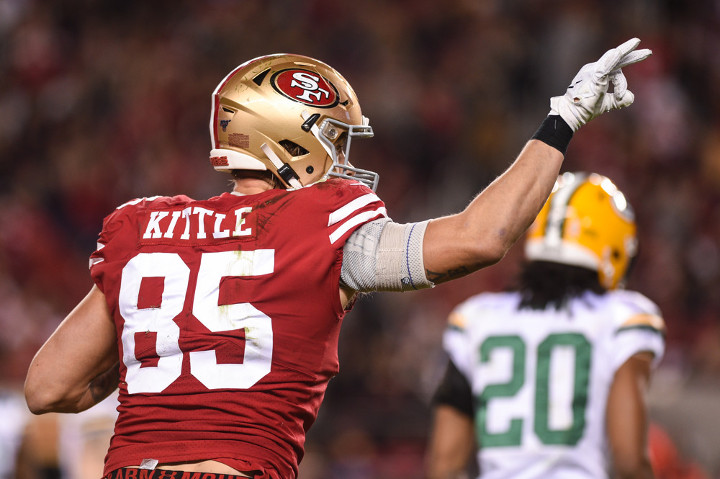 Herbert ranks 4th in our dollars-per-point rankings, priced at just $7,600 in the Chargers’ season finale against a Chiefs team that is locked into a 1st round bye.

Herbert will be the no-doubt rookie of the year as he set the record for passing TDs for a rookie — despite a lot of injuries and coaching ineptitude.

Herbert has been one of the top fantasy scoring QBs all season, averaging over 22 FanDuel points per game. He’s been over 15.7 points in every game but 1 this season.

Priced as the QB10, he has plenty of room for upside in this meaningless season finale.

Henry is unavoidable this week against one of the league’s worst defenses. The Texans have allowed the most fantasy points to opposing RBs this season, and the Titans need a win to clinch a playoff berth along with the AFC South division title.

The Titans played the Texans in last year’s season finale and Henry ripped them for a 32-211-3 rushing line as the top RB on the slate.

Priced as the RB21, Zeke has a ton of upside this week in a must-win game against the Giants.

Zeke missed 1 game due to injury but bounced right back into his workhorse role with 105 rushing yards and 34 receiving yards on 21 touches last week.

The Giants have allowed the 10th most fantasy points to opposing RBs and Dallas should lean on Zeke in this one.

Coutee ranks 6th in dollars-per-point with a projected ceiling of 14.7 FanDuel points against the Titans.

Texans-Titans features the highest over/under on the slate and I prefer Coutee because he is $1,600 cheaper and will be lower owned than teammate Brandin Cooks.

Coutee has shown good chemistry with Deshaun Watson with 3 TDs in his last 6 games, including a game with 142 yards against the Colts last month.

The Titans secondary has been one of the worst in the league all season as they have allowed the 2nd most fantasy points to opposing WRs.

Coutee should be involved early and often and I like his chances of having a nice game in the Texans’ season finale.

Hilton ranks 4th in dollars per projected point. He has played well in the past month with 4 TDs and at least 60+ yards in his last 5 games.

Hilton has been targeted 36 times in his past 5 games and gets an incredible matchup this week against the Jaguars, who have nothing to play for and have given up the 9th most fantasy points to opposing WRs.

In a must-win game, Hilton should be the top target for Phillip Rivers. Priced at just $6,300, I love his chances of paying off his price tag against the Jags.

Kittle returned from a long absence last week to post 92 yards on just 5 targets and 4 receptions.

He didn’t play a full allotment of snaps but looked like himself as he was explosive after the catch.

Kittle has been injured for most of the season but still has elite upside with a couple games over 100+ yards, including a massive game against the Eagles with 183 yards and a TD back in Week 2.

Kittle is the top TE in the Draft Sharks model. If we can project Kittle for 7-10 targets, I think he is the best TE value on the slate.

The Browns defense should dominate this week in a must-win matchup against Steelers backups. HC Mike Tomlin is electing to rest starters, and the Browns advance to the playoffs with a win over Pittsburgh.

As double-digit favorites against QB Mason Rudolph, the Browns defense ranks 3rd in the Draft Sharks model only behind the Cardinals ($3,800) and the Chargers ($3,500).

The Browns have been an up and down defense all season, but they are capable of generating decent pressure with 7 games this season with 3+ sacks.