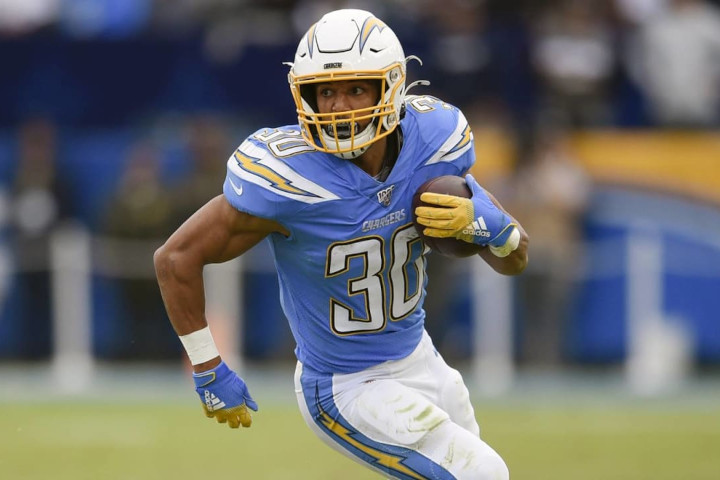 Week 1 is in the books ... and it’s full of overreactions.

Everything that happened in Week 1 is now set in stone to happen again and nothing can possibly be different in Week 2. This is the mindset of some of the opponents you will be facing in DraftKings GPPs this week. In fantasy, we chase opportunity and usage, not results. Opportunity is predictive long-term, results are temporary.

The Titans offense was stifled by the Cardinals last week, but I am willing to bet on a bounce back for Tannehill and Co. The Seahawks are pretty stout against the run, allowing the 4th fewest rushing yards last year and holding Jonathan Taylor to 3.29 yards per carry last week.

This may be a game that Tannehill, AJ Brown and Julio Jones need to show up for the Titans to win, and we know Russell Wilson will put up points on the other side. Love stacking Tannehill with his WRs and bringing it back with D.K. Metcalf if you can afford it.

Stafford looked majestic in the Rams offense, ranking 2nd with 12.3 yards per attempt and 1st with 14.1 adjusted yards per attempt. With the running game still finding its footing, I think the Rams will rely heavily on Stafford yet again. The Seahawks offense smashed against the Colts last week.It looks like Robert Woods has the best matchup vs. Rock Ya-Sin, according to PFF, with Kupp seeing Kenny Moore in the slot.

As usual, it’s always smart to pay up for Christian McCaffrey ($9,900) or Alvin Kamara ($8,800), but here are some guys you can get that are more affordable:

I have my concerns from a season-long perspective about whether he can handle this workload or not, but in DFS he will continue to be a staple of my lineups. How often can you get 30+ opportunities for anything less than $9K? Mixon has a monopoly on the carries, the routes, targets, red-zone work, everything. The Bears defense isn’t a scary matchup either. I expect the Bengals to be in this game against a defense that allowed the 14th most rushing yards last year.

In GPPs, I like the idea of fading Mike Williams this week, potentially facing tough coverage from Trevon Diggs, in favor of Austin Ekeler.

As a result, I think we’re going to see Ekeler get back to the 8-9 targets per game that we saw with Justin Herbert last year. With the full PPR scoring of DraftKings, he could be huge even without a TD.

From one pass-catching back to another, I think Hines is going to have weekly appeal as a value play. The Rams allowed the 27th most rushing yards to RBs last year but the 10th most targets. The 45% combined target share for the Colts RBs in Week 1 is a number I actually think is reasonable this season. The Colts receivers are unproven and there’s no true target leader.Hines and Jonathan Taylor may be the main beneficiaries in the passing game. With Taylor having a tough matchup on the ground, Hines could feast in the passing game.

This is the chalk of the week.This game has the highest over/under on the slate at 55.0. These are the main 3 WR plays I’m looking at this week. Between the 2 Cowboys, I prefer Amari Cooper as his primary matchup is slated to be rookie Asante Samuel Jr.Keenan Allen could fill the “Chris Godwin stat line” from last week, which was the high target option in the slot. Either way, I’m attacking this game whenever possible.

The top fantasy producers among Bucs WRs will be the guys with the best matchups.It’s how Tom Brady operates and how we should too. According to PFF, the Falcons' best (and only good) corner, A.J. Terrell, is set to be on Antonio Brown.That leaves Evans with a favorable matchup against Fabian Moreau and Godwin against Isaiah Oliver.

This offense is productive enough to support 2 big WR games each week, and this is an Evans/Godwin week. Note that Evans and Godwin saw 96% and 100% route participation, respectively, compared to Brown’s 72% in week 1.

This slate is rough for TEs with Logan Thomas, Travis Kelce, T.J. Hockenson, Mark Andrews and Robert Tonyan all playing in primetime.

His price point makes him a great GPP play, with most opting for cheaper options like Tyler Higbee and Noah Fant. Gronkowski doesn’t need a huge target share to produce. Last year he led all TEs with 16 targets of 20+ yards and had the single lowest percentage of “non-valuable targets” (0-9 yards) among all TEs. We saw this in Week 1 as 3 of his 8 targets were either 20+ yards or in the red zone.

As we saw in the preseason, Kmet is the TE to own in Chicago: 71% of the routes, a 16% target share (19% targets per route run), and a clear option on third down (22% target rate) in Week 1.Kmet is a TE1 in waiting this season that is still dirt cheap.

This is the auto-play defense for me this week — the 2nd cheapest on the slate.Even though the Bucs will put up points in this one, Bruce Arians' offense is usually good for a couple of turnovers (4 last week).

As a Tampa fan, I can also tell you the Bucs always play the Falcons close (smash the Falcons +12.5).