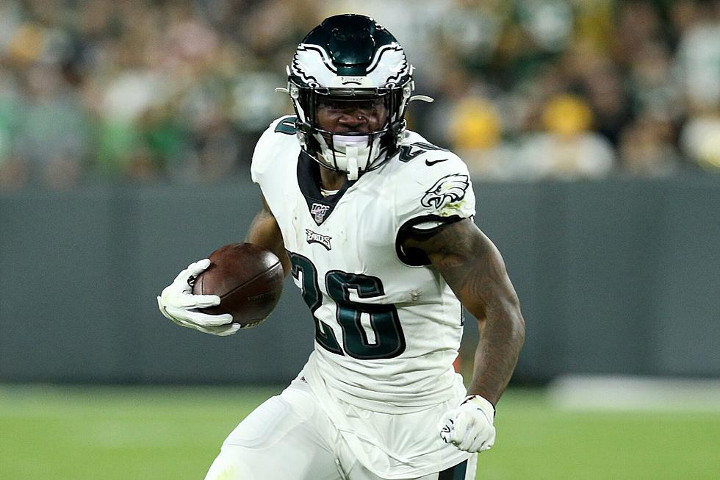 There aren’t a ton of high priced studs to pay up for, so allocating some extra funds at QB this week is perfectly fine. Wilson sits #1 in our $/point rankings for a prime matchup with Dallas, who could be without key defenders DeMarcus Lawrence and Chidobe Awuzie.

Wilson, as expected, has played at an elite level thus far. He’s fantasy’s #2 QB entering Week 3 — and that’s with modest rushing production (68 yards, 0 scores). He should continue to roll in a game where Seattle’s implied for the most points on the slate (30.75).

It’s fair to question the sustainability of Newton’s rushing workloads. Across 2 weeks, he leads all QBs with 26 attempts (including 11 in the red zone).

Looking at a one-game sample, though — and facing a Las Vegas squad traveling east on a short week — there’s reason to remain optimistic. The Raiders just shut down Drew Brees, although it’s debatable just how much he has left. Of course, he played that one without Michael Thomas.

Sanders might be the most popular play across all positions. But so be it.

Philly’s O-line — as banged up as it is — holds a distinct edge over the Bengals’ front 7. Luckily for Sanders, Cincy is expected to remain without DTs Geno Atkins and Mike Daniels.

The 2nd-year back returned from a hamstring injury in Week 2 to handle 23 touches. You could tell he had his pre-injury explosion back against the Rams. I see a breakout game on the horizon.

Preseason workload concerns had some merit here; Chase Edmonds garnered plenty of training camp buzz. But through 2 weeks, Drake’s handled 80% of the backfield carries. He’s behind Edmonds 4-9 in targets, but scoring chances have gone to the former Dolphin. (He leads Edmonds 5 to 1 in red zone carries.)

The Lions just allowed a career day to Aaron Jones and sit 26th in Pro Football Focus’ rush defense grades for the season. Fire up Drake with confidence.

This Chicago defense isn’t usually one I like to pick on. But if Julio Jones’ hamstring injury keeps him out of Sunday’s game, it’ll be hard to get away from Ridley. The 3rd-year WR has racked up 24 targets, 16 catches, 239 yards and 4 scores over the first 2 weeks. He’s the #1 fantasy WR across formats.

Tyler Lockett’s only $300 more, as both guys are seriously underpriced. Lockett’s out-targeted DK 16 to 14, but Metcalf’s supplied the upside with 2 TDs on passes thrown 20+ yards downfield.

We certainly can’t bank on long TDs each week, but playing with the league’s most accurate passer, Metcalf will carry a massive ceiling each time he suits up. Dallas has been torched by Robert Woods and Calvin Ridley in back to back weeks.

The Colts shouldn’t have to do much to win this game. New York remains decimated on offense; they’re implied to score only ~16 points.

That’s my lone hesitation here, as the Jets are a secondary to pick on. I’m not too worried about Hilton being washed, despite a rough start that includes a long TD drop. (Hilton claimed the sun obstructed his view of the ball.) Regardless, he’s a solid target bet with Parris Campbell (and perhaps Jack Doyle) sidelined.

I expect the Dallas game script to turn up plenty of second-half passing. Lamb ranks second on the team in targets at 15, with 6 and 9 looks over his first 2 pro outings. Dallas even allowed him to handle a carry in Week 2.

It’d be nice if the Titans had fed Smith more than 12 targets through 2 games. They were without A.J. Brown in Week 2 (and expect to be without him in Week 3). Meanwhile, Smith has been excellent with 15.0 YPC. He looks like their most explosive pass catcher.

With George Kittle iffy and Travis Kelce and Mark Andrews off the main slate, Smith — plus the next guy — look like appealing, cost-saving options.

While Goedert disappointed last week, you love that he’s seen 9 and 8 targets to open the season.