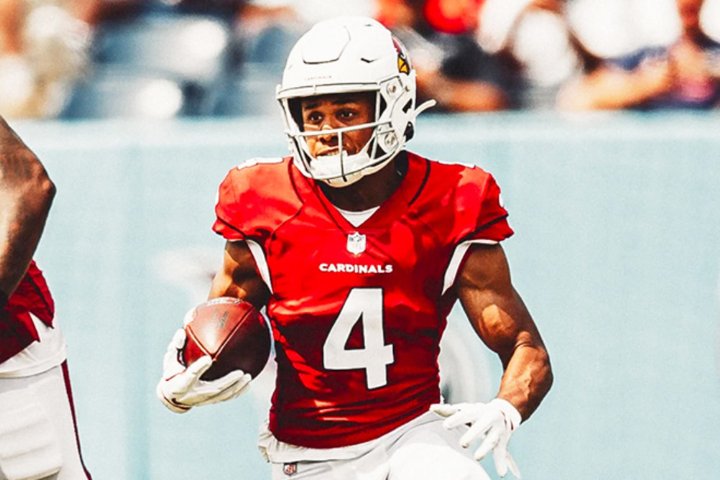 It might be Fields Time in Chicago. The rookie was up and down in relief of QB Andy Dalton Sunday. He completed 6 of 13 passes for 60 yards and a bad INT. But he added 31 yards on 10 carries. It’s that rushing ability that could immediately make Fields a top 12 fantasy QB. The Bears travel to Cleveland in Week 3 but get plus matchups the following 2 weeks vs. the Lions and Raiders.

Carr has opened the season with 435-2-1 and 382-2-0 passing performances. The Week 1 line was a little fluky -- but there was nothing fluky about Sunday’s outing in Pittsburgh. Carr is playing very well and deserves to be rostered in most fantasy leagues at this point. But note that the upcoming schedule might be tough: vs. Miami, at the Chargers, vs. the Bears and at the Broncos.

The Saints entered Sunday without top CB Marshon Lattimore. Darnold took advantage to post 305 yards, 2 TDs and 1 INT on a 68.4% completion rate. The former Jet has now strung together 2 positive performances, putting him on the streaming radar for a Thursday matchup at Houston.

We highlighted Bridgewater as a nice Week 2 spot starter in this space last week. He came through with 328 yards and 2 TDs in Sunday’s win over Jacksonville. WR Courtland Sutton got rolling with a 9-159 line on 12 targets. Bridgewater gets another great spot in Week 3 at home against the Jets.

He stepped in as Los Angeles’ clear lead back after Darrell Henderson exited Sunday’s game, carrying 10 times for 46 yards. This Rams offense is rolling with QB Matthew Stafford, so Michel will be a fantasy RB2 if Henderson misses more time -- although a brutal matchup vs. the Bucs awaits in Week 3.

Michel entered Sunday available in only about one-third of ESPN leagues. But if Henderson is set to miss games, Michel's rostered rate should climb close to 100%. How much to bid on Michel this week will depend on how much you need the RB help and what we hear about Henderson's rib injury.

Moss made his 2021 debut against Miami. After seeing his 1st action on Buffalo’s 3rd drive, Moss went on to post 26 yards and 2 scores on 8 carries. He lost a fumble early but wasn’t benched. Just note that 5 of his carries (and both TDs) came in the 2nd half, with Buffalo enjoying a hefty lead.

Devin Singletary led the way with 13 carries, 82 yards and a long TD run and still looks like Buffalo’s lead back. But Moss should at least be stashed in leagues of 12+ teams.

After tallying 7 carries and 2 targets in the opener, Patterson carried another 7 times and saw 6 targets in Sunday’s loss to the Bucs. He turned those looks into 69 total yards and 2 TDs. We obviously can’t bank on that type of efficiency going forward, but Patterson seems here to stay as a real part of this Atlanta offense. He's looked better than Mike Davis through 2 games.

Moore again lagged in playing time, getting on the field for 46% of offensive snaps Sunday against the Vikings. That was up from his 29% snap rate in the opener. He claimed a team-high 8 targets and caught 7 for a game-high 114 yards -- including his 1st TD. The crowded WR situation figures to mean week-to-week inconsistency, but the rookie has given us plenty of positives in his 1st 2 games. He hit Sunday still available in a little more than 80% of ESPN leagues.

Sanders has gone quiet through 2 weeks, with just 6 catches. But he has garnered targets on a solid 16.7% of Josh Allen dropbacks so far, edged Cole Beasley in playing time and posted a 19.7-yard average depth of target. Bet on that number coming down, but it's noteworthy that Sanders leads all Bills who have seen more than 1 target in ADOT through 2 games. It's the kind of work John Brown left behind (13.0 and 14.6 ADOTs in his 2 Buffalo seasons), and it will make for valuable receptions as he and Allen connect a little more. We're betting on Allen rebounding from a rough 1st 2 weeks. If that combines with Sanders running a little less deep, we could get a big game one of these weeks. There's upside to this Sunday's matchup with Washington, which hasn't proved as stout on defense yet as most expected. There's even more upside in a Week 4 home date with Houston.

There was some luck in Osborn’s team-high 91 receiving yards in Sunday’s narrow loss at Arizona. He accumulated 70% of that yardage on a single 64-yard reception. But he also stayed near Minnesota’s top 2 wideouts by claiming an 18.75% target share, trailing Adam Thielen by 1 target for 2nd on the team. It marked the 2nd straight game in which the 3 wideouts clearly led the passing attack. And Osborn has looked the part through 2 weeks. He’s at least worth a stash in 12-team leagues at this point.

After splitting snaps with TE Eric Ebron in the opener, Freiermuth out-snapped his veteran teammate 33 to 24 in Sunday's loss to the Raiders. Freiermuth won the target battle 4 to 2. And he caught all 4 of those targets for 36 yards, while Ebron posted a goose egg. The rookie’s role is on the rise and might get a further boost if WR Diontae Johnson misses time with his knee injury.

Buffalo racked up 6 sacks among 11 total QB hits while shutting out Miami on the road in Week 2. That came a week after the Bills limited Pittsburgh to 252 total yards. Next comes a home date with Taylor Henicke and Washington. Heinicke has fared well in limited NFL action but is still heading into just his 3rd NFL start -- and 1st on the road. After that comes a home game vs. the Texans for the Bills.

Carolina has delivered top-5 fantasy scores each week so far (pending the Monday night game this week). That has included 10 sacks and just 21 points allowed. A short week now finds them traveling to Houston for what will be Davis Mills' 1st NFL start. Expect to find Carolina safely inside the top 10 DSTs in the Week 3 Rankings.

Jones finished as a top 15 fantasy QB in Week 1 and racked up 249-1-0 passing and 9-95-1 rushing in Thursday night's narrow loss at Washington. The floor here remains scary-low. But Jones has flashed a lofty ceiling throughout his career and could hit it again in Week 3’s plus matchup vs. the Falcons.

He impressed in Thursday night’s win over the Giants, completing 34 of 46 passes (74%) for 336 yards (7.3 YPA), 2 TDs and 1 INT. Heinicke has now topped 300 passing yards in both of his career starts. That streak is bound to end soon, obviously. But he’s at least shaping up as a viable QB2 play. And if he keeps playing like this, he might just keep the starting job even when QB Ryan Fitzpatrick is ready to return.

Patrick has now hit pay dirt in 2 straight games to open the season. He’s also seen just 4 targets in each of those games, so the floor remains low. But Patrick will be worth considering in a plus Week 3 matchup vs. the Jets.

He’s tallied 13 targets through 2 games and posted 3-65 and 3-54-1 lines. Slayton’s Week 2 would have been much bigger had an ever-so-slightly overthrown pass not gone off his fingertips for a 43-yard TD. A juicy Week 3 matchup vs. Atlanta gives Slayton enough upside to consider in deeper fantasy leagues.