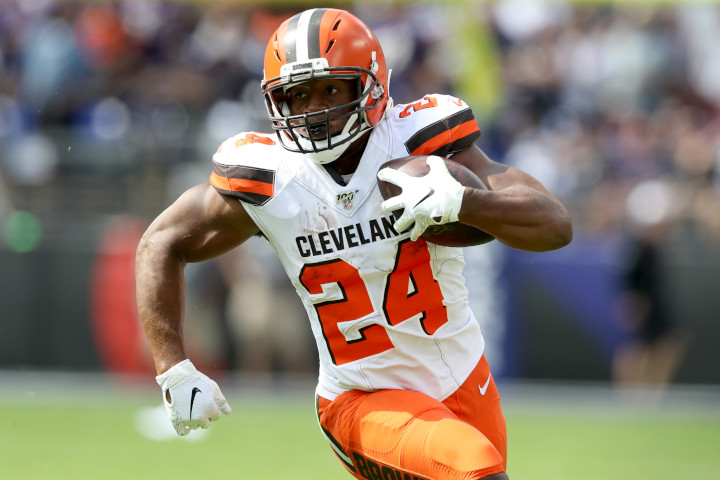 We’re missing a lot of the high-scoring offenses on the main slate this week (Bills, Chiefs, Ravens, Seahawks and Rams).So game selection will be a major key to success.

This is a prime week to pay down at QB and spend up elsewhere, so I’d suggest building out other positions first.

That said, if you have the salary to pay up …

Kyler is at home against a 49ers defense that is currently allowing the 6th most adjusted fantasy points to the QB position. Kyler is also coming off a disappointing week, which may suppress his ownership. On FanDuel, his price is a little more favorable at 14% of the total salary and only marginally more expensive than the top QB options.

With many of the high-powered offenses off the main slate, the Packers vs. Bengals game currently boasts the 2nd highest over/under at 50.5. The Packers’ defense is currently allowing the 16th most fantasy points to QBs and the 11th most adjusted fantasy points.

Joe Mixon being doubtful for this game should push the Bengals towards passing the ball.And injuries to star Packers defenders Jaire Alexander and Zadarius Smith make this defense a prime victim for a Joe Burrow explosion game.

This Titans defense allowed Zach Wilson and the Jets to get back on track and could have the same effect on the Jaguars this week. Playing Lawrence is a massive way to get contrarian at the QB position and expose yourself to differentiate stacks in big tournaments like the Sunday Million. This game script allows for an easy run back of Derrick Henry as well.

I will be opting to pay up at this position.

Despite a 0-target performance in Week 4 panicking fantasy managers and DFS players, Kamara is receiving volume unlike any in his career coming off a career-high 87% snap share and 26 carries. Tony Jones is out this week, leaving Kamara alone in the backfield against a defense that has been picked apart this year.

On FanDuel, you can get nearly a $2,000 salary discount from Derrick Henry to Kamara compared to a minor $400 discount on DraftKings

The Chargers are exactly the type of defense that Chubb and the Browns can take advantage of. The Chargers are 25th in rush defense DVOA and Chubb averages nearly 100 yards per game and 0.8 rushing TDs against bottom-half rushing defenses. This defense also allowed 90+ rushing yards to Antonio Gibson, CEH, and Zeke Elliott so far this season.

I love these 2 RBs this week.We’ve seen both players get back to their old selves from a talent standpoint, and this game allows for a lot of RB production. Both teams are susceptible to the run, ranking 26th (NYG) and 19th (DAL) in rush defense DVOA.

Every major receiver is expected to see shadow coverage in this matchup (per PFF):

This could be a game where the RBs carry the load, and it provides a leverage opportunity against two of the highest owned passing games on the slate.

Hopkins has not been the elite WR we’ve expected, but this seems like a “squeaky wheel gets the grease” spot. We saw Davante Adams be targeted 18 times in Week 3, and we could see that type of volume for Hopkins after 2 quiet weeks. Hopkins also boasts Pro Football Focus’ 7th highest matchup advantage of the week against Emmanuel Mosley.

Johnson has seen double-digit targets in all 3 games he’s played this season and 10 of 12 games last year that were unaffected by injury. The Broncos have been a tough defense, but they’ve played an easy schedule so far.Both Marquise Brown and Marvin Jones posted top 20 weeks against them.

Coming off a down week, it will distract a lot of DFS players from Marvin Jones being the clear alpha in this offense. He had 28 targets over the first 3 games — and now DJ Chark is out.

The Titans are giving away fantasy points to the WR position, allowing over 51 points per game to WRs (2nd) and most recently allowing the putrid New York Jets to throw all over them with Corey Davis and Jamison Crowder both finishing top 15 in PPR last week.

The Bucs pass defense has been decimated with the loss of their top corners, but the biggest impact has been losing Sean Murphy-Bunting in the slot. Since his injury, slot receivers have crushed the Bucs, including Cooper Kupp going 9-96-2 on 12 targets in Week 3 and Jakobi Meyers going 8-70 on 12 targets last week.

Waddle had a tough matchup last week that caused him to underperform, but this week should be a get-right spot for him in a positive game script.

Gesicki has seen his routes rise each week that QB Jacoby Brissett has been the starter (68% to 71% to 74%). He’s also finished in the top 6 TEs each of the last 2 weeks, and the Bucs have been very susceptible to the pass across all positions. The Dolphins will likely have a hard time running in this game and may be playing from behind, a game script we saw play out in Week 3 against the Raiders.Brissett threw it nearly 50 times and Gesicki commanded 12 targets in that one.

Fant has quietly been a stable option at TE, posting a top 5 target share at the position, running over 80% of his team’s routes and commanding 6 red-zone targets (2nd among TEs).


Fant saw 10 targets last week in the first game without K.J. Hamler. With Courtland Sutton rolling his ankle in Friday practice and being banged up for this game, Teddy Bridgewater may rely on his TE in this matchup.

The Chargers defense is the cheapest home favorite on the slate at $3,700. They also get Baker Mayfield, who has been kind to fantasy defenses in the past and looked shaky last week. The Chargers could easily be in store for a couple of turnovers in this game.