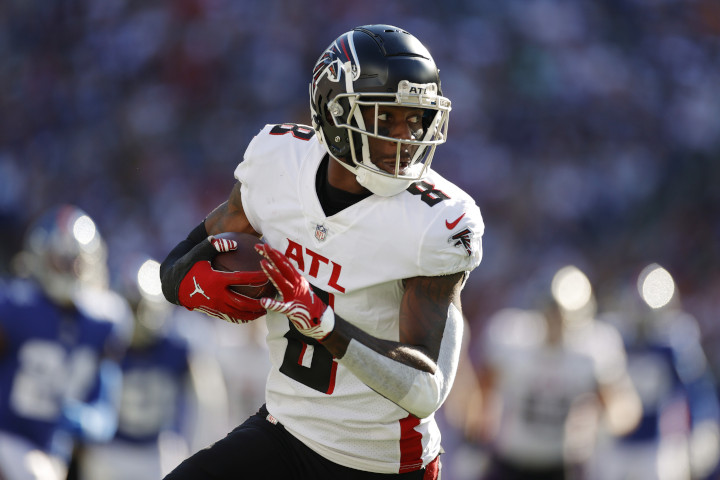 6 teams on a bye week this week, leaving only 10 games on the main slate. Ownership will be more condensed, which means the value will be even more difficult to find.

With Mahomes, Stafford, Murray, Rodgers and Jackson all priced similarly to Brady, his ownership will likely be suppressed. Additionally, Brady provides a leverage opportunity away from the chalky Leonard Fournette.

Brady has thrown over 35 passes in every game this season and over 40 in 5 of 6 games. The Buccaneers offense has a 54.5% passing DVOA against the Bears passing defense this week, the 4th highest on the main slate behind the Rams, Chiefs & Packers.

Yet to post a single game of under 21.8 DraftKings points, Hurts is in another favorable matchup this week. Hurts operates the NFL’s most pass-heavy offense in neutral script, in addition to running the ball 8.83 times per game himself. The Eagles-Raiders game also has the fastest combined pace of any game on the main slate.

In the past 4 games, QBs have averaged 39.25 pass attempts against the Dolphins. Ryan and the Falcons' offensive DVOA has improved every week since the season began and now he gets Calvin Ridley back in the lineup. The Dolphins secondary has also experienced plenty of injuries with both Xaiven Howard and Byron Jones missing last week's game in London. This game profiles as the 2nd-fastest behind the Eagles-Raiders.

Easily the biggest decision point this week at RB is: Do you fade Derrick Henry?

Henry is currently averaging 27 carries and 3 targets per game and he faces a defense that is arguably the worst in the NFL, ranking in the 30s in both run defense DVOA and PFF’s run-defense grades. Henry is at a point where you build your lineup around him and get contrarian elsewhere, similar to Christian McCaffrey in 2019.

Until Swift is $7.5K+ where he should be, I’ll continue to play him and eat some of the higher ownership. Even in the worst possible game script for a RB last week, Swift still managed to provide a baseline week. He set more season-highs in snaps with 78%, rush attempts with 76%, and routes with 72%. At least 5 targets in every game this season is too hard to pass up in a full PPR format like DraftKings.

If Gibson doesn’t play, McKissic will become mega chalk. Hopefully, Gibson does suit up to suppress McKissic’s ownership as he’s presented with a very similar game script to last week, when he saw 10 targets. The Packers will be able to score on Washington, which could see them playing from behind yet again.

One of the biggest leverage plays on the slate. Carter sits right in a price range below J.D. McKissic, Miles Sanders and Khalil Herbert, who expect to be highly owned assuming their incumbents (Gibson and Williams) are out/limited Sunday. Carter has commanded over 55% of the RB carries in 3 straight games as well as most of the inside the 5 attempts (4 of 6). A contrarian play if you need some differentiation in your lineups.

Paying up at WR will be tough this week without fading Derrick Henry. If you go this route, both Adams and Hill present massive ceilings against bottom 5 pass defenses.And if they hit big, it could disqualify the Derrick Henry teams from high finishes.

He’ll be a chalky play now that Antonio Brown and Rob Gronkowski are both out for this matchup, but this could be a monster game for Godwin. According to PFF, the Bears are expected to deploy Jaylon Johnson in shadow coverage against Mike Evans. Johnson has allowed only a 46.4% catch rate in his coverage this year and did a great job limiting Davante Adams last week. Brady is always looking to exploit the best matchup on the field.That will be Chris Godwin against Xavier Crawford in the slot this week.

Boyd has seen his target share decrease since Tee Higgins' return, but this week sets up well for him to return to relevance. While the Bengals rank 29th in overall pass attempts, they rank about league average in neutral-script pass rate. Additionally, the Bengals have thrown the ball 34 times on average in their two losses but just 26.5 times in their four wins. The Ravens are currently favored by 6.5 points at home, which should lend itself to more passing volume for Cincinnati.

Cheaper plays if you spend up for Derrick Henry:

Both face defenses that rank bottom 5 in adjusted fantasy points allowed to WRs and both provide leverage away from their teammates.

Pitts had his blowup game in London in Week 5, finally aligning with the elite usage he’s been seeing. Pitts is only playing 28.5% of his snaps as an in-line, traditional TE. This means that he is playing in the slot or out wide over 70% of the time, which has kept him running routes and commanding targets, rather than blocking.The Dolphins have been stingy against TEs, but they are allowing top 6 adjusted fantasy points to WRs, which is essentially what Pitts plays.

Higbee ran a season-high 86% of the routes for the Rams offense last week and has seen a 15%+ target share in 2 of his last 3 games. The Rams currently have the biggest mismatch on the slate with a 74.8% combined DVOA advantage of their offense against the Lions' defense.

6.5 point home favorites vs. Joe Burrow, who ranks top 10 in interceptable passes with 12 and has 5 INTs in the Bengals’ 2 losses this season.

Only $100 above the minimum, at home against a Chiefs team that has 14 turnovers this season — the most in the NFL.