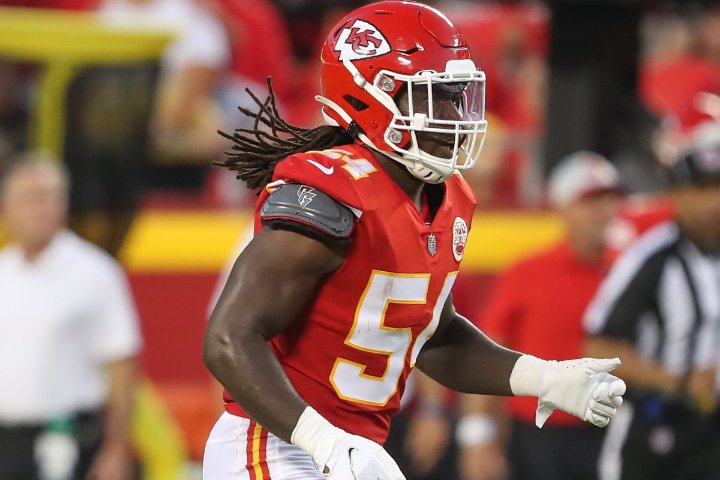 Crosby likely got dropped in plenty of leagues over the past few weeks after he followed a 2-sack opener with 0 over the next 4 games. If that happened in your league, then don’t expect him to linger beyond this week’s waivers. Crosby racked up 3 sacks among 5 total QB hits in Sunday’s win over the Broncos. That marked his 3rd game so far with 5 QB hits, which is why Crosby never dropped to “cut him” range in our rest-of-the-way rankings. Week 7 brings a solid matchup with Philadelphia, which has endured a number of O-line injuries (plus RT Lane Johnson’s 3 missed games for a personal matter).

Honestly, I probably would have paid more attention to Greenard earlier if he played for another team. But he's forcing me to take notice now.

A 3rd-round pick last year, Greenard appeared in 13 games but cracked 30% playing time on just 4 occasions. He then missed the 1st 2 contests this season with a preseason ankle sprain. And he left the Week 4 loss at Buffalo with a chest injury.

But Greenard has racked up 4 sacks in the other 3 games -- 2 of those against the Colts in Week 6. He definitely belongs on fantasy rosters now.

It’s time for Singleton to be on a roster in any league where tackles matter at all. He racked up 15 of them (8 solo) in Thursday night’s loss to the Buccaneers. That was nearly double the next-highest Eagle total. For the year, he has collected 32 more tackles than any teammate and 21 more solos.

Bolton led K.C. with 9 tackles (7 solo) in Sunday’s win at Washington. The bigger development, though, was LB Anthony Hitchens hyperextending his right elbow. That seems likely to cost the veteran at least some time. And we already figured there was a chance that Bolton and Willie Gay Jr. -- recently off IR -- might work past a healthy Hitchens to become the team’s top 2 at the position. ESPN’s Jeremy Fowler reported Sunday morning that the Chiefs planned to play the young duo together more. Bolton and Gay are worth grabbing now in IDP leagues of decent depth.

Walker returned from IR (hamstring) for Week 5 and played 73% of snaps, falling short of Jeremiah Owusu-Koramoah’s corps-leading 91%. Walker posted a game-high 9 tackles (6 solo) in Sunday’s loss to the Cardinals. He added a pass breakup and included a tackle for loss. He trailed JOK in playing time once again, but the rookie suffered an ankle injury near the end of the game that will get him a Monday MRI. Even if that turns out to not be serious, a short turnaround to the Thursday night game against Denver will obviously challenge Owusu-Koramoah’s availability. That can only help Walker’s tackle upside.

The rookie racked up a game-high 11 tackles in Sunday’s loss to Kansas City, plus a QB hit. That’s going to gain him notice in plenty of leagues, as we IDP players have been waiting for a signal. But Davis played only 56% of the snaps, according to Pro Football Focus. That’s a big step up from 43% and 23% the previous 2 weeks. But it’s at least another big step away from being at the level where we can trust him in fantasy lineups. Davis is a fine stash for deeper leagues, with Jon Bostic on IR. But don’t reach too far for him just yet.

Curl hadn’t reached 80% playing time in a game until last week against the Saints, the 1st game after LB Jon Bostic landed on IR with a groin injury. Curl followed that 89% share by playing every snap in Sunday’s loss to Kansas City. The safety also matched his season high with 9 tackles (7 solo) against the Chiefs. According to Pro Football Focus, Washington has spent a higher percentage of time in its dime package over the past 3 weeks than any other defense in the league. So Curl should at least be a good bet to keep his playing time going for the Week 7 visit to Green Bay. We’ll see beyond that.