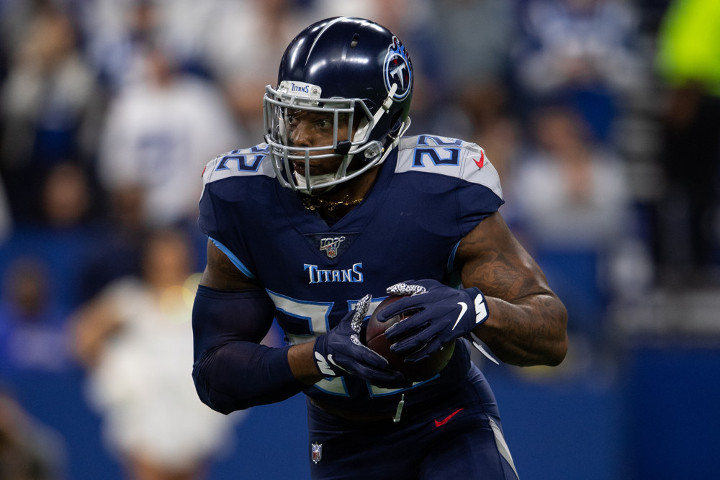 Wilson has the highest win percentage among active NFL QBs coming off a loss, so I expect another big game going up against the 49ers’ 13th ranked pass defense.

Among the top 5 highest-priced QBs on the slate, I think Russ is in the best spot with Mahomes home against the Jets, Aaron Rodgers home to the Vikings, Lamar Jackson home to the Steelers and Josh Allen home to the Patriots.

Priced as the QB2 on FanDuel, I will look to use Russ in at least 30% of my GPP lineups.

Herbert has been a fantasy stud of late, finishing as the 2nd highest scoring QB last week only behind Kyler Murray.

Herbert has thrown for 10 TDs in his last 3 games, adding 88 rushing yards and another score. Perhaps, most impressively, he was able to light up the tough pass defenses of the Tampa Bay Bucs and New Orleans Saints, who both rank in the top 10.

Herbert faces another top 10 pass defense this week in the Denver Broncos but appears to be matchup-proof as he has been playing lights out every week besides against the Panthers in Week 3.

Herbert has shown elite upside in his handful of NFL starts with a cannon arm and an uncanny ability to avoid pressure and pick up first downs with his legs. He’s still underpriced at just $7,700, so I will look to use him in at least 20% of my GPP lineups.

It’s a tough week on FD at the RB position with a lot of RBs either injured or in tough matchups.

Henry is the most expensive player on the Week 8 slate — but for good reason in an elite matchup going up against the 21st ranked rush defense of the Bengals.

We target TDs on FD, and who has been better than Henry in that department? He’s scored 7 TDs in his last 4 games.

We know Henry will get 20+ carries. He’s reached that mark in every game this season besides Week 5 against the Bills when he had 19 for 57 yards and 2 scores.

With not a lot to like at the RB position, I will be using the high floor/ceiling of Henry in at least 35% of my GPP lineups.

With Aaron Jones expected to miss another game, Williams is mis-priced on FD as the RB12 in a great matchup against the Vikings 20th ranked rush defense.

Williams was heavily used in Week 7 against the Texans, dominating Packers RB opportunities with 24 compared to just 5 for rookie A.J. Dillon.

With the Packers favored by a TD, it should be another big game for Williams.

With heavy projected winds, Aaron Rodgers may look to check down a bit more than usual. Williams has shown a great ability to catch the ball out of the backfield with 3 games this season with 4+ catches.

Somehow Lockett comes in priced as the WR10 on FanDuel (compared to the WR5 on DraftKings). He’s coming off a game when he went absolutely nuclear as the highest scoring WR of the season with 15-200-3 in the loss to the Cardinals.

With the Seahawks electing to go more pass-heavy this season, it has obviously helped Lockett in a big way. He already has 45-542-7 through just 6 games.

The Seahawks will probably continue to go pass-heavy in this one with starting RB Chris Carson expected to be sidelined by a foot injury.

Russ and Lockett should continue to eat in Week 8 against the 49ers. I’ll be looking to use Lockett in at least 30% of my GPP lineups.

Now he gets to take on the 31st ranked pass defense of the Browns in a big game for the Raiders.

Ruggs hasn’t been heavily targeted yet this season but is easily the most talented Raiders WR and showed his upside in Week 4 with 118 yards and a TD on just 2 catches against the Chiefs.

Ruggs will be very low-owned with teammates Nelson Agholor, Hunter Renfrow and Darren Waller all projected with more targets. So we can play Ruggs in 5-10% of our lineups and still be overweight compared to the rest of the field.

I’m going to go back to Kelce, who’s coming off his worst game of the season in a snow game against the Broncos when he was extremely chalky in DFS.

The Chiefs DST scored 2 TDs, which limited the Chiefs offense to just 51 plays, including garbage time for the backups in the 4th quarter.

The Chiefs get the Jets this week, favored by 20 points. But chances are Kelce finds the end zone at least once as he has scored at least 1 TD in 4 of 7 games on the season.

The Jets are completely helpless on offense and the Chiefs should be able to easily score 5+ TDs against their 28th ranked pass defense.

I will be looking to roster Kelce in at least 20% of my FD GPP lineups and hopefully he comes in under-owned after Week 7’s dud.

Henry was chalky in Week 7 as well and let everyone down with just 3 catches for 23 yards on 7 targets.

Perhaps unluckily, teammate TEs Donald Parham and Virgil Green both found the end zone in Week 7 against the Jaguars.

TD variance may go Henry’s way this week as Justin Herbert has thrown for 10 TDs in his last 3 and Virgil Green has been ruled out with an ankle injury.

Underpriced as the TE11 on FanDuel, I will be looking to roster Henry in at least 15% of my GPP lineups.

The Packers gave up 34 points to the Vikings in Week 1. But with PFF’s #1 graded corner Jaire Alexander balling, he should be able to take away Adam Thielen by himself and the Packers could elect to double Justin Jefferson and focus on stopping the run.

The game at Lambeau Field is calling for 25+ mph winds, which seems like a nightmare spot for Kirk Cousins, who performs much better in the comfort of a dome.

The Packers haven’t been able to generate much pressure this season — but maybe Preston and Za’Darius Smith can get going against a poor Vikings offensive line.

Cousins is also prone to mistakes. We saw him throw 3 first-half INTs against the Falcons before the bye.