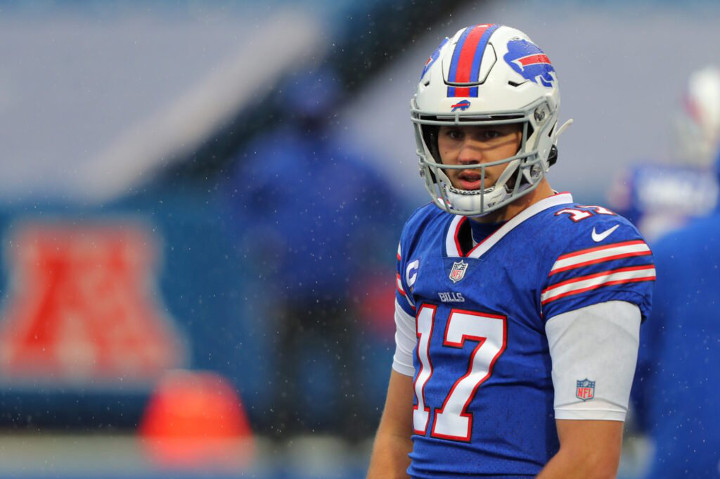 I know… Allen’s stunk in recent weeks. At least according to his standards. He’s been held under 20 FD points in 4 straight, including a low-point last week vs. New England (13.46). The Pats aren’t a favorable matchup, though — and same for Kansas City, Allen’s Week 6 opponent.

The same can’t be said for Seattle. Sure, they’re expected to return S Jamal Adams, but this game environment is much more important. Seattle enters as 3-point favorites at Buffalo, while the Bills are implied for a healthy 26 points. It’s easy to see Allen getting on track against a D ranking 31st in adjusted fantasy points allowed to enemy QBs.

Last week’s trouncing of Green Bay showcased Cook’s true upside. The Lions don’t supply quite as positive of a matchup — but they’ve still allowed the 4th most adjusted fantasy points to opposing RBs.

Unsurprisingly, Cook enters the week as our #1 RB across formats.

Edmonds has tallied only 29 carries to this point, but his 6.1 YPC mark still stands out. His explosiveness will have a chance to shine against a Miami run defense that’s rarely been tested thus far. Miami sits a lackluster 27th in Pro Football Focus’ rush D grades.

Priced too low considering the absence of Kenyan Drake, Edmonds is a cash game staple.

Diggs has caught at least 6 passes in all but 1 game this season. I think he tops that number against a leaky Seattle secondary and a Seahawks offense that’ll likely post 28+ points.

Lockett’s slot role will have him avoiding CB Tre'Davious White for most of the day. While his 2020 target volume hasn’t proven stable, Sunday looks like a high-floor outing based on Buffalo’s likely defensive approach.

10+ targets are in play here, especially if this game shoots out.

The main appeal here is a cheap price tag. But take note: Golden Tate might face a team-imposed suspension this week. His loss would give a small boost to Shepard, who’s garnered 8 and 10 targets since returning from a toe injury.

Hockenson’s coming off a season-high 10 targets against the Colts. He caught 7 balls but went without a score for the first time since Week 3.