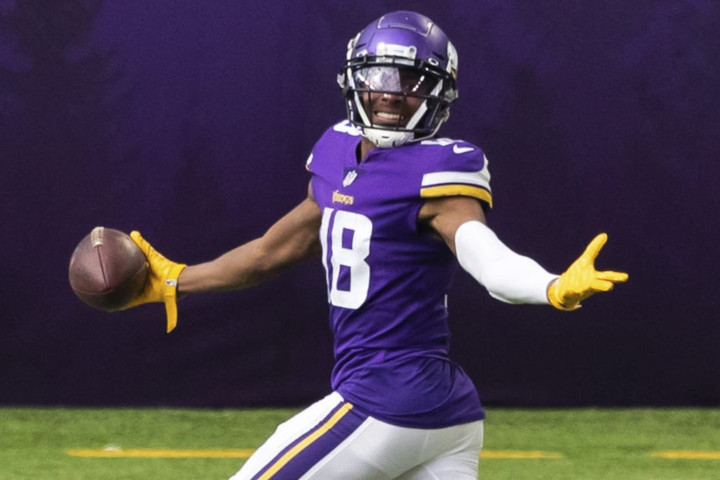 The slate is difficult to parse through.The popular games — KC/GB & ARI/SF — are dealing with COVID and injury concerns, which may move chalk elsewhere. Game selection and selecting where to pay up will be crucial parts of this week’s slate. There are enticing cheap plays at every position, as well as star players in smash spots.

In tournaments, we’re chasing ceiling performances to climb the leaderboards. Even though Allen will be 1 of the highest owned QB on the slate, he has the highest ceiling. Our ceiling projections have him at 29.1 points, which is 1.1 points higher than any other QB this week.

The Jaguars defense ranks bottom five in pretty much every pass defense category:

In Josh Allen’s career, he averages 28.35 fantasy points per game and 8.62 yards per attempt against bottom 5 pass defenses.

The Packers are allowing top 12 adjusted fantasy points to the QB position. Mahomes will have suppressed ownership due to recent performances and he comes in with the 3rd highest ceiling in Draft Sharks projections on the slate. Travis Kelce has the highest projected advantage at 54% at his position. And Tyreek Hill has the 6th highest matchup advantage at his position (both according to PFF) over Chandon Sullivan, who runs in the 4.6s. If his playmakers perform, Mahomes performs.

Lamar’s spike weeks have come on the back of massive rushing totals. The Ravens have the 3rd-highest implied point total on the main slate. The Vikings are a run funnel defense that is also susceptible to big plays, giving up the fourth-highest percentage of deep attempts at 14.3%. This plays right into Lamar Jackson’s strengths as he currently has 40 deep ball attempts this season, only behind Tom Brady, who’s played one extra game.

Not only does Kamara draw a top 3 matchup in adjusted fantasy points allowed to RBs, but Trevor Siemian is also expected to start this week, which is good news. In 4 games with Taysom Hill last season, Kamara saw double-digit targets once but 6 targets combined in the other three contests. Having the less-mobile Siemian at QB ensures that Kamara will still be a big part of the passing game.

This is my lock of the week.

The Eagles defense has been susceptible to pass-catching RBs and none are more valuable than Ekeler. D’Andre Swift was disappointing against this matchup last week, which may scare some people off Ekeler.But Swift disappointed due to the Lions having only a 25:00 time of possession.

Ekeler has caught at least 5 passes in every game that has hit the over for the Chargers so far this season. The sharps are betting the over in this Chargers/Eagles game: over 86% of the bets are on the over of 49.5.

Jones projects well in this game against the 29th ranked Chiefs rush defense in DVOA and a top 5 defense in receiving yards allowed to RBs, but he will see suppressed ownership for a few reasons:

On FanDuel, it’s a bit easier to pay up at WR this week.

Scoring TDs is how you reach high ceilings and climb the leaderboards in GPPs on FanDuel. Chase has the 5th highest ceiling in the DraftSharks projections and is currently averaging nearly a TD per game this season. The Bengals currently have a 25-point implied point total and the big play upside of Chase is too tantalizing to pass up considering he leads all WRs in 40+ yard catches with 6 and TDs with 4.

Jefferson has the single highest PFF receiving grade against man coverage this season, and the Ravens are running man coverage at a top 5 rate. Last week was the only week where Jefferson saw fewer than 7 targets this season, which may suppress his ownership.

The Bills have the highest implied team point total at 31.5 this week. Jacksonville is putrid on defense, and Sanders may see the lowest ownership between him, Stefon Diggs, and Cole Beasley due to the 0 fantasy point performance last week. Before last week he’s had 6+ targets in every game except 1 this season.If Josh Allen goes wild, Sanders has a good shot at a big play.

Devante Parker has been ruled out after re-aggravating his hamstring injury. Waddle has been heavily involved in the offense when Parker has been out of the lineup, averaging 9 targets per game in Weeks 5-7. The Dolphins see a Texans defense fresh off allowing 300 passing yards to Matthew Stafford in only 3 quarters of play.

Waller is still capable of posting double-digit target games — it’s just been a while since it’s happened. His weekly ceiling is matched only by Travis Kelce. He also provides a great leverage opportunity because many will not be able to afford to spend up at TE due to the plethora of great QB and RB plays this week. This is an underrated part of differentiating lineups: If everyone is spending down at TE and up at QB and RB, it can create a huge advantage if the chalk RBs miss.

The TE position is inconsistent.Taking advantage of Schultz failing to score in the last 3 games is a great way to get exposure to this Cowboys offense. Schultz has commanded 6+ targets in 5 straight games and provides leverage from highly owned options like Ezekiel Elliott and Amari Cooper.

If Colt McCoy starts, I’m looking to take advantage by using the 49ers' defense.And even if it’s Kyler Murray, he’ll be operating at far less than 100%.