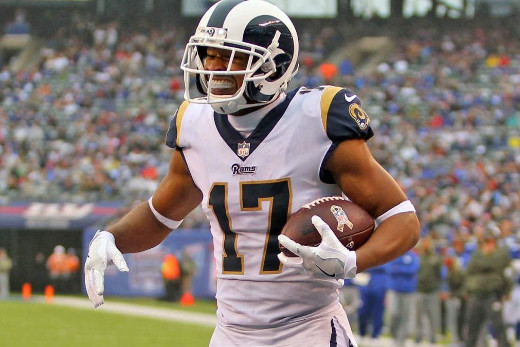 I went through this exercise 4 years ago, looking back at 2014 fantasy drafts to formulate a strategy for 2015. The biggest takeaway: spend early-round picks on RBs.

That was particularly noteworthy because it was during the middle of the Zero RB craze. The recommendation had mixed results in 2015, with early-rounders like Adrian Peterson, Matt Forte and Lamar Miller cashing in — but others like Marshawn Lynch, Eddie Lacy and C.J. Anderson busting hard.

With the fantasy landscape much different now than it was then, I thought it’d be interesting to run through the same exercise, looking back at 2018’s optimal strategy as we approach our 2019 fantasy drafts.

Player evaluation is the most important part of fantasy football. That’s why we spend the majority of every offseason analyzing talent and situation to create our projections and rankings.

But player evaluation is also the hardest part of fantasy football. The end-of-season fantasy rankings never look like the rankings you draft from in August.

While we’re always looking for ways to improve our projections and rankings, we can also become better fantasy footballers by deploying a better draft strategy.

So how do we figure out when and how often we should be targeting each position? There are surely other methods, but how I’m doing it is by looking at the average “starter weeks” per player found at each position in each round of 2018 fantasy drafts.

Let’s look at a quick example. Last year, WRs Antonio Brown, DeAndre Hopkins and Odell Beckham were picked in the 1st round of average fantasy drafts. Those 3 guys combined for 40 WR starter weeks. Divide that by 3 and we get an average of 13.3 starter weeks from a 1st-round WR last year.

Score another one for the “wait-on-a-QB” crowd. Rounds 9 and 10 presented more QB value than any other round last year. Patrick Mahomes (14 starter weeks) and Matt Ryan (12) were the gems in that range. Jared Goff (7) was just fine, too.

Goff actually provided more starter weeks than 2 of the 4 QBs who went in the first 4 rounds of drafts last year, Aaron Rodgers and Tom Brady. The other 2 — Russell Wilson and Deshaun Watson -- both recorded 10 starter weeks.

On the flip side, 5 of the 14 RBs picked in the first 3 rounds tallied 8 or fewer starter weeks. So going RB early wasn’t fool proof.

But it was obviously your best bet to find an elite RB. After Round 4, no other round averaged more than 6 starter weeks per RB. Only 4 RBs drafted after Round 4 — James Conner, Phillip Lindsay, Chris Carson and James White — provided double-digit starter weeks.

That said, going early-round WR was a nice investment last year. All 11 WRs to go in the first 3 rounds recorded double-digit starter weeks, with 5 of them tallying 12+.

But we could also find 8 other WRs in Round 4 or later who gave us double-digit starter weeks. That includes Julian Edelman in Round 7, Robert Woods in Round 8, Tyler Lockett in Round 13 and Tyler Boyd, who didn’t land in the first 16 rounds in ADP.

Let’s start with this: 40.2% of top 12 TE weeks last season came from TEs drafted outside the first 16 rounds.

Here are the corresponding numbers for starter weeks found outside the first 16 rounds at the other positions:

The problem is that those 82 TE starter weeks came from 43 different guys — just 1.9 weeks per player. That’s why streaming TE is so challenging.

As far as drafting TEs, your best bet last year was either taking 1 super early or waiting until the double-digit rounds. Two of the 3 TEs picked in the first 4 rounds — Travis Kelce and Zach Ertz — were big hits. Rob Gronkowski busted hard.

After that, though, there was very little difference between the TEs in Rounds 5 through 13. The 1 exception was George Kittle in the 12th.

If you’re a fantasy veteran, these results shouldn’t surprise you. There was virtually no difference between the first few DEFs off the board and the DEFs available at the very end of drafts.

Only 5 DEFs tallied 9+ starter weeks last year, and 3 of them went in the 12th round or later. The 3 DEFs that went in single-digit rounds recorded 7, 10 and 5 starter weeks.

That’s what we’ll dig in to in Part 2 of this article. We’ll compare value across positions at each round — and then figure out what an ideal draft strategy would have looked like last year. 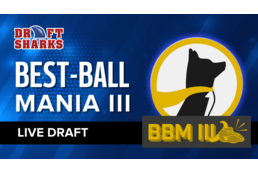