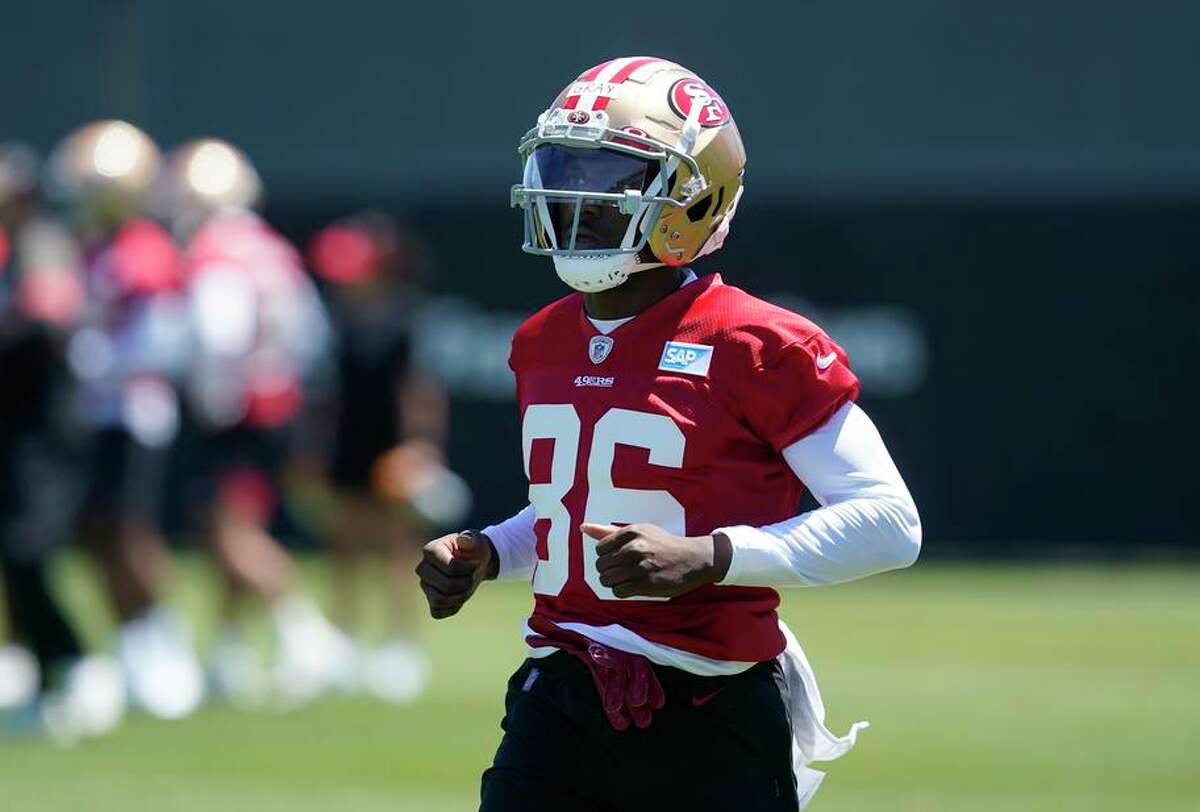 Observing OTAs, 49ers beat writer Cam Inman writes that WR Danny Gray’s 4.33 speed is “obvious.” This is clear on Gray’s tape — and it also backs up what GM John Lynch had said post-draft. Target competition remains an issue for 2022, but the front office certainly has high hopes for Gray, a 3rd round selection last month.

49ers GM John Lynch praised rookie WR Danny Gray after the draft. “He’s got legit speed,” Lynch said. “Sometimes with track guys, that doesn’t translate over to the football field. His does. But in addition to that, he does a lot of the things that we covet: In-breaking routes, screen game, he’s very good with yards after the catch.” Gray looks like a great fit for Trey Lance’s power arm. When it comes to targets, though, it’ll be tough for the 3rd-rounder to emerge in the short-term -- as long as this offense remains healthy.

The 49ers added SMU WR Danny Gray in the 3rd round of the 2022 NFL Draft. Gray spent 2 years at Blinn Community College before making the jump to SMU. He posted a 33-448-4 line in 8 games in 2020 and led the Mustangs with 803 receiving yards and 9 receiving scores this past season. Gray is a tad undersized at 6’0, 186 pounds, is considered raw in the route-running department and is already 23 years old. But he’s explosive on tape and backed that up with a 4.33-second 40 time at the Combine. He’ll compete for snaps behind Deebo Samuel and Brandon Aiyuk in San Francisco.

Gray garnered high praise from GM John Lynch. He’s a deep threat with 4.33 speed, albeit one with just a single season of high-end production (49-803-9). A 3rd-round pick, Gray’s long-term outlook would get a boost if San Francisco is unable to lock up Deebo Samuel.