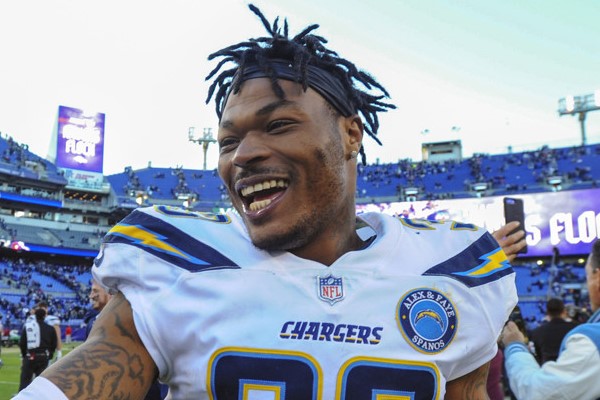 James played no football last year, thanks to a torn meniscus in his right knee. He played just 5 games the season before, thanks to a foot fracture.

That has to add some risk. But there have been no signs of lingering issues with James this summer. And the only full season we've gotten from him in the NFL so far was spectacular.

James racked up 105 team-leading tackles in that 2018 campaign. He tallied 3.5 sacks, tying Jamal Adams for the lead among safeties. He defensed 13 passes, 1 fewer than safety leader Eddie Jackson. And he grabbed 3 INTs.

All of that as a rookie.

James is a special talent capable of lining up basically anywhere on the defense. His new HC is Brandon Staley, a fast-rising youngster who piloted the Rams' league-leading defense in his only year as DC there. And James will share the field with an iffy set of LBs, which could increase his tackle opportunities.

It's an exciting player in an upside situation. As long as you can look past the recent injuries, there's plenty to like here.

Chargers S Derwin James carries no injury designation into Sunday's game against the Broncos and is expected to return to the starting lineup. James remained limited in practice this week, but the lack of a game status suggests we should expect full playing time. We'd roll with James in IDP lineups in most cases, chasing the upside over worrying about lingering risk with his hamstring issue.

Chargers HC Brandon Staley said Wednesday that he's "hopeful" S Derwin James can play Sunday against the Broncos, according to Jeff Miller of the Los Angeles Times. James did manage a limited practice Wednesday, something he didn't do until Friday last week. We'll watch for more on James' status heading into Sunday.

Chargers S Derwin James (hamstring) is active for today's game, but the team listed no inactives because of the number of players missing on the COVID list. According to NFL Network's Ian Rapoport, it's still "TBD on if he plays." If we don't hear ahead of kickoff, you'll need to start someone else in your IDP lineup.

It sounds like Chargers S Derwin James will carry plenty of risk as an IDP option today even if he's active against the Texans. NFL Network's Ian Rapoport reports that James is a game-time decision. "While he has progressed as well as hoped, the true test will be in the workout," Rapoport says. James played through his hamstring injury last Thursday night against the Chiefs but made it through just 39% of the defensive snaps before leaving. He then managed just 1 limited practice Friday. James remains in starter territory in our Week 16 IDP rankings, but we have moved him down a few spots. Consider, too, the possibility of the Chargers jumping out to a big lead on Houston and then pulling James early to rest his hamstring.

Chargers S Derwin James is questionable for Sunday's game against the Texans. The hamstring injury that kept him out of Week 14 and ended his Week 15 appearance early allowed James only a limited Friday practice this week. He'll clearly carry some risk even if active for this game. We'll check James' status Sunday morning.