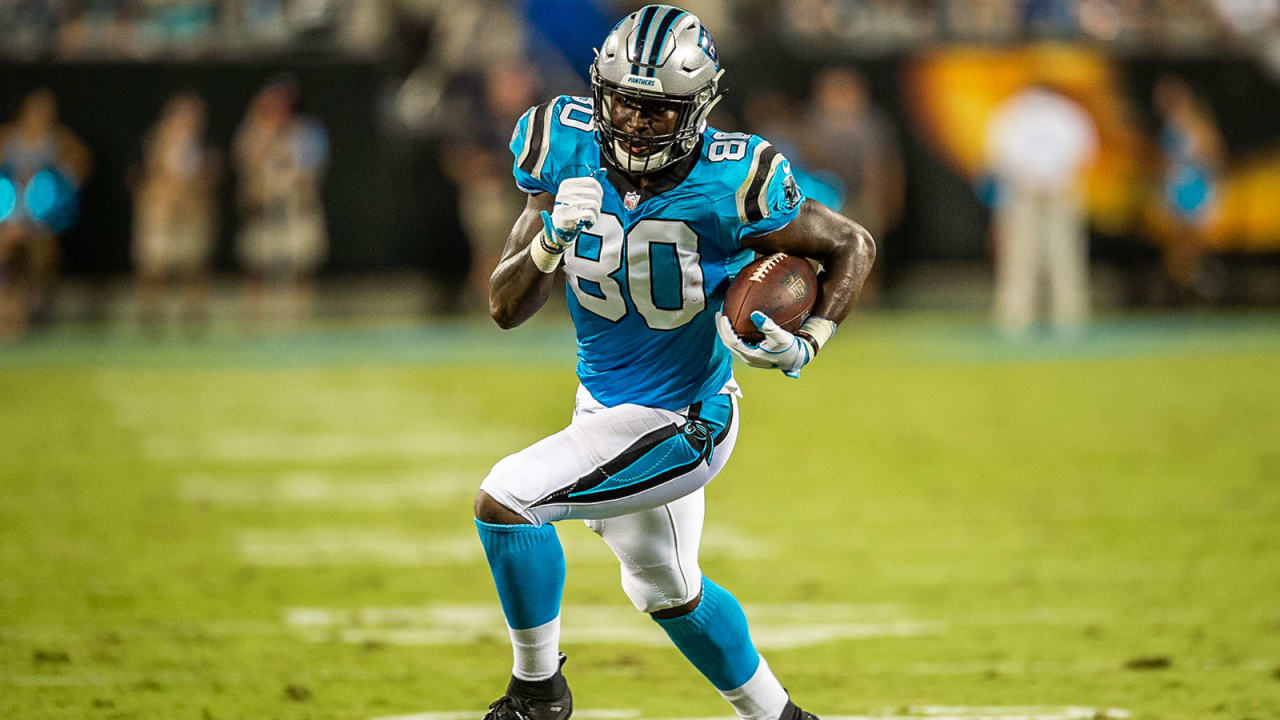 Thomas has had 4 seasons with the Panthers, split between 2 coaching staffs. After drawing 49 targets as a 2018 rookie, he has seen just 30, 31 and 30 the past 3 years. Last season found him trailing rookie Tommy Tremble (35 targets). Carolina gave him a sizable 3-year contract in free agency, with a new OC in tow. Just how Thomas and Tremble fit into the new offense remains to be seen. It’s tough to imagine either being fantasy relevant in 2022, though.

The Panthers and TE Ian Thomas have agreed to a 3-year, $16.5 million contract with $8 million guaranteed, according to NFL Network's Ian Rapoport. It's a surprisingly hefty deal for a guy with just 54 catches and 2 TDs over the past 3 seasons. Thomas had more snaps blocking than in a pass route last year and is unlikely to be a fantasy factor in 2022.

The Panthers are set to trade TE Dan Arnold and a 3rd-round pick to the Jaguars in exchange for CB C.J. Henderson, according to NFL Network's Ian Rapoport. Henderson was the 9th overall pick of the 2020 NFL Draft but has obviously fallen out of favor in Jacksonville. It's a good pickup for the Panthers, who just lost rookie CB Jaycee Horn to a broken foot. Meanwhile, Arnold will have a good shot to emerge as the lead TE for a Jaguars team in desperate need of help at the position. Arnold will be worth monitoring -- but we'd only be adding him in deep fantasy leagues at this point. Carolina is left with Ian Thomas and rookie Tommy Tremble at TE.

Panthers QB Sam Darnold opened the final preseason game with 6 straight completions against the Steelers en route to a productive night. He finished 19 of 25 for 162 yards and 2 TDs. Darnold found Terrace Marshall and Robby Anderson for 2nd-quarter red-zone scores, while D.J. Moore led all Panthers with 6 catches and 48 yards on a team-high 6 targets. Carolina opens the season with a favorable schedule, including a home date with the Jets in Week 1 and a Week 3 visit to Houston. Keep Darnold in mind as a late-round fantasy football option -- especially if you wait on addressing QB in your draft. As for the WRs, Anderson and Moore operated as the clear leaders, playing 38 snaps apiece among Darnold's 41, according to Pro Football Focus. Marshall worked in for 23. TE Dan Arnold played 30 snaps, with TE Ian Thomas taking the field for 22.

Panthers OC Joe Brady indicated recently that we should expect a lot more from the team's TEs in his 2nd season there. "The tree that I grew up in, the tight ends are the most important position on the field, the matchups that they create, and everything," Brady said in early July, according to the team website. "It's been a point of emphasis this offseason, just trying to get those guys going in the passing game. And I think those guys have kind of taken and ran with it." Ian Thomas led Panthers TEs with just 20 receptions last year, and no team threw a smaller percentage of its targets to the position. Sounds like that should change significantly in 2021. But Carolina signed Dan Arnold in free agency and drafted Tommy Tremble in Round 3. HC Matt Rhule has also said Thomas is having a "tremendous offseason." There's too much going on that the position right now for us to target any Panthers TE in fantasy drafts. We'll see whether Thomas or Arnold can step ahead of the other as an upside option for August drafts.

The Panthers signed TE Dan Arnold to a 2-year, $6 million deal. He's coming off a career-best 31-438-4 line in Arizona last year, ranking 17th among 43 qualifying TEs in yards per route run. Arnold will battle with Ian Thomas for TE targets in Carolina. Panthers TEs TOTALED just 41 targets last year -- although there could be more for the group in 2021 with WR Curtis Samuel gone.