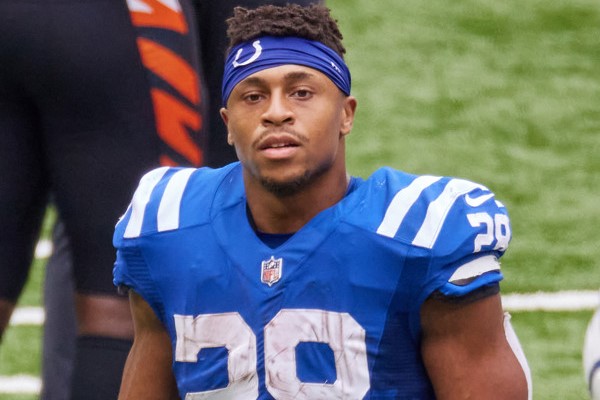 JT erupted for a massive 2nd-year breakout in 2021. His 357 half-PPR points ranked 2nd most over the past 5 seasons.

Taylor, only 23, is positioned for another massive workload. And the arrival of Matt Ryan gives him a reliable presence under center to help game scripts stay positive. Taylor shouldn't last past the 2nd pick in 1-QB leagues.

Colts RB Jonathan Taylor had arthroscopic surgery recently on his right ankle, according to NFL Network's Ian Rapoport, and it was about more than just the high-ankle sprain that ended his 2022 season. "That thing had a bunch of junk in it from a bunch of years," Rapoport relayed from Taylor on Sunday morning. The RB is reportedly on track to be fully ready ahead of the coming season, and we just might get a healthier Taylor in 2023 than we got at any point in 2022. Taylor should remain in your Round 1 plans for 2023 fantasy football drafts.

Colts RB Jonathan Taylor has been diagnosed with a high-ankle sprain, according to NFL Network's Ian Rapoport. "He’s still meeting with doctors, but it’s considered highly unlikely that he’ll play again this season," Rapoport adds. Taylor was bothered by right ankle trouble all season and will end up missing 6 games and most of a 7th. Turning just 24 in January, he's an easy bounce-back candidate in 2023. We'll see what the Colts do at QB. Taylor's absence the rest of this season leaves the backfield to Zack Moss and Deon Jackson. Week 16 brings a solid matchup vs. the Chargers, but a bad Indianapolis offense and uncertain workload split will leave both guys as just RB3 or flex plays.

Ankle issues and a sluggish Colts offense forced a major drop in production here. JT turns only 24 this winter, though, and will return as the clear lead back for Indy in 2023. Long-term QB and coaching questions remain.