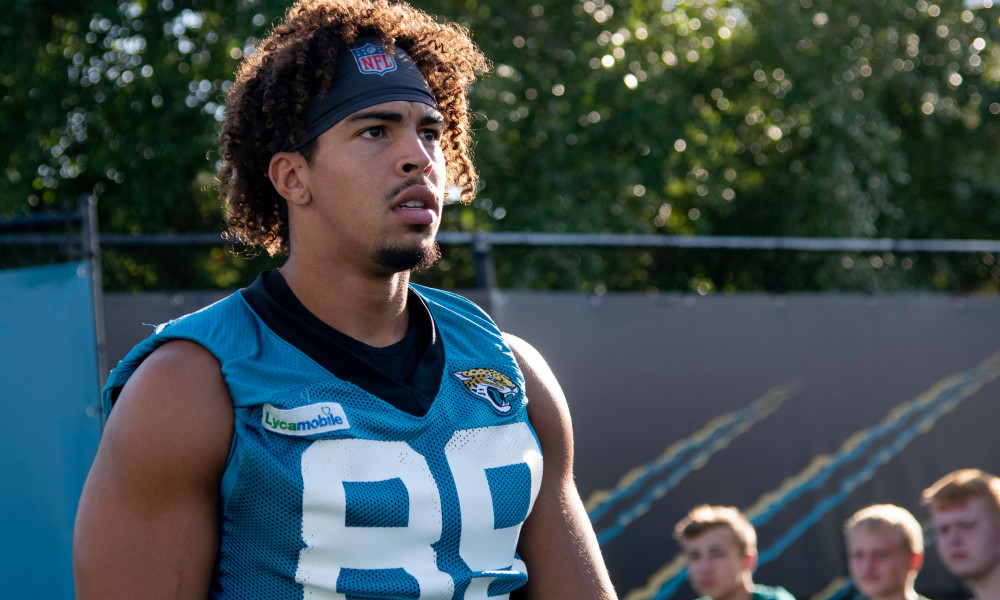 Ravens TE Mark Andrews racked up 8-89-2 receiving on 13 targets in Sunday's win over the Patriots. That accounted for 44.8% of QB Lamar Jackson's total pass attempts, with just 1 other Raven topping 2 targets. That was WR Rashod Bateman, who caught 2 of 4 looks for 59 yards. WR Devin Duvernay and TE Josh Oliver snagged Jackson's other 2 TD passes. New England ranked among the league's toughest matchups for TEs last season. Although the Pats missed S Kyle Dugger in this game, let the result remind you that we need not fear matchups when it comes to Andrews. Bateman will generally find more favorable conditions than he had Sunday.

NFL Network’s Ian Rapoport reports that the Jaguars are trading TE Josh Oliver to the Ravens for a conditional draft pick. Oliver is an intriguing talent who arrived via Round 3 of the 2019 draft, but injuries have kept him almost completely off the field since. Baltimore doesn’t offer muc immediate opportunity, with Mark Andrews and Nick Boyle leading the depth chart. But we’ll see if a change of scenery can get anything going.

Jaguars TE Josh Oliver broke his foot in Sunday's practice, HC Doug Marrone announced. Oliver will undergo surgery on Tuesday and figures to miss a big chunk of the season. He's off the redraft radar. Oliver's absence basically guarantees that Tyler Eifert will open the season as Jacksonville's lead TE. He's worth a look at the end of fantasy drafts.

Update: Oliver has been placed on IR and will miss the 2020 season.

The Jaguars have agreed to a 2-year deal with TE Tyler Eifert, according to NFL Network's Tom Pelissero. Eifert joins a roster whose most productive TE had been James O'Shaughnessy, with a top season of 24 receptions in 2018. Jacksonville drafted TE Josh Oliver in Round 3 last year, but he appeared in only 4 games because of injury. Eifert reunites with new Jaguars OC Jay Gruden, who coordinated the Bengals offense back when Cincinnati drafted Eifert in 2013. Eifert made it through 16 games for the 1st time in his career last season, posting a 43-436-3 receiving line in his age-29 season. If he hits August as Jacksonville's lead TE, Eifert should present at least spot-start potential.

Swaim out for Week 7

Josh Oliver, TE BAL There is no dynasty data for this player.