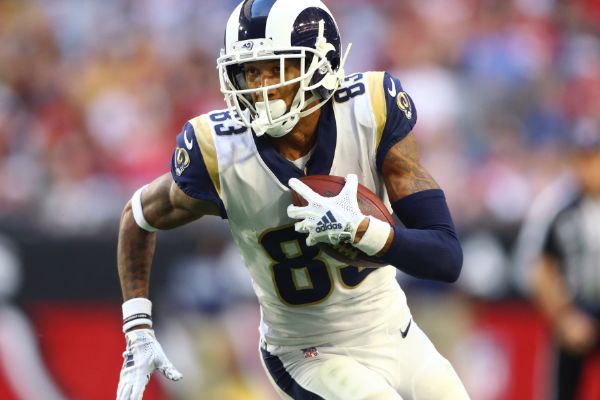 Week 11
Here’s how bad it is in Detroit: Reynolds’ no-catch is noteworthy.

It’s not particularly interesting that he caught no passes, of course. And even his 3 targets ranked just 4th on the team. But in his Lions debut, Reynolds led the team’s WRs in playing time at 90%. Next came Amon-Ra St. Brown at 85%, and Kalif Raymond at 71%.

WR targets have proved extremely volatile in Detroit, so there’s room for anyone to step up in a given week. And Reynolds’ 19.3-yard ADOT against the Browns showed the team wants to work him downfield. It’s not surprising that Tim Boyle didn’t succeed.

Jared Goff hasn’t been a terrific deep passer in his career but would at least be an upgrade over Boyle. If Goff’s ready to play against the Bears on Thanksgiving, then Reynolds carries some sneaky DFS sleeper potential. If you play in a redraft league deep enough for him to be in consideration … we salute your dedication.

Reynolds never hit the fantasy radar for a prolonged period with the Rams and was generally underwhelming from an efficiency standpoint. He had to settle for a cheap, 1-year deal with the Titans in free agency this offseason. And with the addition of Julio Jones, Reynolds will be the #3 WR in a run-first Tennessee offense.

Tennessee could throw it a bit more in 2021, but it won’t be enough to make Reynolds a fantasy option without an injury to Jones or A.J. Brown.

Lions WR Josh Reynolds and TE Brock Wright were activated from the COVID list on Monday. Both guys should be available for this weekend's finale vs. the Packers. WR Kalif Raymond remains on the COVID list for now.

The Lions on Monday placed WR Josh Reynolds on the COVID list. Unless we learn that he's a close contact, this should knock Reynolds out of any Week 17 fantasy-lineup consideration -- even if he makes it back in time for the game.

Lions WRs Josh Reynolds (thigh) and Kalif Raymond (shoulder) are active for today's game vs. the Falcons. Neither is a recommended fantasy play with Tim Boyle under center.

Lions WRs Josh Reynolds (thigh) and Kalif Raymond (shoulder) are questionable for Sunday's game vs. the Falcons. Both guys got in 3 limited practices this week and figure to play on Sunday. But they carry more risk than usual -- to go along with their unexciting ceilings.

The Lions claimed WR Josh Reynolds off waivers from the Titans. Reynolds could find playing time in Detroit's weak WR corps but is unlikely to become a fantasy factor. You can leave him on the waiver wire.