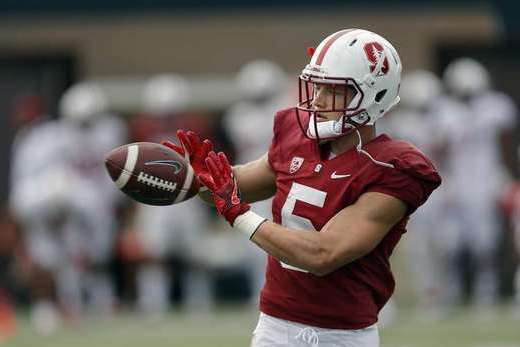 If you’re a dynasty player, then you’ve probably noticed the abundance of coverage we’ve had this spring.

There were the 46 Dynasty Prospect Profiles (plus a few more mini-profiles).
We’ve hit dynasty talk on nine different podcast episodes since February.
Subscribers can access our rookie rankings (including IDPs).

But we all do this research so that we can put it into practice. And who better to practice with than some other people who love this stuff as much as we do.

So Jared, Kevin and I invited 9 industry friends to join us for a dynasty rookie mock draft. The lineup …

No one here is trying to fill needs on an actual dynasty roster, so it’s all about the available talent. Although the picks are the main characters here, I’ll throw in some analysis after each round.

The draft started as expected. It’s a strong year at the top of the RB class. Mixon and Cook could have gone in either order—and, really, you’ll find variations on the entire top 4. But the split reiterates the top shelf at that position and the separation between Davis and the even the next 2 WRs.

Hunt’s landing spot likely propelled him into Round 1 here and figures to do so in a number of leagues. Kamara’s more likely to reach Round 1 in a PPR format such as this. Perine also landed in a nice spot, helping his post-NFL Draft fantasy outlook.

It’s nice when the FFPC guy (1.5-PPR for TEs) gets his TE early. Smola said he still prefers Samuel over Smith-Schuster straight up but didn’t want to go all-in with Panthers to start his draft.

The WRs get more shuffled after the Round 1 group. Henderson likely gets a boost from landing in Denver, where the Broncos’ starting duo is 30 (Emmanuel Sanders) and 29.5 (Demaryius Thomas)—with crappy depth behind them. I’d take Godwin and Taylor over him but don’t have a problem with any of the 3 at that point.

Foreman … I want to like because of the tantalizing measureables at his size. But I wouldn’t feel comfy taking him over the 2 backs just behind him after watching tape of all 3.

No one’s excited about the QBs, though I’ll be asking Bloom if he sees separation between Watson and the rest of the class.

The WR outlook gets even murkier at this stage. At RB, I think you’re buying situation more than the player at this point. Jamaal Williams vs. Aaron Jones will be interesting in Green Bay. I’m not ready to declare a favorite.

I didn’t know any more than you did about Yancey before the Packers drafted him, and I don’t know a whole lot more now. (Draft Breakdown only has 1 video, from 2015.) But trusting the Packers on Ty Montgomery 2 years ago has worked for me so far.

Hood steps into a sneaky-positive situation, where he’s the reserve big back behind whatever (and however long) Marshawn Lynch has left.

Chad Hansen vs. ArDarius Stewart will also be interesting … though much more so once the Jets get a QB. Hansen looked good in just one season at Cal. Stewart saw his opportunities limited in a loaded, run-leaning Alabama offense.

Zamora’s the 1st undrafted free agent to go in our draft, a good way to kick off the “late-flier” round. There’s no such thing as a bad pick at this point, just who/what you want to take a chance on.

Henderson and Hollins are my favorites here because of opportunity. Denver’s taking a chance that C.J. Anderson can stay healthy and/or Jamaal Charles has anything left and/or that Devontae Booker isn’t as bad at football as he appeared to be last year. It’s possible Henderson starts games before the end of his rookie season.

Hollins is blocked in Philly this fall, but the Eagles signed Alshon Jeffery for just 1 year, Jordan Matthews is in a contract year and Torrey Smith’s 3-year deal has no guaranteed money beyond 2017.