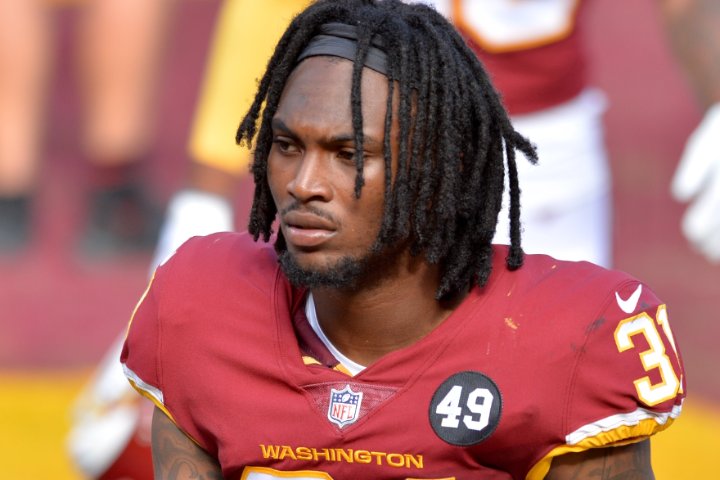 Commanders S Kamren Curl (thumb) is out for today's game against the Lions. It'll be his 2nd straight missed game. Darrick Forest had a nice outing in Curl's place in Week 1 and is a viable IDP option. DT Jonathan Allen (groin) is active. Originally listed without a game status on the final injury report, Allen got added as questionable over the weekend. There might be elevated risk to using him in IDP lineups, though injuries to the Detroit O-line counter with upside.

Commanders S Kamren Curl is questionable for Sunday's game against the Lions. Curl put in limited practices this week with the thumb injury that cost him Week 1, but ESPN's John Keim said he didn't test the thumb by catching passes. Keim added that Curl says the ligament in the thumb needs to heal. It sounds like we should expect Curl not to play. If that's the case, Darrick Forrest will fill in again. Forrest tallied 5 tackles (4 solo) with an INT, a 2nd pass defensed and a forced fumble in the Week 1 win over the Jaguars.

Curl having a good camp

ESPN's John Keim says Commanders S Kamren Curl is having the best training camp among his 3 years with the team. Kim says the 23-year-old has been more vocal, displaying growth in both his confidence and his comfort within the system. Curl has reportedly seen some time in the "Buffalo nickel" role that Landon Collins played last season, which includes some LB-type duties. Curl has the versatility to play in the box and deep. He spent a greater percentage of his time in deep coverage last year vs. 2020, which is generally negative for a safety's fantasy-scoring potential. But Curl's skill set and situation give him DB1 upside for IDP leagues.

Washington on Thursday placed S Kamren Curl on the COVID list, leaving him likely to miss Sunday's game at Philadelphia. He's the 2nd member of the starting secondary to hit the COVID list this week, following CB Kendall Fuller. We'll see whether anyone else in the group goes with them.