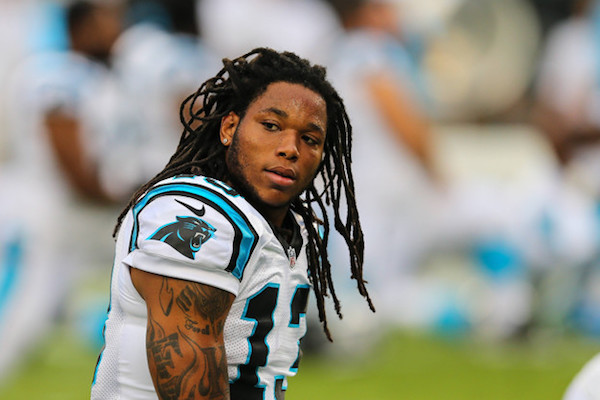 The Giants have signed former WR Kelvin Benjamin as a TE. The 2014 1st-rounder topped 1,000 yards with 9 TDs as a rookie, missed 2015 with a torn ACL and then rebounded for a 63-941-7 line in 2016. But he bounced around to 3 different teams the next 2 seasons, totaling 73 catches and 4 TDs. And he's been out of the league the past 2 years. Benjamin is now 30. He has TE size at 6'5, 245 pounds and would be a catch-first player if he makes it. But Benjamin isn't even a lock to make the Giants' final roster and is a long shot to find meaningful playing time.

Chiefs WR Sammy Watkins reportedly re-injured his foot in Thursday's practice. The Kansas City Star's Sam Mellinger reports that Watkins is expected to miss another 4-6 weeks. That timeline would knock him out for the rest of the regular season and potentially cost him playoff games. Kansas City will move forward with WRs Chris Conley, Demarcus Robinson and newly signed Kelvin Benjamin behind Tyreek Hill. Conley is the only viable fantasy option and looks like a boom-or-bust WR3 the rest of the way.

The Chiefs have signed WR Kelvin Benjamin. It's an intriguing landing spot on paper, but Benjamin has simply been bad in Buffalo these past 2 seasons. And it's far too late in the season to expect him to make a fantasy impact. He can be left on your waiver wire.

The Bills have released WR Kelvin Benjamin. The news sounds bigger than it actually is. Benjamin's playing time has been in decline, and he's totaled just 9 targets over the past 3 games. Zay Jones had already emerged as Buffalo's clear #1 WR. Benjamin turns just 28 in February but has now seen his receiving yardage drop each season since he entered the league. We'll see where he lands.

The Bills have named QB Josh Allen their starter for Week 2, according to ESPN's Adam Schefter. That's no shock after Nathan Peterman's indefensibly bad start against the Ravens in Week 1. If Buffalo's willing to insert its 1st-round pick into that environment, why not go ahead and kick off the Allen Era officially against the Chargers? This, of course, remains a hands-off fantasy situation. Allen, though, brings much more fantasy upside than Peterman with his combo of arm strength and rushing ability. The latter, in particular, makes the Bills rookie stash worthy in 2-QB leagues. Allen's skill set also looks like a better fit for WR Kelvin Benjamin, though we'd like to see Benjamin actually do something before using him in fantasy lineups. Benjamin managed 1 catch on 7 targets at Baltimore.

Kelvin Benjamin, TE UNS There is no dynasty data for this player.