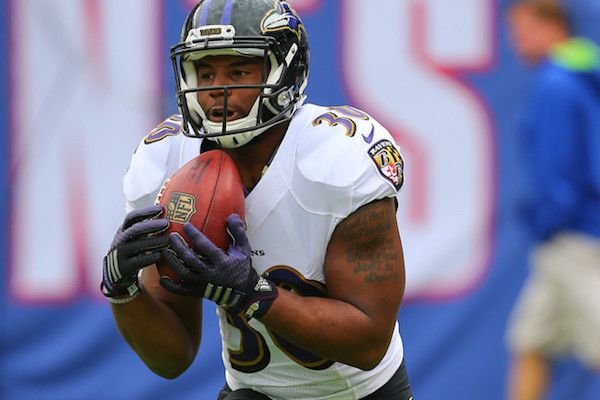 Jets HC Adam Gase tells ESPN that he would like to "lessen the load" a bit on RB Le'Veon Bell in 2020. "Hopefully, we can get some of the younger backs to where we can make a good one-two punch to where we can really excel instead of feeling like it's just all on him all the time," Gase said. Bell ranked 8th in the league in touches in his 1st season with the Jets (despite missing a game). He handled 69.8% of the team's rushing attempts and 16.1% of the targets in his 15 contests. So there's room for Bell to shed some opportunities and still rank well in those categories. Gase said in the same interview that he hopes more downfield speed in the pass-catching corps will help create space for Bell, who faced the league's 7th-highest rate of stacked boxes on run plays last year (according to NFL Next Gen Stats). With just Kenneth Dixon, 4th-rounder La'Micael Perine and former Eagle Josh Adams currently behind him on the depth chart, we're not worried about anyone stealing a damaging amount of work from the Jets starter.

The Ravens have reached an injury settlement with RB Kenneth Dixon that releases him from IR, according to Jeff Zrebiec of The Athletic. The 25-year-old is now a free agent. We saw no report of a specific injury when Baltimore placed Dixon on IR. Zrebiec says, "It seems unlikely he will quickly resurface as he is rehabbing a fractured knee but should be back on NFL radars next spring." Dixon played 3 of Baltimore's 4 preseason games, though, including 13 carries for 66 yards in Thursday night's finale. It's hard to see why he wouldn't be on the 2019 radar. We'll be watching to see where he lands.

The Ravens on Saturday placed RB Kenneth Dixon on season-ending IR. We've seen no report of a specific injury, so this seems like a situation where we could see an injury settlement. That would allow Dixon to find a new team. He's obviously not a fantasy asset to any degree until that happens. The move clears the way for Baltimore's expected top 3 at RB: Mark Ingram, Justice Hill and Gus Edwards.

Ravens RB Ty Montgomery is a surprise inactive for today's game against the Bucs. That leaves the backfield to Gus Edwards, Kenneth Dixon and Buck Allen. Dixon's volume has been on the rise, and he's in play as a RB3 or flex this weekend.

The Ravens have placed RB Alex Collins on IR with the foot injury that cost him last week's game. He reportedly won't need surgery. The team is also activating RB Kenneth Dixon from IR. He's been out since suffering a knee injury back in Week 1 but could see time Sunday against the Falcons, especially with RB Gus Edwards entering the game questionable. We expect Edwards to play, especially after he finished the week with a full practice. Dixon is a pickup option for many leagues, though, as an Edwards handcuff or Collins replacement. Buck Allen remains in the mix as well.

Kenneth Dixon, RB UNS There is no dynasty data for this player.