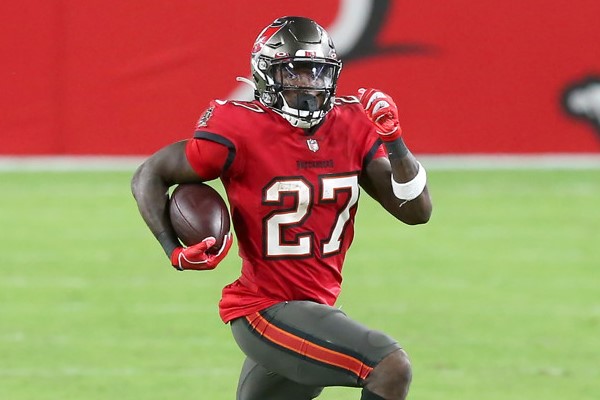 Jones’ landing spot in Kansas City is intriguing. Even without WR Tyreek Hill, it’ll be a strong offense with a strong offensive line. Jones’ competition for snaps, Clyde Edwards-Helaire, has disappointed through 2 NFL seasons.

But Jones didn’t exactly light it up during his 4-year tenure with the Bucs. The fact that he got just a 1-year, $1.5 million deal from the Chiefs in free agency is confirmation that teams weren’t falling over themselves to add him.

Edwards-Helaire, who the Chiefs spent a 1st-round pick on just a couple years ago, should head to camp as the favorite for the lead job. We’ll see if Jones can push him.

Chiefs RB Clyde Edwards-Helaire has been placed on IR with his high-ankle sprain. He'll miss at least the next 4 weeks and can be dropped from redraft rosters. We'll see if CEH's absence gets RB Ronald Jones on Kansas City's active roster on game days, but this now figures to be a 2-man backfield with Isiah Pacheco and Jerick McKinnon.

Chiefs RB Ronald Jones is a healthy scratch for today's opener vs. the Cardinals. He's behind RBs Clyde Edwards-Helaire, Jerick McKinnon and Isiah Pacheco on the depth chart.

Chiefs HC Andy Reid commented on the progress of RB Ronald Jones. The former Buc managed to make the 53-man roster following cutdowns on Tuesday. “I thought RoJo did a nice job down the stretch, and we know what he's capable of. It's a matter of him being comfortable in the offense,” Reid said. [We] throw a lot at the running backs, and it looked like he was starting to get it down the stretch there. Good football player.” Jones’ Week 1 role remains a mystery, but he’s at least trending in the right direction.

Jones' rocky 4 years in Tampa certainly didn't point to big things for his 2nd contract. So landing in a K.C. backfield filled with Clyde Edwards-Helaire questions looks pretty good. We're still not expecting much from Jones long-term, though. So this year could present you with "sell" windows at various points.