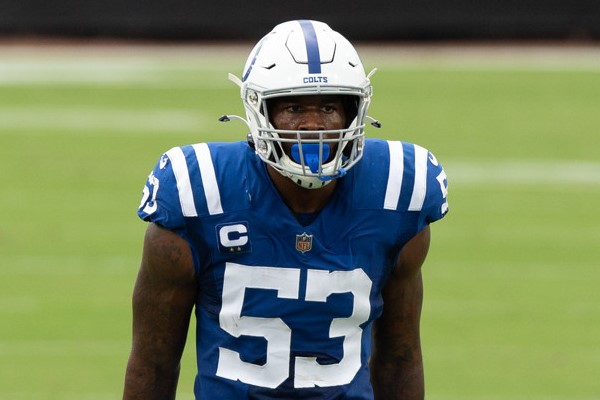 Colts LB Shaquille Leonard had back surgery Tuesday and will miss the rest of the season. The operation was reportedly successful, so he should have time to get ready for 2023. In the meantime, Zaire Franklin and Bobby Okereke should be locked in as Indy's full-time LBs the rest of this season.

Colts LB Shaquille Leonard will not only miss this week's game, but also at least the 3 after that. The team has placed him on IR following a setback with his troublesome back. Leonard had surgery in June, then didn't appear in a game until Week 4. A concussion and facial injury then sidelined him until Week 8. Leonard has yet to exceed 54% playing time in his 3 appearances. Indianapolis has a Week 14 bye, so Leonard will now be out until at least Week 15. And even then, he'll be a poor bet to return at full playing time. He's droppable in nearly all redraft formats.

Leonard out for Week 10

The Colts have ruled LB Shaquille Leonard (back, ankle) out for Sunday's game against the Raiders. That should return LB Bobby Okereke to full playing time. We've moved him up the Week 10 IDP rankings.