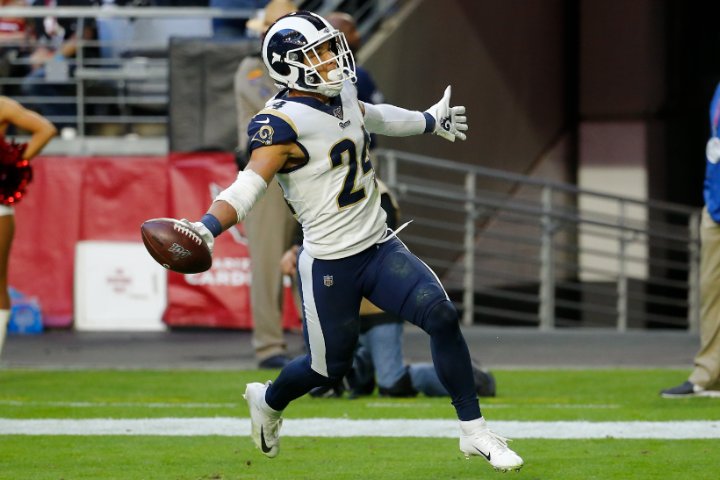 Rams S Taylor Rapp (ribs) is active for today's game against the Cowboys.

Rams S Taylor Rapp (ribs) is questionable for Sunday's game against the Cowboys. He opened the week with 2 limited practices but then sat out Friday. We'll check his status Sunday.

Rapp out vs. Cardinals

The Rams have ruled S Taylor Rapp out for Monday night's game against the Cardinals. Rapp is dealing with a concussion he suffered last Sunday. His absence leaves L.A. without its 2 starting safeties, as Jordan Fuller had previously been deemed out for the season with an ankle injury. The Rams signed veteran S Eric Weddle early in the week. Stu Jackson of the team website reports that coaches are "looking at a range of possible snaps for him." Elsewhere on the defense, HC Sean McVay said there's a "good chance" LB Troy Reeder will wear the green dot and call the defensive plays, which points to full playing time for Reeder.