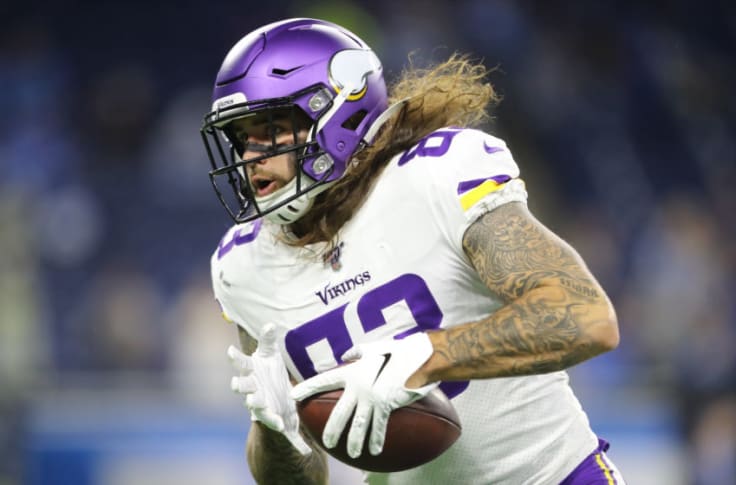 Now on the Jets, his 2022 setup just doesn’t supply a similar upside. He’ll face competition for TE targets from C.J. Uzomah (and perhaps rookie Jeremy Ruckert). He’ll encounter a QB downgrade, too, while dealing with a deeper WR corps.

Conklin’s no more than a late flier in FFPC formats.

Jets HC Robert Saleh would not commit to QB Zach Wilson as his Week 12 starter on Monday. “We’re keeping everything on the table," Saleh said. The Jets had been winning in spite of Wilson -- but that ended in Sunday's loss to the Patriots, when Wilson went 9 of 22 for 77 yards. He's completed just 55.6% of his passes this season, averaging 6.8 yards per attempt with 4 TDs and 5 INTs. Saleh wouldn't say whether he'd go with QB Joe Flacco or QB Mike White if Wilson is benched. None of those guys should be in your Week 12 fantasy plans, but Flacco or White would be at least a slight boost for New York's skill-position players.

Wilson is the pass offense vs. Bills

Jets WR Garrett Wilson gobbled up nearly all of his team's receiving production in Sunday's win over the Bills. He drew 36% of QB Zach Wilson's pass attempts (9 targets), caught 44.4% of his completions (8) and amassed 59.7% of the team's yardage (92). Wilson was polite enough to let RB James Robinson claim the only TD reception. Zach Wilson threw for just 154 yards overall, with no 2nd Jet exceeding 16 receiving yards. Robinson and C.J. Uzomah were the only other 2 Jets to catch multiple passes. WR Denzel Mims ranked 2nd behind Garrett Wilson in playing time and routes but caught just 1 of 4 targets. TE Tyler Conklin continued to play clearly ahead of Uzomah, especially as a receiver (24 routes to Uzomah's 10, according to Pro Football Focus). The Jets now get a Week 10 bye. Perhaps someone will reacquaint them with WR Elijah Moore during that time off. He actually ranked 3rd among Jets WRs in playing time Sunday but didn't garner a target.

Jets TE Tyler Conklin caught both of QB Zach Wilson's TD passes in Sunday's loss to the Patriots. In all, he snared 6 receptions for 79 yards on a team-high 10 targets. Wilson completed just 20 of 41 passes but generated 355 yards. He tossed 3 INTs to go with the 2 TDs. Don't expect passing success for anyone in a Week 9 clash with the Bills.

Jets TE Tyler Conklin remained heavily involved in the offense in Sunday's win over the Jets, playing the 4th most snaps among non-QB skill-position players on offense. The problem is that TE C.J. Uzomah was among the 3 who played more. Uzomah edged Conklin 41-40 in total snaps and also ran 5 more pass routes. Compare that to Week 4, when Conklin doubled Uzomah's routes and played 26 more snaps in all (with QB Zach Wilson back). One game of the depleted receiving role doesn't make Conklin a "must" drop, but he's also not a "must" hold at a position where many fantasy football lineups are desperate for a decent starting option. Don't expect him to be close to our top 12 at the position for a Week 6 visit to Green Bay. We'll see whether the playing-time alterations become a trend.

Jets HC Robert Saleh announced Wednesday that QB Zach Wilson has been medically cleared from the meniscus tear and bone bruise he suffered in his knee in mid-August. Barring a setback this week, Wilson will start Sunday's game vs. the Steelers. He shouldn't be in fantasy lineups, but we'll see what he means for New York's skill-position guys. QB Joe Flacco currently leads the NFL with 155 pass attempts but completed just 59% of them and averaged an ugly 5.8 yards per attempt. Wilson is certainly capable of beating those numbers.