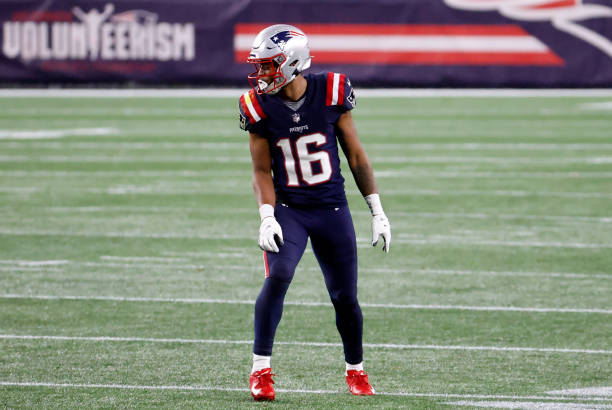 Henry McKenna of Patriots Wire says it would "surprise" him if WR Jakobi Meyers doesn't lead the Patriots in receptions and receiving yards this year. "Meyers has been the best pass-catcher at training camp and in preseason," McKenna writes. "It's not even close." We'll see exactly what that means for weekly target counts in an offense that figures to remain run-heavy as long as QB Cam Newton is behind center. But we'd also bet on New England transitioning to rookie Mac Jones at some point this year. Either way, Meyers is a low-risk PPR bet well outside the top 50 at WR.

Patriots WR Jakobi Meyers has been on the field for 93% of Cam Newton's snaps through 2 games (27 of 29). His 67 receiving yards rank 2nd on the team in preseason, trailing only reserve WR candidate Kristian Wilkerson (who has just 8 more yards on 5 more receptions). Meyers' top highlight has been a 28-yard catch-and-run TD against the Eagles in Week 2. Nelson Agholor sat out the preseason opener but returned for Thursday night's game. He played just 1 fewer snap than Meyers (15-14) but drew nary a target compared with 3 for Meyers. The 2nd-year wideout looks like a high-upside late-round pick for your fantasy football draft.

Andrew Callahan of the Boston Herald this week led his list of potential "breakout" Patriots for 2021 with WR Jakobi Meyers. Callahan points to the "only" potential hurdles for Meyers being injury or "dominant summers from Nelson Agholor and Kendrick Bourne," whom New England paid up for in free agency. "But those free-agent additions undoubtedly saw what everyone else did at OTAs and minicamp this spring: Meyers was the best receiver on the field," Callahan writes. We've certainly read other similar offseason buzz for Meyers, who claimed 28% of Patriots targets from Week 7 on last season. At WR68 in current FFPC best-ball drafting and a mid-13th round price on Underdog, Meyers at least looks worth some shots in your drafts. We'll see how things go for him and the rest of the Pats offense through training camp and preseason. Mac Jones taking over for Cam Newton at QB would also likely be good for Meyers' target volume.

Meyers the Patriots' most productive WR?

NBC Sports' Tom Curran believes Jakobi Meyers will be the "most reliable and productive Patriots wideout in 2021." New England added Nelson Agholor and Kendrick Bourne to the WR room this offseason, but Curran believes Meyers' understanding of the offense, route-running ability and reliable hands will give him the edge. It's a situation to track in training camp and preseason action, but Meyers is a nice target right now at his late ADP.