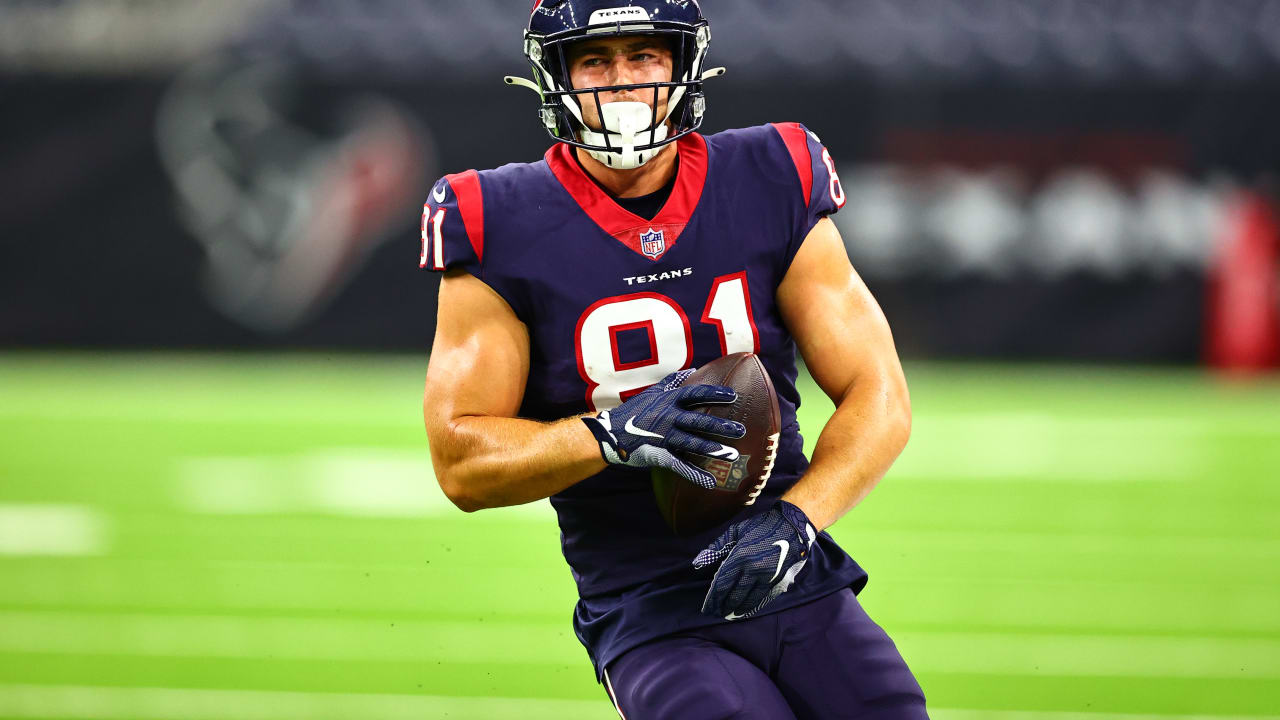 The MMQB's Albert Breer hears that Texans TE Kahale Warring impressed in last weekend's rookie minicamp. The 3rd-rounder didn't even play football until his senior year of high school, so he's obviously a project. "But the raw ability could help him carve out a role as a matchup guy in Year 1," Breer writes. Warring might find targets tough to come by, though, in a passing game featuring DeAndre Hopkins, Will Fuller and Keke Coutee. We're not spending a pick on Warring in early redrafts, but he's a fine target late in dynasty rookie drafts.

The Texans selected San Diego State TE Kahale Warring in the 3rd round of the 2019 NFL Draft. Warring didn’t play a lick of football until his senior year of high school in 2014. He totaled just 20 catches across his first 3 college seasons before leading a run-heavy Aztecs team with 31 catches last year. The 6'5, 252-pounder registered a strong 79th percentile SPARQ score at the Combine and is also 1 of the best blocking TEs in this class. Warring will find opportunity in Houston, where the depth chart consists of Ryan Griffin, Jordan Thomas and Jordan Akins.