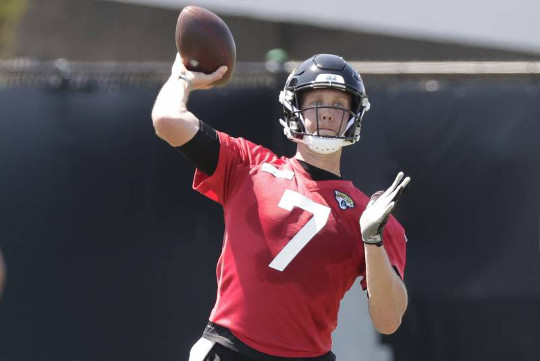 Bears QB Nick Foles (hip) is inactive for tonight’s game against the Packers. QB Mitchell Trubisky gets the start in his place.

Bears QB Nick Foles (hip) is listed as doubtful for Sunday night’s game against the Packers. So it’ll be Mitchell Trubisky back under center for Chicago. He chucked for 432 yards, 5 TDs and 2 INTs in plus matchups vs. the Lions and Giants to open the season before getting benched in Week 3. Trubisky brings some rushing upside but is still just a lower-end QB2 for Week 12.

Foles out, Trubisky a full-go Wednesday

Bears QB Nick Foles (hip) did not practice on Wednesday, while QB Mitchell Trubisky (shoulder) was a full-go. Chicago has 2 more practices before Sunday night's game against the Packers, but Trubisky looks like the early favorite to be under center for that one.

Bears not naming QB starter yet

The Bears head toward Week 12 with injuries to both QBs. Nick Foles sustained a hip injury late in last Monday night's loss to the Vikings. Mitchell Trubisky entered that week with a shoulder injury and is still working back from it. According to ESPN's Adam Schefter, HC Matt Nagy declined to say Monday who will start Sunday against the Packers, adding that a switch to Trubisky is "on the table." Tyler Bray came on to finish the Week 10 game after Foles' injury.

Bears QB Nick Foles hurt his right hip late in Monday night's loss to the Vikings and left the field on a cart. NFL Network's Mike Garafolo reports that Foles "is actually OK" and that initial testing found no fracture in the hip. Foles is headed for further testing, and the Bears get a Week 11 bye. If Foles does miss further time, Garafolo says there's a chance Mitchell Trubisky's injured shoulder will be ready after the bye. Tyler Bray replaced Foles for the final few plays on Monday night.