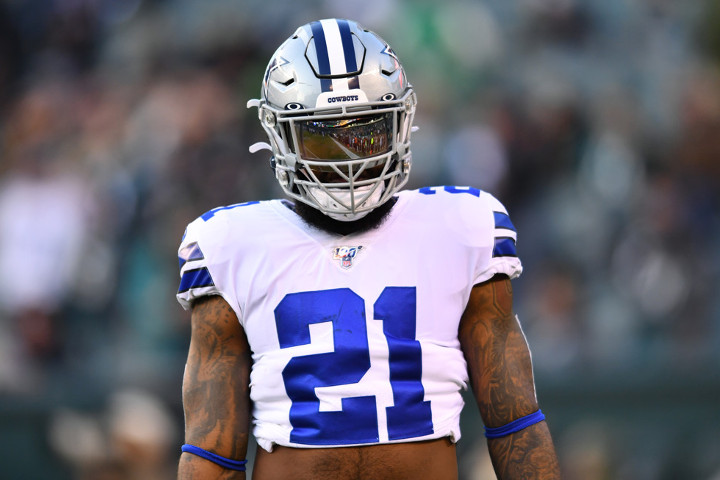 Season-long numbers can lie. Fantasy football, after all, is a weekly game. And while big spike weeks are certainly important, there's value in game-to-game consistency.

That's what our Reliability Ratings measure: Which guys were the steadiest weekly fantasy producers. To calculate a player's Reliability Rating, we take the number of weeks he finished inside fantasy-starter territory at his position -- that's a top 12 QB, top 24 RB, top 36 WR or top 12 TE -- and divide it by his number of games played.

Of course, Reliability Rating doesn’t tell the entire story either. A #1 weekly finish by a WR counts the same as a 36th-place finish here. So consider this metric a measure of each player’s floor, rather than ceiling. But it’s another useful piece of information as we digest the 2019 campaign.

Below, you’ll find each position ranked by the percentage of weeks they finished inside starter range in half-PPR scoring last season. All players with at least 2 starter-level fantasy weeks are included.

* Drew Brees jumps to an 80% Reliability Rating if we remove Week 2, when he exited after just 9 snaps. Brees and Teddy Bridgewater combined for 10 top-12 weeks, which would have tied for 2nd most with Deshaun Watson and Dak Prescott for 2nd most.

* Russell Wilson ranked 4th among QBs in total fantasy points last year. But he tied for just 11th in number of top-12 weeks (7).

* Ezekiel Elliott -- not Christian McCaffrey -- was the only RB to crack the top 24 in all 16 games. McCaffrey's only blemish came in Week 2, when he finished 42nd.

* Dalvin Cook's only outing outside the top 24 came in Week 15, when he was knocked out in the 3rd quarter with a shoulder injury.

* Here are the teams that produced the most total top-24 RB weeks:

* No surprise to see Michael Thomas at the top here. But how about Golden Tate checking in with the 2nd highest Reliability Rating? He was suspended for the first 4 games of the season, finished WR73 in Week 5 and then ripped off 9 top-36 finishes over his final 10 games.

* DeVante Parker was awesome last year. He finished 7th in total half-PPR points and tied for 2nd with 12 top-36 weeks.

* Cooper Kupp ranked 4th in total half-PPR points but tied for 10th in number of top-36 weeks and 18th in Reliability Rating.

* The Falcons supported a pair of top 8 WRs in Reliability Ratings in Julio Jones and Calvin Ridley.

* Wanna know why it's so hard to stream TEs from week to week? 62 different TEs recorded a top-12 week last season. 40 recored multiple top-12 weeks. But only 10 recorded more than 5 top-12 weeks. That's a lot of dudes who popped for a game or 2 and then basically disappeared.

* Only Travis Kelce and George Kittle tallied more top-12 weeks than Jared Cook, who finished as a TE1 in 7 of his final 8 games.

* Giants TEs Evan Engram and Kaden Smith combined for 9 top-12 weeks, which would have tied for 3rd most.