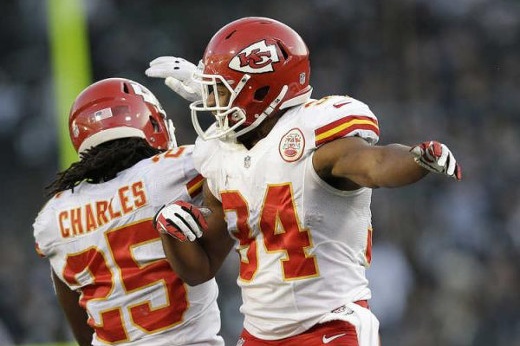 The MFL10 scene is one of the biggest fantasy niches going right now. It's the perfect venue for fantasy football fans to bide their time while waiting for the real games and the DFS contests to begin.

This summer, nearly everyone in the fantasy football industry has started talking about them. If you have been listening to all the fantasy podcasts out there or following #MFL10 on Twitter, then you’ve realized that rarely is anyone adding anything new to the conversation.

These conversations largely focus on optimal roster construction and positional targeting while providing ideas for certain players to target this year. We’ve had 3 podcast episodes dedicated to the format and a complete series of positional strategy articles.

What I am going to try to do in this article is add something to the conversation, something you can leverage in MFL10 drafts (before they stop for the year Friday night) and carry into other best-ball leagues like those hosted by the FFPC.

In best-ball leagues, you don’t have the luxury of the waiver wire or trades to reinforce your team in the event of injury, diminished role or ineffectiveness on the part of your drafted players. If you selected Arian Foster, Kelvin Benjamin or Jordy Nelson before their injuries, then that’s a big blow to your team that you’re living with for the rest of the season. However, you do get to avoid agonizing lineup decisions such as Larry Fitzgerald vs. John Brown in your FLEX each week.

Stacking and handcuffing are 2 methods of addressing these factors. Both refer to selecting 2 players from the same team usually at the same position. To distinguish between the terms, we’ll use these definitions: "Stacking" refers to player pairs relatively close in value. This year, a viable stack might be Vikings WRs Mike Wallace and Charles Johnson. "Handcuffing" refers to pairing a backup player with your stud. You might handcuff Jerick McKinnon to Adrian Peterson.

Stacking essentially hedges your bet on a positional unit or entire offense for a given team. If you expect Teddy Bridgewater to throw 2 TDs in a given week, then odds are decent either Wallace or Johnson will score, but it’s unlikely they both do. So, in having both, theoretically, you increase the chances of at least 1 contributing to your starting lineup. This concept can also be applied cross-positionally. For example, we will look at QBs matched with their WRs -- such as Tony Romo and Dez Bryant or Eli Manning and Odell Beckham Jr.

This time we started by identifying all the instances of a stack or handcuff. We then replaced the 2nd player with the next player drafted in that particular draft from the same position. We recalculated weekly starters for each team and the total season points.

If a team had multiple stacks/handcuffs, we treated each stack as a separate case. We then compared the points for the original group and the group with the replacement player using a paired t-test to determine any statistically significant differences in stacking vs. non-stacking.

To verify any relationship was due to the stack/handcuff and not simply from replacing with a lower-valued player, we also re-ran the calculations using the previously selected player rather than the next selected player.

Let’s get into the results...

A superficial look at the data shows a lot of value in drafting players from the same team over similarly ranked replacements.

Except for QBs and TEs stacked with defenses, it seems advantageous to pair players from the same team regardless of position. You roughly expect a TD-and-a-half bump, or 9 points, to your team per stack. Your upside is also nearly twice that of not creating a stack/handcuff. For example, the top 10% of teams who stacked RBs saw at least a 57.9-point improvement over the alternative replacement player. The top 10% of teams with the replacement player were only about 28.9 points better than the replacement.

Digging into the data showed the bump and the variance to be a bit greater early in the draft than later. But, this can be expected since players that are drafted earlier are expected to contribute to your team more often anyway. There also didn’t seem to be any noticeable differences between a stacking and handcuffing and when you were doing them in the draft. They always seemed to provide an advantage.

Be sure to keep things in perspective. Although a QB stack looks positive, don't make it a primary plan. Treat it as a fallback. These cases were likely prevalent among teams that drafted 3 QBs, which our previous research showed to be a poor play. You might be better off targeting another position altogether since it would not only create a positive stacking situation, but also bolster another position group.

The takeaway is: If you are considering a few players in the same tier, side with the 1 who is on the same team as a player already on your roster. Don’t reach for the player, because this could just as easily negate the advantage you’re getting from the stack.

Some Handcuffs/Stacks to Keep in Mind for 2015:

It’s pretty interesting to look back at the stacks and the replacement players from the past 2 years and see how each fared. 2014 Odell Beckham and 2013 Knowshon Moreno were especially noteworthy stacks. 2014 Terrance Williams was a surprisingly bad replacement player. Explore them for yourself ...

Follow the rankings on draft day, right? Well when it comes to defense ... not so much.

QBs flew off the board faster than in the previous 3 drafts. Did patience pay off for anyone at that position? And how else did strategies differ?