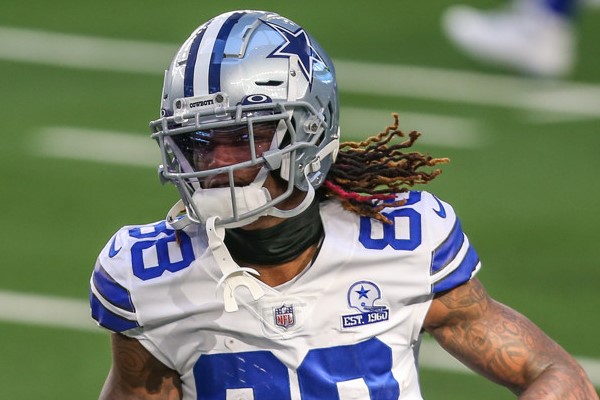 There is plenty to get excited about with this former 1st-round pick, and it wouldn’t shock us if Lamb finishes 2021 as Dallas’ top-scoring fantasy WR. The only problem with his fantasy outlook is that drafters are extremely excited. As of this writing, Lamb sits 13th among wideouts in FFPC best-ball ADP -- going at the Round 3-4 turn.

Lamb is good enough to break into the position’s top 12 in his 2nd season, but sharing the field with Amari Cooper and Michael Gallup will make that more of a challenge than it might be in plenty of other places. We don’t want to be totally out on Lamb, but that WR13 price doesn’t come close to matching our WR22 PPR projection on him.

Cowboys WR CeeDee Lamb (concussion) put in a full week of practice and isn't listed on the final injury report. He'll play vs. the Saints on Thursday night and should be back in fantasy lineups as a WR1.

Cowboys WR CeeDee Lamb (concussion) put in a full practice on Monday. Barring a setback, he'll be back for Thursday night's game vs. the Saints.

Lamb expected back for Week 13

ESPN's Adam Schefter confirms that Cowboys WR CeeDee Lamb (concussion) is expected back for Thursday night's game vs. the Saints. Lamb couldn't quite get cleared for the Thanksgiving game against the Raiders but should pass protocol soon, barring a setback. WR Amari Cooper is also eligible to come off the COVID list before the Saints game.

Lamb OUT for Week 12

Cowboys WR CeeDee Lamb (concussion) is out for today's game vs. the Raiders, NFL Network's Tom Pelissero reports. Lamb has made some progress through the protocol but was always a long shot to get cleared for this Thursday game. With WR Amari Cooper (COVID) also out, Dallas is down to WRs Michael Gallup, Cedrick Wilson, Noah Brown and Malik Turner. TE Dalton Schultz should also play a big role in the passing game today.