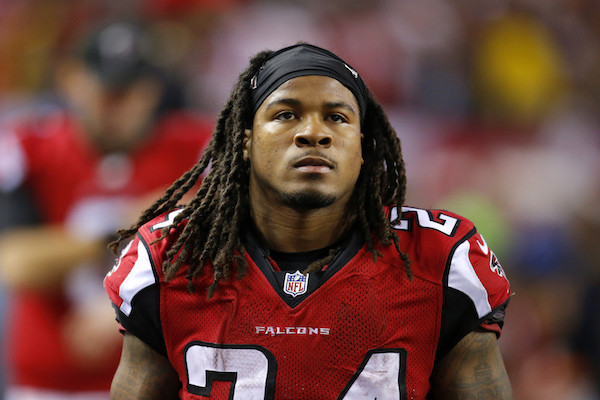 Week 12
Freeman rushed 16 times for 52 yards in the Ravens' Week 12 win over the Browns.
Freeman remains the Ravens lead back even with Latavius Murray getting healthier coming off his high-ankle sprain.
Freeman had 8 more carries than Murray and was much more effective even though he averaged just over 3 yards per carry.
Freeman should be used as a volume-based RB2/3 in a great matchup against a struggling Steelers defense.
Week 11
Freeman rushed 16 times for 49 yards and 1 TD in the Ravens' Week 11 win over the Bears, adding 6 receptions for 31 additional yards.
Freeman was the Ravens top back even with Latavius Murray returning to the lineup (22 touches to 12). It was promising to see Freeman add 6 receptions, as well. He ended up with the game-winning TD to cap an impressive 2-minute drill from Tyler Huntley and the Ravens offense.
Freeman and the Ravens take on the Browns in Week 12 where Freeman should be used as an RB3 or flex option.
Week 9
Freeman enjoyed his best game as a Raven in Sunday’s OT win over the Vikings. He opened the game in the backfield, led Baltimore RBs with 13 carries and caught a late 2nd-quarter TD.

Freeman claimed 4 of the mere 5 RB rushing attempts Baltimore deployed in the 1st half, and all 3 RB targets for the game. He did split OT work with Le’Veon Bell (4 carries apiece) and ceded a 4th-quarter TD plunge to Bell. But Freeman ultimately played 57 snaps to just 23 for Bell and 18 for Ty’Son Williams.

Baltimore’s schedule is nothing special for RB scoring the rest of the way (8th toughest by our adjusted fantasy points allowed). Freeman’s 5.7 yards per rush through 7 games with the team, though, shows the assistance from sharing the field with Lamar Jackson.

We’ll see how the backfield breaks down when Latavius Murray is back healthy. We wouldn’t be surprised, though, if Freeman stays ahead of him in touch distribution.

The Ravens promoted RB Devonta Freeman to the active roster. He gets the call over RB Le'Veon Bell, at least for this week. We're projecting the pecking order in the backfield vs. Kansas City to be Ty'Son Williams, Latavius Murray and then Freeman -- but we'll continue to keep a close eye on this backfield.

The Ravens have signed RB Devonta Freeman to their practice squad. "The idea is that Freeman will be promoted to Ravens’ active roster," ESPN's Adam Schefter tweeted. It's unclear when Freeman will be ready to join the active roster. He joins Le'Veon Bell on Baltimore's practice squad, with Ty'Son Williams and Trenton Cannon on the active roster. There's a lot of settling that needs to happen in this backfield. In the short term, Williams is the best fantasy bet.

The Saints released RB Devonta Freeman. The 29-year-old mustered just 3.7 yards per carry this preseason and is just about out of gas. We'll see what New Orleans does with RB Latavius Murray, who's been mentioned as a cut candidate.

The Saints reached a 1-year deal with RB Devonta Freeman on Saturday, following a tryout for the veteran. Freeman obviously won't challenge the roles of Alvin Kamara or Latavius Murray, but figures to compete with Tony Jones Jr., Dwayne Washington and rookie Stevie Scott for a spot behind them. Freeman averaged just 3.2 yards per rush over 54 carries with the Giants last year and made a stop on Buffalo's practice squad before getting to New Orleans. He turned 29 in March.

The Bills have signed RB Devonta Freeman to their practice squad, ESPN's Adam Schefter reports. It's possible that he's elevated and active for Saturday night's game against the Ravens after Buffalo lost RB Zack Moss, but Freeman wouldn't be a fantasy option.